The 2020 US airstrike that killed Iranian commander Qassem Soleimani in Baghdad continues to be a sore point between the US and Iraqi governments. 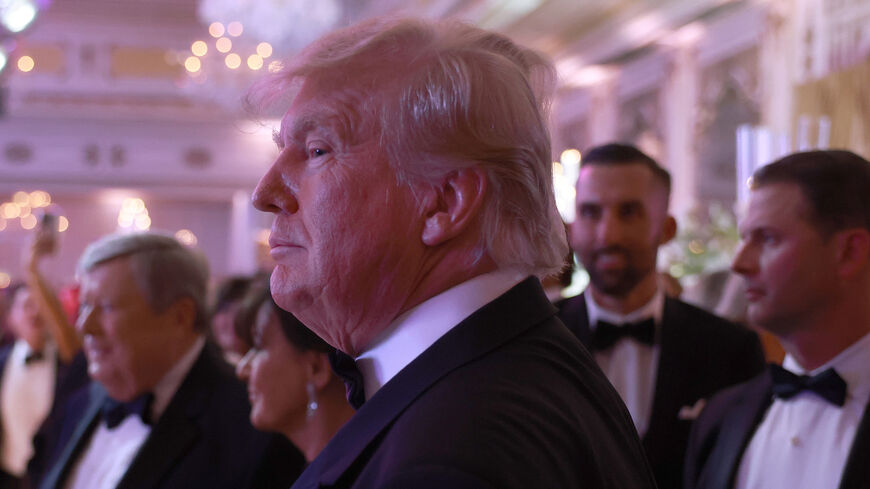 Former US President Donald Trump greets people as he arrives for a New Year event at his Mar-a-Lago home on Dec. 31, 2022, in Palm Beach, Florida. - Joe Raedle/Getty Images

Iraq’s Supreme Judicial Council again brought up an arrest warrant for former US President Donald Trump on Thursday in connection to the 2020 assassination of the Quds Force commander Qassem Soleimani and the leader of the Iraqi militia.

The council's president, Faiq Zidan, said that Trump is wanted for his “crime” in relation to the assassination of the “leaders of victory" and said an arrest warrant was issued. He made the remarks in front of a picture of Soleimani and Abu Mahdi al-Muhandis, the former leader of the Iran-backed Kitaib Hezbollah militia in Iraq.

“The court will not hesitate to take legal action,” said Zidan, as reported by the official Iraqi Media Network.

Soleimani and Muhandis were killed in a US drone strike in Baghdad on Jan. 3, 2020. Trump ordered the attack in response to Iran-backed militia supporters storming the US Embassy in Baghdad in the days prior, as well as attacks on US military forces in Iraq in 2019.

Iraq's Supreme Judicial Council issued a warrant for Trump in 2021 over the Soleimani killing. It was unclear whether Zidan's remarks Thursday indicated new legal action or a reiteration of the 2021 warrant. Zidan did not immediately respond to Al-Monitor’s request for further details.

It is highly unlikely Iraqi authorities would ever arrest Trump. World leaders have historically been tried in domestic courts within their countries or by international tribunals. The Hague-based International Criminal Court, aka ICC, has conducted legal proceedings against world leaders in the past, such as former Sudanese ruler Omar Bashir.

Why it matters: The US government has poured trillions of dollars into Iraq since it invaded the country in 2003 and deposed longtime ruler Saddam Hussein. The United States and Iraq work together on fighting the Islamic State and have diplomatic relations, but the assassination of Soleimani remains a sore point between the two countries.

Iran-backed militias in Iraq planned protests this week for the third anniversary of Soleimani’s death.

Much of Iraq’s current leadership consists of Iran-aligned politicians. Many Iraqi civilians, however, rejoiced when Soleimani was killed. The Iran-backed militias are unpopular among some Iraqis.

Know more: The Islamic Republic of Iran also continues to pursue the case of American responsibility for Soleimani’s death. This week, the Iranian judiciary said it identified 94 US citizens allegedly involved in the assassination.

Editor's note: this article was updated to clarify that Iraq's Supreme Judicial Council first issued a warrant for Trump in 2021.