The charge of premeditated murder carries a death sentence under Iraqi law but is not likely to be enforced. 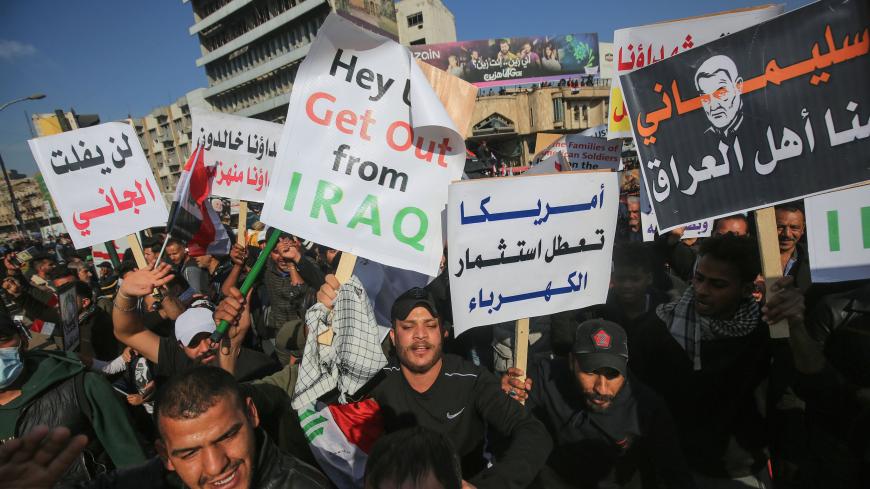 A judge in Baghdad has issued a warrant for the arrest of US President Donald Trump over the assassination of Iranian Maj. Gen. Qasem Soleimani and Abu Mahdi al-Muhandis, along with eight other people in the Iraqi capital last year.

The charge, filed in a criminal court as part of an investigation into the assassination, accuses Trump of premeditated murder, but it is unlikely to be enforced. Trump leaves office in just under two weeks and has no public plans for a trip to Iraq before then.

The warrant was issued after the judge received statements from family members of Muhandis, the de-facto leader of Iraq’s pro-Iran Hashid Shaabi groups and a close associate of Soleimani.

Soleimani, who commanded Iran’s elite Quds Force of the Islamic Revolutionary Guard Corps, played a lead role in exploiting conflicts in the region to expanding Tehran’s influence via local militias, particularly in Syria and Iraq.

Trump reportedly ordered Soleimani assassinated after an American military contractor was killed by a rocket strike on Kirkuk’s K1 military base. The United States blamed that rocket barrage, as well as many prior and since, on Iran-linked militias.

The Iranian general’s killing brought the United States and Iran to the brink of war and launched a diplomatic crisis between Washington and Baghdad.

Iran retaliated for the assassination by launching ballistic missiles at two military bases housing US troops in Iraq. That attack caused concussive injuries to more than 100 American personnel.

The UN’s special rapporteur for extrajudicial and arbitrary executions, Agnes Callamard, dubbed Soleimani’s assassination “unlawful” last year. Callamard reported that the strike violated the UN charter and that the United States had failed to provide evidence that Iran was planning an “imminent attack” — a claim US officials put forth in the wake of the killing.

Though rocket strikes on US positions in Iraq have continued, the anniversary of Soleimani’s killing passed without major incident earlier this week despite continuing vows of revenge from Iranian leaders and Tehran-backed proxies in the region. Tens of thousands of people gathered in Baghdad on Jan. 3 to commemorate Soleimani and call for revenge.

Iran’s government has again requested Interpol issue a red notice for the arrest of Trump and 47 other US officials on allegations of “murder and terrorism” in connection with last year’s drone strike.