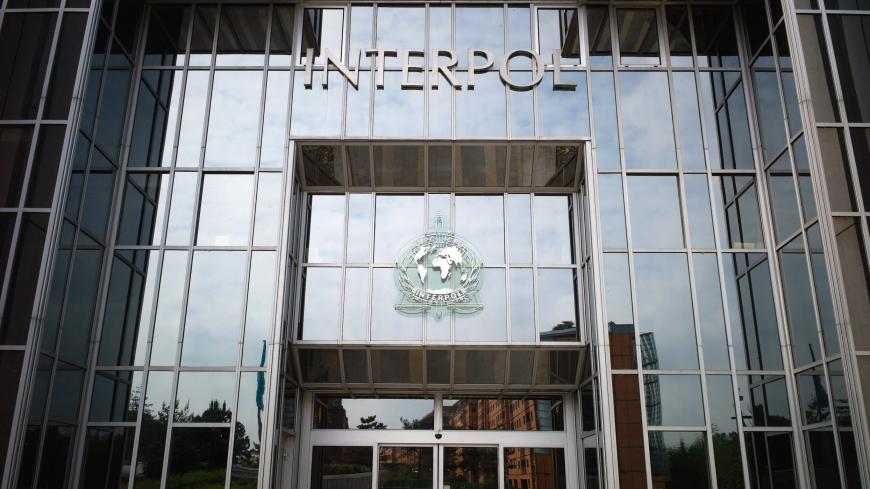 This picture taken May 6, 2010, shows the entrance of the international police organization Interpol's headquarters in Lyon, eastern France. - JEAN-PHILIPPE KSIAZEK/AFP via Getty Images

Iran has again asked Interpol to issue a “red notice” for President Donald Trump and 47 other US officials the country blames for the assassination of Iranian commander Qasem Soleimani last year.

"The culprits have been identified," Iran’s Mehrs News Agency quoted judiciary spokesman Gholamhossein Esmaili as saying in his weekly press conference. Esmaili described Trump as the “main culprit” in Soleimani’s death, along with officials at the Pentagon and US forces in the region.

When the France-based international police organization circulates a red notice, law enforcement agencies around the world are asked to locate and provisionally arrest suspects who are wanted for extradition.

Iran's request to Interpol is the second such ask it has made of the France-based international police organization this year. In June, Tehran requested Interpol’s help arresting Trump for “murder and terrorism charges” in connection with Soleimani’s killing.

Interpol responded with a statement saying its constitution and rules prevent the agency from carrying out “any intervention or activities of a political, military, religious or racial character.”

Soleimani, who died in a US drone strike near the Baghdad airport in January 2020, led the clandestine foreign wing of the Islamic Revolutionary Guard Corps, known as the Quds Force. Trump said he ordered the operation against Iran’s most powerful military commander to prevent planned attacks on Americans.

The assassination brought Tehran and Washington to the brink of war. Iran responded with a ballistic missile attack on the Ain Al-Asad Airbase in western Iraq that left at least 34 American troops with traumatic brain injuries.

Tensions between the two countries grew with the Trump administration’s exit from the landmark Iranian nuclear agreement in 2018. The White House has since carried out a “maximum pressure” campaign of sanctions designed to isolate Iran economically so that it’s forced to strike a tougher nuclear deal.

President-elect Joe Biden has pledged to reenter the nuclear pact if Iran returns to strict compliance under the agreement. Those efforts will be complicated by Iran’s announcement Monday that its Fordow nuclear facility has resumed enriching uranium to 20%, a major breach of the original agreement.