President Hassan Rouhani has criticized the conservative Guardian Council for disqualifying Reformist and moderate candidates from running the upcoming elections. 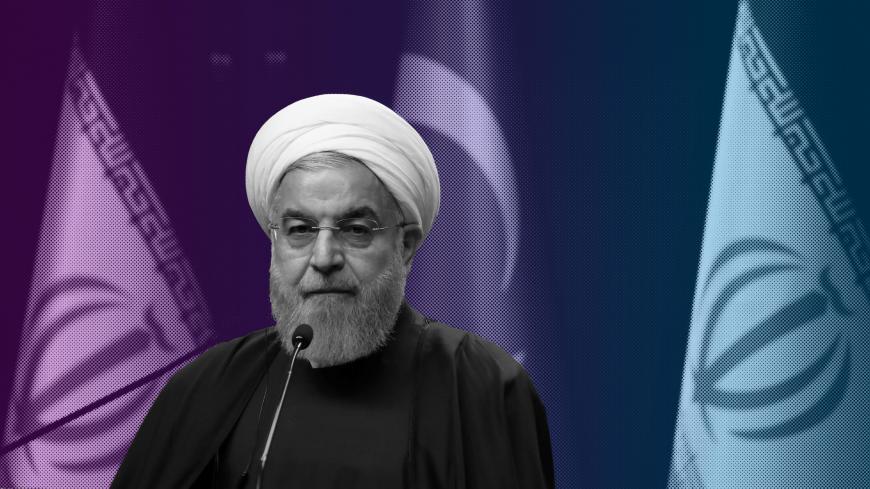 President Hassan Rouhani spoke today at a ceremony for the Central Bank, where he discussed rising tensions with the United States and Iran’s upcoming parliamentary elections, in which a number of Reformists and moderates were banned from running by the conservative Guardian Council.

Regarding Iran’s bombing of the US Ain al-Assad base in Iraq in retaliation for the US strike that killed the Islamic Revolutionary Guard Corps' Quds Force commander Qasem Soleimani, Rouahani said, “It is very few countries that bomb a [US] base.” He added, “It is very important that we can shake their base in the middle of the night and keep the Pentagon up for 24 hours and leave them no options but to retreat from their threats.” Rouhani was referring to President Donald Trump’s tweets that he will target 52 Iranian cultural sites if Iran retaliates for the killing of Soleimani.

Rouhani also stressed the importance of high participation rates in the parliamentary elections scheduled to take place in February.

On Jan. 12, Iran’s 12-member conservative Guardian Council — half of which are selected directly by Supreme Leader Ayatollah Ali Khamenei and the other half nominated by parliament — disqualified dozens of current parliamentarians from running again, specifically Reformists and moderates. The disqualifications included some well-known Reformists and moderate figures such as Mahmoud Sadeghi and Ali Motahhari.

In response to his disqualification, Motahhari, who has been a member of parliament since 2008 and is the son of Morteza Motahhari, one of the main theoreticians of the Islamic Republic, said he believes he was disqualified because he held views that are in opposition to some held by Supreme Leader Ayatollah Ali Khamenei. According to Khamenei, however, Khamenei himself has welcomed those with differing views, meaning the Guardian Council is operating contrary to Khamenei’s own wishes.

Yesterday Rouhani was much more forceful in his criticism of the Guardian Council’s decision to disqualify so many candidates. “This way is not an election," Rouhani said. "This is not diversity.” He told the council it was making “a large population into the opposition.”

Rouhani invoked Soleimani, saying that he was a non-partisan figure who got along with all political factions in the country and would seek everyone’s counsel. “Let’s implement the philosophy of Soleimani; let’s become one and stand next to each other,” Rouahani said.

Rouhani’s message of national unity did not sit well with the Guardian Council. In a statement, it said, “In a situation where the country needs unity, officials’ comments are expected to be more thought out and refrain from creating tension.” The statement also accused the president of being “uninformed” on how the qualification process for candidates works.