Iranian President Hassan Rouhani has once again raised the issue of the Guardian Council's role in the elections. 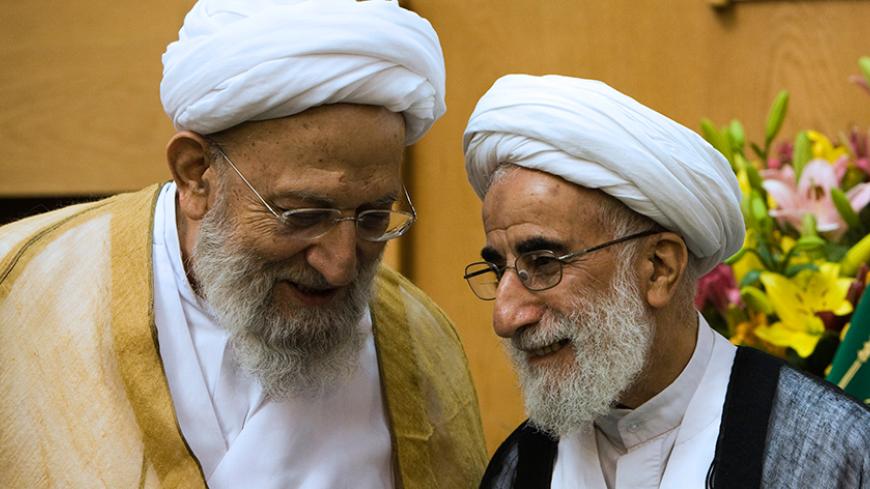 One of the main obstacles for Reformist-minded and independent politicians in Iran has been the conservative-dominated Guardian Council, which vets candidates for elections. One of the most memorable moments of the Guardian Council was the mass disqualification of thousands of Reformists and independent candidates, including dozens of sitting parliamentarians, ahead of the 2004 elections. Perhaps attempting to pre-empt another move by the Guardian Council to disqualify candidates who would work constructively with his administration, President Hassan Rouhani has once again challenged the council’s role in elections.

Rouhani was immediately criticized for his comments in August by a number of conservative officials, including the head of the Islamic Revolutionary Guard Corps, Mohammad Ali Jafari, who accused Rouhani of attempting to “weaken one of the pillars of the Islamic Revolution.” Supreme Leader Ayatollah Ali Khamenei also came to the Guardian Council’s defense saying Sept. 9 that some of the criticism of the council was “illogical.”

Rouhani’s attempt to rekindle this controversy ahead of the February 2016 elections could be viewed also as a tactical attempt to give hope to like-minded candidates to register for the elections.

With many prominent Reformist candidates sidelined it is not clear how these various political groups will approach the elections. Saeed Hajjarian, prominent Reformist theoretician, told Seda magazine that apolitical candidates with specific expertise will dominate the future parliament rather than a specific party. He said the primary reason is “the supervisory institutions will to a large degree block serious and well-known Reformists.”

Mohammad Reza Aref, the only Reformist in the 2013 presidential elections who eventually pulled out in favor of Rouhani after party leaders convinced him to not divide the vote, has announced he will run in the parliamentary elections. He spoke Dec. 6 at Sharif University of Technology in Tehran about the possibility of the disqualification of candidates. “Our expectations are that officials act according to the law,” he said. “We have to follow the example of the 2013 elections. We have formed a consultative working group within the Reformist’s Electoral Policy-Planning Council and we are consulting with election officials. If one of our rights is taken away, we will pursue it legally.”