Will Netanyahu go to prison? 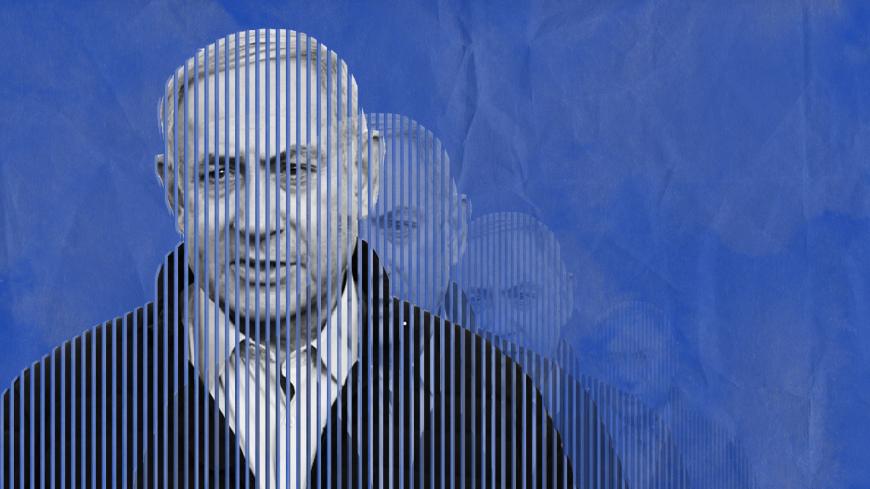 Prime Minister Benjamin Netanyahu served as a combat soldier and officer in the Matkal commando unit, the most elite unit in the Israel Defense Forces. The unit’s activity usually takes place behind enemy lines and requires precise, long-term planning. Soldiers train on models, every detail is learned in-depth, and a back-up plan is prepared for every possibility, including various extraction operations in the event the unit gets into trouble. Now, in 2019, almost five decades after he completed his military service, and with an indictment for bribery hovering over him, does Netanyahu have a backup plan? Is he preparing himself for an emergency extraction at the very last moment so that he can avoid the fate of his predecessor Ehud Olmert? Is he ready for some operation or other that will prevent him from becoming only the second Israeli prime minister to serve time behind lock and key?

When the police began “looking into” him at the order of Attorney General Avichai Mandelblit, Netanyahu was convinced the case would never blow up into a full-fledged criminal investigation. When the investigations against him began, Netanyahu in 2017 came up with the slogan “There won’t be anything because there wasn’t anything.’’ He seemed confident the investigations would end without any charges whatsoever. When the police recommended an indictment, he appeared confident the state attorney’s office would not accept the recommendation and would close the cases against him. When the state attorney’s office decided that it would indict him for bribery, Netanyahu claimed the attorney general — the highest hierarchy, above the state attorney — would realize how absurd it was and close the cases against him without any charges at all. When the attorney general decided to indict him, subject to a hearing, but reduced the charges in two of the cases from bribery to fraud and breach of trust, Netanyahu declared, “This house of cards will collapse.’’ The hearing is now over, the house of cards is as stable as ever, and the cases against him did not collapse. The indictment was made and presented to the Speaker of the Knesset.

Now Netanyahu has 20 days to decide whether he will ask the Knesset for immunity. Given the current makeup of the Knesset, Netanyahu’s chances of receiving immunity tend toward zero. Suddenly, the possibility of him ending his career in the VIP cell of Maasiyahu Prison seems very real. On a clear day, Netanyahu can already smell the scent of disinfectant. He hates that smell.

Apart from requesting immunity, Netanyahu can also decide to fight the charges against him in court. This is an unlikely scenario. Netanyahu celebrated his 70th birthday this October. The possibility of spending the next few years in court does not appeal to him at all. Meanwhile, the best legal minds say there is absolutely no chance of him being fully acquitted in all three cases, so that the likelihood of him dealing with an active prison sentence is real. Should that happen, he will appeal the sentence and the process will continue for a few more years. Could Netanyahu possibly go to prison, when he is almost 80 years old? Can the State of Israel handle that?

Given this situation, Netanyahu has two alternative plans to extricate himself from this imbroglio. He can either request a pardon, or he can reach a plea deal with the attorney general in which he admits to reduced charges and receives a fine and suspended sentence instead of active prison time. In both cases, he is significantly behind, making it harder for him to achieve his objective.

At this point, Netanyahu doesn’t even want to hear about a plea bargain. The possibility of him being convicted of a crime terrifies him. It would have far-reaching consequences. Apart from the mark of shame he will forever bear, Netanyahu will also no longer be unable to obtain a work permit in the United States. This means he will be stripped of his primary source of income: polished lectures in the United States for hundreds of thousands of dollars a pop.

Two years ago, Netanyahu’s late lawyer — the legendary Yaakov Weinroth — recommended he try to make an early exit. Before the final investigations took shape and before the police, state attorney’s office and the attorney general himself announced their recommendations, Weinroth concluded the charges were serious, there was basis for them and Netanyahu had better work quickly to close a deal with Mandelblit. In other words, he would retire from political life in exchange for the cases against him being closed. Netanyahu already went through this in 2000, when then-Attorney General Elyakim Rubinstein decided to close a criminal case against him that included a recommendation that he stand trial. Instead, he made do with releasing a public report about Netanyahu’s behavior. At the time, Rubinstein believed that when Netanyahu retired, he had no plans to make a comeback. He was wrong. Netanyahu did make a comeback. Now, the criminal charges against him are making a comeback too. This time, they are even more serious than before, and they will not be closed. Quite the opposite. They are wide open.

Just a few months ago, Netanyahu was in indirect negotiations with the state attorney’s office, sending out feelers about the possibility of a pardon. He prefers a pardon over a plea deal. A pardon means that there is no conviction and no punishment. Netanyahu can walk away without paying any price for what he did. But nothing came of these discussions. People close to the attorney general have made it perfectly clear that if Netanyahu’s attorneys had approached him about this, it would be discussed with all due gravity and seriousness. On the other hand, they also hinted that the possibility of a full pardon is unreasonable. After former Prime Minister Olmert spent time in prison for far less serious charges, an overriding pardon for Netanyahu would not stand the test of a Supreme Court hearing.

But now, the possibility of Netanyahu obtaining a pardon is back, and in a big way. As usual, the person who tossed the bomb and is enjoying every moment of it is the “Great Satan” himself, as Netanyahu’s associates call him — Yisrael Beitenu leader Avigdor Liberman. In an interview with Ynet on Dec. 12, Liberman said, “I will support a pardon for Netanyahu in exchange for his departure from politics. Instead of immunity, he will be able to retire with dignity.” To underscore this, he added, “In general, the Knesset is fed up with Netanyahu. He has become a burden. Every soccer player should know when it’s time to hang up his shoes.”

Al-Monitor has learned that during the last effort to form a unity government made up of Likud and the Blue and White party, feelers continued to be sent out about the possibility of granting Netanyahu a pardon. These involved some of the top legal minds of the past, as well as people in Netanyahu’s innermost circle. The biggest problem facing the prime minister is the foul mood surrounding him at home, in his residence on Balfour Street. His wife, Sara, and his son, Yair, are firmly opposed to any compromises or other attempts to take a step back. This leaves Netanyahu torn between the options. The first is continuing his more pugilistic approach — that is, hoping for a miracle — which would allow him to form a right-wing, ultra-Orthodox immunity government after the election in March, and to carry on from there. The second option is facing up to the sober reality that he is racing toward a cement wall at jet speed, with the gates of Maasiyahu Prison silently looming right ahead of him. He will have to decide very soon what his next step will be.