Is Bibi's massive fundraising network about to collapse?

Police are looking into alleged donations of money and gifts by foreign businesspeople to Prime Minister Benjamin Netanyahu and his family members. 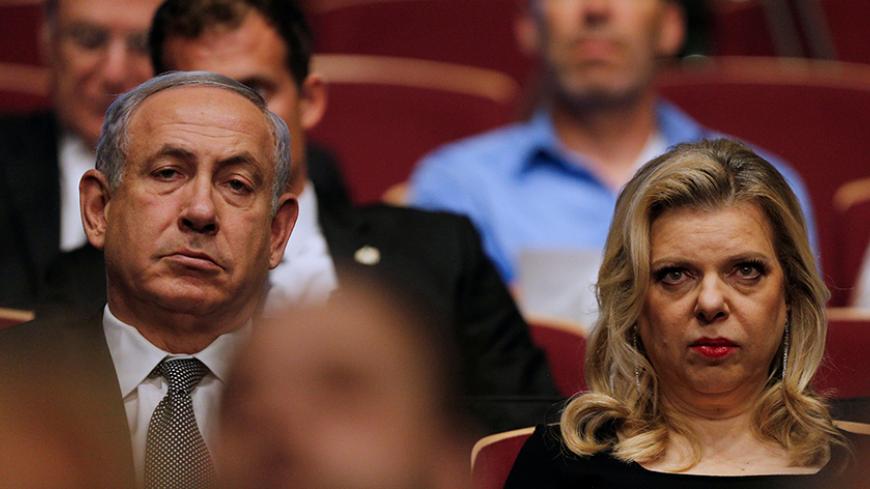 The entire Israeli political system has its eyes on a man named Ari Harow, a Los Angeles-born Israeli who immigrated to Israel at the age of 12. Harow, an orthodox redhead Jew, lives in a settlement in Samaria. He had been the director of Prime Minister Benjamin Netanyahu’s fundraising efforts in the United States at the beginning of the 21st century, and then served as CEO of the American Friends of Likud organization, before being appointed Netanyahu’s chief of staff, when the latter was the chairman of the opposition and prime minister. Harow served two terms in this capacity; between the two terms he founded in 2010 3H Global, a private company providing strategic consulting services.

On July 14, Harow was detained at Ben Gurion International Airport and questioned under caution by major crimes' unit Lahav 433, the Israeli police’s main investigation unit. Since then, Harow has been interrogated for almost 30 hours and placed under house arrest for five days. The probe is focusing on the activities of Netanyahu. Unless there are surprising developments, the probe will soon become a criminal investigation under caution against the prime minister, after which the entire Israeli political system will likely enter a period of turmoil that can lead to several unpredictable scenarios, including swift, early elections.

But Harow will not be the only one interrogated in the current probe against Netanyahu. The police have started probing in detail the enormous fundraising system built by Netanyahu over the last two decades. The cornerstone of this entire apparatus was laid when Netanyahu was Israel’s ambassador to the United Nations from 1984 to 1988, but the system was improved and strengthened over the years.

Netanyahu has detailed lists of scores of benefactors; many are “deep-pocket” billionaires such as Ronald Lauder, Robert Rechnitz, Michael Segal, Morad Zamir, Ira Rennert and many others. Netanyahu keeps a detailed list that includes a "score" for these wealthy men. The score is a composite of the person’s wealth, his closeness to Netanyahu and his willingness to contribute. During Netanyahu’s many visits to the United States, some of those on the list visit Netanyahu at the hotels he stays in.

In 2014, during a visit to New York, Netanyahu dined in the prestigious Chart House restaurant on the New Jersey waterfront. Several of the people on the list were there with him. Netanyahu invests significant effort in maintaining contact with the generous friends who are part of his exclusive donors’ club by inviting them to public events, such as his speeches at the UN General Assembly and the US Congress, and by giving them much attention. For the first time since he entered public life, the police have their eye on what transpires behind the scenes of Netanyahu’s hidden world; Harow is only the first of many expected to be investigated and give their version of events.

Ever since the “Netanyahu probe” began (it is not a criminal investigation officially at this time) numerous statements have appeared about it in the media. On July 8, the probe was reported to be focused on suspicions of money laundering, while on July 18, it was reported that significant sums of money were transferred to Netanyahu’s family members. On the evening of July 19, Channel 2 News talked about expensive gifts that Netanyahu's wife, Sara, received from her husband's close associates.

Attorney-General Avichai Mandelblit claimed, when he appeared before the Knesset July 18, that most of these publications are not accurate. It is in fact Mandelblit who will decide in the near future whether to ratchet up the status of police activity regarding the prime minister, from probe to full criminal investigation. Such a move would be viewed as an earthquake in Israeli politics. This is in spite of the fact that ever since Netanyahu’s former tenure in 1996, all Israeli prime ministers have undergone some kind of probe. Ehud Olmert, for instance, was convicted and sentenced to prison for his actions.

According to one of the media reports, the Netanyahu probe is also connected to Jewish American businessman Jona Rechnitz, who is now embroiled in a federal investigation in New York on suspicion of giving large-scale bribes to New York policemen. Rechnitz is the son of Robert Rechnitz, Netanyahu’s old friend and contributor. (The father has no connection to the son’s federal investigation.) In fact, the elder Rechnitz was one of the guests at Chart House with Netanyahu in 2014. It is presumed that the FBI is now cooperating with the Israeli Police, and investigatory material is being shared by the two sides.

According to several sources familiar with the current probe, Israeli Police have already examined bank accounts and intends to submit requests for formal judicial inquiries abroad. The key question is whether any of the people who helped Netanyahu build and reinforce his fundraising system over the years are ready to give information to the police — perhaps in exchange for receiving the status of state witness. Harow is not the only one who could be offered such a deal.

Netanyahu has already undergone a number of investigations in his life. In 2000, he was investigated after his first term of office in an embarrassing affair involving allegedly receiving gifts and funding private expenses at the state’s expense. At the conclusion of the investigation, the police and state attorney recommended that Netanyahu and his wife be indicted. However, then-Attorney General Elyakim Rubinstein took into account the fact that Netanyahu had retired from political life after his defeat in 1999 to Ehud Barak; thus, the case was closed. Rubinstein did not know that Netanyahu would make a comeback and be re-elected to the premiership, a position that he has been holding now for more than seven consecutive years. Meanwhile, a few months ago, the police recommended that Sara Netanyahu be indicted for various offenses she ostensibly committed in the affair that has been nicknamed “the prime minister's residences.”

It is hard to anticipate how this affair will end, but one thing is clear: The almost-complete immunity enjoyed by Netanyahu in the Israeli law enforcement system over the last seven years has come to an end.

Former Attorney General Yehuda Weinstein had been the personal attorney of the Netanyahu couple during the investigation in 2000. He adopted a problematic passive, sluggish policy and spirit that blocked all attempts to examine the claims against Netanyahu. Retired Maj. Gen. Mandelblit, the current attorney general, former Israel Defense Forces chief military advocate general and Netanyahu’s government secretary for the last four years, is cut from an entirely different cloth. In the coming weeks, he will have to gather all the integrity and courage he can muster to decide what to do. ​