Prime Minister Benjamin Netanyahu must have considered beforehand what would exactly happen as a result of the elimination of Islamic Jihad senior Bahaa Abu el-Atta, including the elimination of the option of a minority government under Benny Gantz. 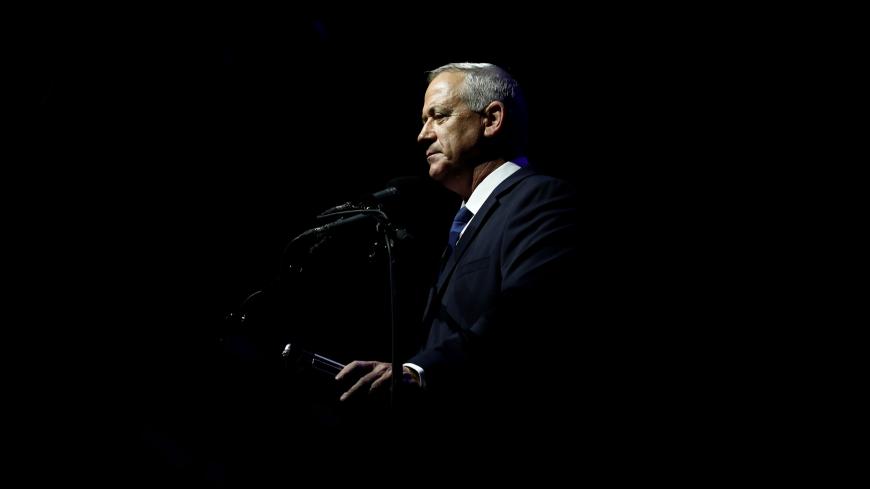 There’s no need to attribute any cynical or dark motives to Prime Minister Benjamin Netanyahu in order to conclude that Israel’s assassination of Islamic Jihad senior Bahaa Abu el-Atta on Nov. 12 would make the possibility of Blue and White leader Benny Gantz forming a narrow government much less likely than it was on the eve of this targeted assassination.

It is no big secret that the defense establishment provides Israel’s decision-makers with a list of physical and human targets for elimination. Nor is it a secret that there is a lively discussion between professionals and decision-makers before any final decision to embark on such a mission. Virtually all the human targets on the list are people plotting to hurt Israel and Israelis. Furthermore, it is highly likely that with them out of the picture, Israel would suffer less losses and the level of threat could diminish. But there are always other considerations before the decision is made to embark on what is, effectively, a sort of an extrajudicial execution, as compared to killing people in war. One such factor involves estimates of the intensity of the response by the injured party. Another involves the secondary damage that could be caused by attacking the target. Many “targets” have never been hit because decision-makers determined that the cost of the operation exceeds its benefits, or because they did not want to risk harming large numbers of people, who happened to be in the proximity of the target of the attack.

This could be why, as Yisreal Beitenu leader Avigdor Liberman claims, he suggested targeting Abu el-Atta a year ago. But Netanyahu refused — of course. (Mention of discussions between the prime minister and his defense minister are extraordinarily rare, and the content is not usually released at all.) The prime minister had second thoughts about his decision on two separate occasions. The first was right before this September’s election when Netanyahu saw where he stood in the polls and decided that a military operation could help him. The second happened in the past few days, when he saw that the possibility of a minority government with outside support from the Arab Joint List was beginning to take shape, and he feared that he could lose his job not only for half a term — in a unity government with a rotation agreement — but for the entire time the new government is in office.

Justification for killing a target is always available. It was there when the assassination was suggested (by Liberman), and it was there the second time, too (prevented by Attorney General Avichai Mandelblit, who worried that it could lead to a full-blown conflict without first convening the Cabinet). And it was available again last week. Abu el-Atta planned attacks against us. He was hardly innocent. The briefing provided to Gantz right before the operation was a calculated move and a major success, at least as far as Netanyahu was concerned. In theory, he was not obliged to inform Gantz, because Gantz is not head of the opposition. To onlookers, however, Netanyahu was being very fair-minded in his decision to update his political rival. He may have even received some operational advice from former Israel Defense Forces Chief of Staff Gantz, not to mention his eager support.

Gantz fell into a trap, set by a far more experienced politician. As a reminder, late Prime Minister Yitzhak Rabin was a run-of-the-mill Knesset member from the Labor party in 1982. At the time, during the First Lebanon War, he visited Lebanon together with then-Defense Minister Ariel Sharon. He then made the professional recommendation that water be cut off to the people under siege in the Land of Cedars. The incident offers some insight into the current situation. Rabin was one of the most fervent opponents of the Lebanon war. He spoke frequently about how Sharon was looking for a “detonator” to use as an excuse to implement his grandiose plans. Once the war started, however, Rabin took the side of the government. He saw himself as a retired chief of staff advising his former adviser, who was now serving as defense minister, on how best to succeed in an operation, even though he opposed it initially.

Netanyahu achieved his objective as soon as his political opponents positioned themselves squarely by his side, with the most vociferous opposition to the move coming from the Arab Joint List. The objection of the Israeli-Arab Knesset members offered Netanyahu an opportunity to lash back at them: Now, at the moment of truth, after the Jewish people ended the life of that miscreant in a bitter fight for survival, Arab politicians are waging battle against that very move. Are these the people that the Blue and White party hopes to rely on to form a government just a few days down the road?

With these arguments, Netanyahu gave a boost to those former Likud supporters now members of the Blue and White party, who oppose the creation of a minority government, preferring to hold a third election instead. And he made it more difficult for Liberman to consider the minority government option seriously, particularly given his instinctive anti-Arab sentiment and his reading of Yisrael Beitenu’s base.

Whenever Netanyahu feels pressured, he is willing to pay whatever it costs. He gave recently his mortal enemy New Right senior Naftali Bennett the most important Cabinet position (defense minister), solely because he was concerned that Bennett would fall into Gantz’s arms and form a center-right coalition with him. The same is true of the steep cost of paralyzing the economy as a result of rocket fire on Metropolitan Tel Aviv. It is more than just a stiff financial blow, which is being added to the cost of the last election and the growing national deficit. The real cost is giving a prize to a relatively small group of extremists in the Gaza Strip (Islamic Jihad), which succeeded in keeping 1 million students at home and in bringing the economy and social services to a halt, all because of that possibility that it would react harshly to the assassination.

With the help of Netanyahu, Hamas is undergoing a process of “PLO-ization.” It is becoming more established and responsible, but it still needs money to ensure that its institutions can function. For that purpose and others, it is willing to speak with anyone, including Israel. Furthermore, Hamas is not participating in Islamic Jihad’s massive rocket attacks (at least as of the writing of these lines), and for the first time, Israel is willing to accept its claim that it is not responsible for the missiles being fired from the Gaza Strip. On the other hand, under Netanyahu’s patronage, Islamic Jihad is becoming the new Hamas. It is determined, cruel and independent, and it avoids all contact with Israel.

It is hard to believe that as the most experienced person in the field, Netanyahu never considered what would happen as a result of this targeted assassination. It is reasonable to assume that when he first decided to launch the operation, he anticipated the response of the opposition, which has yet to be formed, as well as of Islamic Jihad, the Arab world and other major players. Likewise, it is reasonable to assume that he said to himself that the target was worthy of assassination, despite those anticipated responses, and that he would be eliminating a real miscreant. And if, as a result of this military operation, which will be hard to dismiss as unwarranted, the possibility of a minority government would also be eliminated, nothing could be more worthy. And so, the people of Israel are getting a bitter taste of the decisions made by a prime minister who will do anything to escape justice.