Translation into Hebrew of Palestinian and Arab novels and short stories opens a literary window for Israeli readers. 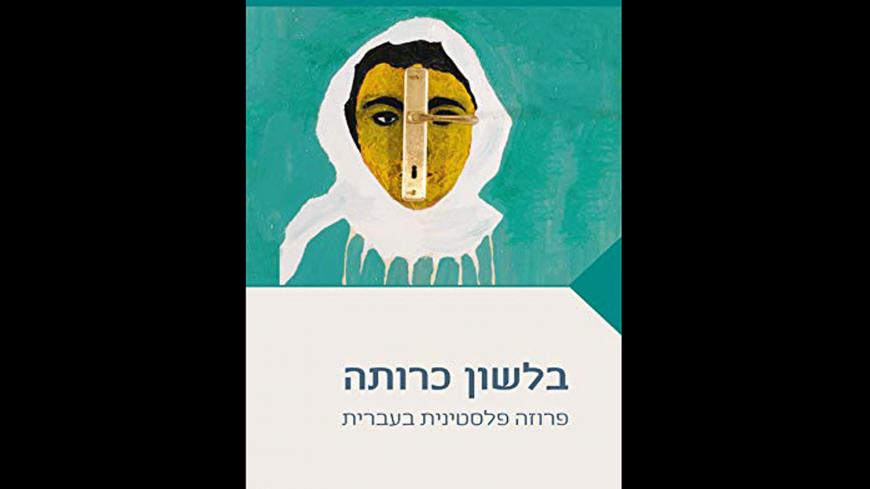 In the epilogue to the anthology "Amputated Tongue," a compilation of Palestinian short stories translated into Hebrew, Professor Yehouda Shenhav-Shahrabani, a sociologist and critical theorist, explains why the project he heads is important. Only 0.4% of Israeli Jews under the age of 70 can read the stories in the original Arabic language, he says. He also points to the fact that according to Israel’s National Library, less than 1% of all literature translated into Hebrew was written in Arabic, and 90% of the translators were Jews, with the culture gap clearly evident in the outcome.

Shenhav-Shahrabani is one of the founders of the Mizrahi Democratic Rainbow Coalition, a socio-cultural movement established by Israelis of Middle Eastern origins. He is the editor-in-chief of the Maktoob Group, which publishes translations into Hebrew of books written in Arabic. "Amputated Tongue" is the most recent one published. The Maktoob Group includes some 100 translators who translate from Arabic to Hebrew; they meet regularly in order to discuss issues of language and translation.

The stories of “Amputated Tongue," which all deal in various ways with language deprivation, is written by 57 Palestinian writers from Israel, the West Bank, the Gaza Strip and abroad.

The impressive compilation of contemporary Palestinian prose was translated into Hebrew according to a unique model by 36 translators, where one Arab and one Jewish translator collaborated. One-third of them were Palestinians. The short stories by some of the best Palestinian writers provide Israeli readers with more than a glimpse of entire lives lived in this land, and of this land.

The idea for the book came up almost four years ago at an editorial meeting of the Forum of Arabic-Hebrew Translators, which produces the Maktoob Series, the only project of its kind in Israel that makes Arabic literature and culture accessible to Israeli readers. The anthology editor, Rawya Burbara, a lecturer in the Arabic Literature Department at Oranim Academic College, told Al-Monitor that she proposed the idea of compiling short stories by Palestinian writers. “They told me, ‘Fine, it’s your idea, now please be the editor,'" she recalled.

“This is the first project in the world on which two translators — an Arab and a Jew — collaborate,” she noted, adding that the translation is not just of words, but of culture, too. She provided an example using the story “Umm Alhir” by Tawfiq Fayyad. Fayyad, who established Al-Ard literary movement in Israel in the 1950s along with Israeli Arab writer Emile Habibi, was deported to Egypt in 1974 when Israel outlawed the organization. Fayyad then moved to Beirut, where his wife was killed in Israeli shelling during the 1982 Lebanon War. He subsequently moved to Tunis.

“He wrote in the story that ‘the snake killed the feddan’ [unit used in some Arab countries to measure land]. The head of the translators’ forum, Dr. Yoni Mendel wondered how a snake could kill a plot of land,” she said. “I called Fayyad in Tunis and he said that I do not come from a family of farmers. The 'feddan' is in fact the oxen used to plough the land, meaning the snake killed the oxen and not the land.”

The project lasted three years. Its goal was to give a voice to Palestinian Arabic society in the hostile climate created by Israel’s right-wing regime that views Arabic as an enemy language — as made abundantly clear in the 2018 Nationality Law, which downgraded the status of Arabic as an official language. The anthology targeted those few Israelis who want to know more about Palestinians but have had little exposure to them until now.

“I contacted different authors who live in Gaza, Ramallah, Hebron, Tunisia, and it was hard to convince them to let us translate them into Hebrew,” Burbara said. “I told them that if they really want Jews to know them up close, they should allow me to translate their stories. I did not tell them which story to send — whether social or political; I told them to send whatever they want.” Much to her surprise, most of the stories she received were personal in nature, rather than political.

The first story in the compilation is by Gaza resident Sama Hassan, titled “No." It tells the story of a woman whose husband repeatedly rapes her, sometimes until she is bleeding, but she cannot utter the word “No." “… Over and over he cut into her flesh, which grew increasingly tough until she emitted a groan of pain. … You are nothing but the family’s property, was the first grating thought. Hands and womb, hands and womb."

I told Burbara that the story had shocked me. I put the book aside and could not continue reading for a few days. “We put ‘No’ first on purpose,” she explained. “We wanted readers to feel and tell themselves, ‘Wow, what is she telling us? How will we learn more about the women in Gaza who are not heard.’”

Sama Hassan is a pen name. That was the writer’s condition for agreeing to translation of her story into Hebrew. Another writer using the pseudonym Rar wrote “The Second Woman." “If people knew that she was telling the story of her father’s wife, she would be murdered,” Burbara said. “The story is about a young Israeli Bedouin woman from the Negev [Desert] who gets up early every day to serve her father, despite the pain in her leg. She prepares dough, gives him the bread, cleans the house, prepares his tea, and does not even have time to look in the mirror because she has to run to the bus stop that is half an hour away from her house. If she misses the bus, she will not make it to the university. She did not understand that she had to ‘forget herself at home’ on the day her father decided to take a second wife.”

Women penned only one-quarter of the stories, “despite our concerted effort to locate additional women who would agree to participate in the compilation,” Shenhav-Shahrabani said. One of these women is Burbara herself, who wrote a story titled “The Conviction," based on a course in rhetoric that she took during her studies at Haifa University.

There are, of course, also stories of a political nature. These include “The Land of the Sad Oranges" by Ghassan Kanafani, a Palestinian journalist and writer, and “This is What I Will Write When the Writing Comes to Me” by Elias Khoury, a Lebanese novelist who has written extensively on Palestinian issues and who once said in an interview with Israeli Yedioth Ahronoth newspaper, ‘’Our reading of their [Israelis] experience is a mirror to our reading of the Palestinian experience.”

Writer Idris al-Jaradat from Hebron tells of his desire to hold donkey protests at the Israeli army roadblocks in this West Bank town. “Even if I ask permission to import 100 donkeys from Cyprus, Israel will deny them entry. All I can do is wait until the end of the conflict to realize my donkey-ish protest,” he wrote.

The compassion-generating stories of the residents in the territories unfold before the Israeli reader for the first time. For example, Mahmoud Shakir from the East Jerusalem neighborhood of Jabel Mukaber writes about a taxi driver who saves the seat beside him for only one person in the world — Ronaldo, the Portuguese soccer legend he reveres.

Given the nationalistic climate in Israel, with a prime minister who incites hatred of Arabs, I asked Burbara how many Jewish Israelis she thought would read the book. “That is the million-dollar question,” she answered. “But I believe that if you start to drip water on a stone, it digs into its surface and leaves a mark. 'Amputated Tongue' is the first rain that will drip onto the Israeli stone and dig into it deeper and deeper.”