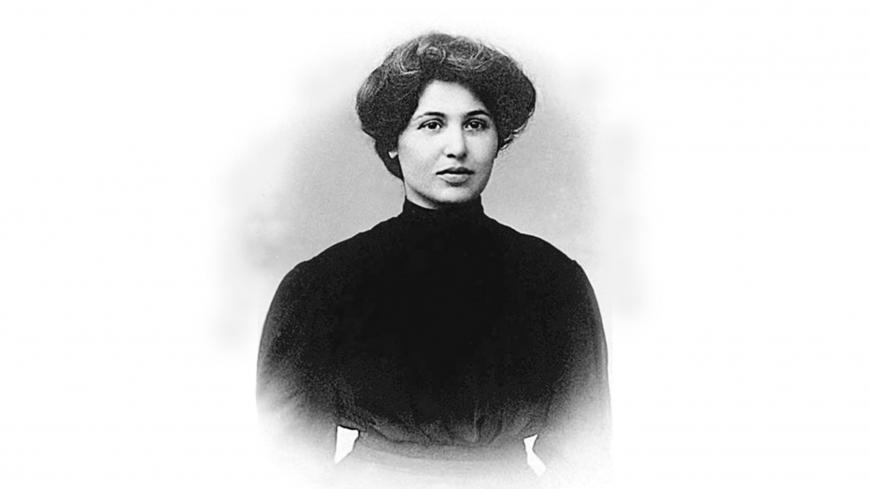 Now Aras Publishing has launched a children’s division and opened a new editorial office, built with donations from readers, that includes a space it hopes will forge deeper connections among its readers. The Zebal Yesayan Salon, named for the Ottoman-era feminist writer, hosts lectures, author readings and workshops. This month’s program includes discussions on being young and Armenian in Istanbul and one sultan’s fascination with the fictional detective Sherlock Holmes.

It’s a bold undertaking for an independent press at a time when speech is strictly policed in Turkey and discussions on constraints on its minorities and the World War I-era genocide of up to 1.5 million Armenians remain taboo. Even cultural endeavors carry risks: In October, the authorities banned an academic conference on Armenian history without offering cause.

“We want to build bridges through dialogue, and we’re doing it openly with knowledge, literature and culture. Could this lead to repercussions? Anything is possible in this country, but we have no choice but to try,” said editor-in-chief Rober Koptas.

“We are like seaweed clinging to the rock: We are among the last and we will continue to dwindle, but this is our way of leaving our mark.”

Aras released 20 books last year and almost 250 since it was founded in 1993 by a group of idealists including bestselling author Migirdic Margosyan and Hrant Dink, a journalist assassinated in 2007. From their offices in the 19th-century Hidivyal Palas in downtown Istanbul, editors pore over painstakingly translated novels, memoirs, research tomes and serialized books from long-vanished turn-of-the-century periodicals.

Once a world capital for Armenian publishing, Istanbul's first Armenian printing press opened in 1567, and by the 19th century, newspapers and bookmaking flourished there and in cities across Anatolia. “Akabi’s Story,” written in Turkish with Armenian characters in 1851, is widely considered to be the first Ottoman novel. But the industry cratered as Armenians’ fortunes turned. The massacres of up to 1.5 million Armenians beginning in 1915 spelled the near-obliteration of millennia of Armenian civilization in the land that is now in Turkey.

Today, Aras is Turkey’s only dedicated publishing house offering books in Western Armenian, the language spoken by most Armenians living in the Ottoman Empire and distinct from Eastern Armenian, used in the Republic of Armenia. Only 250,000 native speakers survive, mainly in Turkey, Lebanon, Syria, Europe and the Americas, according to the United Nations' cultural agency UNESCO which classifies Western Armenian as “definitely endangered."

About a third of the Aras catalog is in Western Armenian. Its core mission has become more urgent since the war began in neighboring Syria, where up to 70% of Armenians have fled nine years of conflict. “Aleppo sustained Western Armenian literature, but with the war, that tradition has been destroyed, leaving Beirut and Istanbul,” said Aras co-founder Yetvart Tovmasyan.

Armenian-language print runs are typically 1,000 copies and do not earn Aras a profit. “Publishing these books is financially difficult, but keeping Western Armenian alive is the reason for our existence,” said editor Lora Sari. A small fraction of its books is shipped overseas, but most of Aras’ readers are in Turkey, where 50,000 or so Armenians make up the largest Christian community in a country of 83 million people.

Sari is the director of Hippo, a division producing books in both Turkish and Armenian with a grant from the European Endowment for Democracy. “Armenian kids discover books not in Armenian but in Turkish. Without books, the loss of the mother tongue becomes inevitable. Already it’s difficult to say that Armenian remains the first language of Turkey’s Armenians, because so few people speak more than a few words at home.” Hippo, she said, aims to create “a common literature” for Armenians and Turks.

The spirit of inclusivity has extended to Homshetsma, a dialect of Western Armenian that is spoken by fewer than 1,000 Muslims near the town of Hemsin in Turkey’s Black Sea highlands. In 2014, Aras published Turkey’s first collection of short stories in the archaic tongue and followed two years later with a Homshetsma translation of the Antoine de Saint-Exupery classic “The Little Prince.”

But most of Aras’ readers are Turkish, and the early Republican writers it has revived include Zaven Biberyan and Hagop Mintzuri. “We believe everyone would want to read the great writers of their land, and until Aras began, neither Armenians nor Turks could find many of these works,” Sari said.

Zabel Yesayan is the greatest Istanbul-born writer most Turks never heard of. She became the first Armenian woman from the Ottoman Empire to study at university — and the only woman on the list of intellectuals to be rounded up on April 24, 1915, an event that ignited the genocide. Yesayan escaped arrest and found refuge in the Soviet Union, only to perish in the Great Terror campaign in 1943. An antiwar activist, Yesayan tackled inequality in her novels, short stories and journalism, including in the 1918 novella “The Last Cup,” now available in Turkish for the first time.

Aras’ only foray into English is Margosyan’s “Infidel Quarter,” published in 2017 with the Gomidas Institute. Margosyan first penned the bittersweet reflections on growing up one of the last Armenians in the Kurdish city of Diyarbakir in 1984 in Western Armenian before writing the Turkish version, which has sold more than 40,000 copies. His admirers translated it into Kurdish in 1999.

Margosyan said he invests those earnings back into Aras to keep producing in Western Armenian. The publisher celebrated its doyen’s 80th birthday in 2018 with “Fillaname,” a complete anthology of his work. The title is a play on the Kurdish word for “infidel.”

The medieval neighborhood where “Infidel Quarter” is set has largely disappeared, its narrow streets the center of fierce clashes between security forces and Kurdish militants in 2015 and 2016. Authorities razed swathes of the district to flush out the fighters and rubble from stone houses built by Armenian masons was dumped into the waters of the Tigris River that twists below the city.

“The area within the old city walls, what we once called the infidel quarter, was flattened. On the street that was given my name, not a single house was left standing,” Margosyan said. “The book took on a different value when the places it described were suddenly lost.”

Dozens of fans lined up for Margosyan’s autograph at a 2018 Istanbul book fair, pulling out worn copies of “Infidel Quarter” in Turkish and Kurdish. For readers from Diyarbakir, Margosyan is more than a favorite writer. He is a living connection with a city and a past that has been all but lost.