Is Sisi shutting down internet freedom in Egypt?

During the demonstrations that broke out across several governorates in Egypt, many news websites were blocked, not to mention the censorship of many social networking sites. 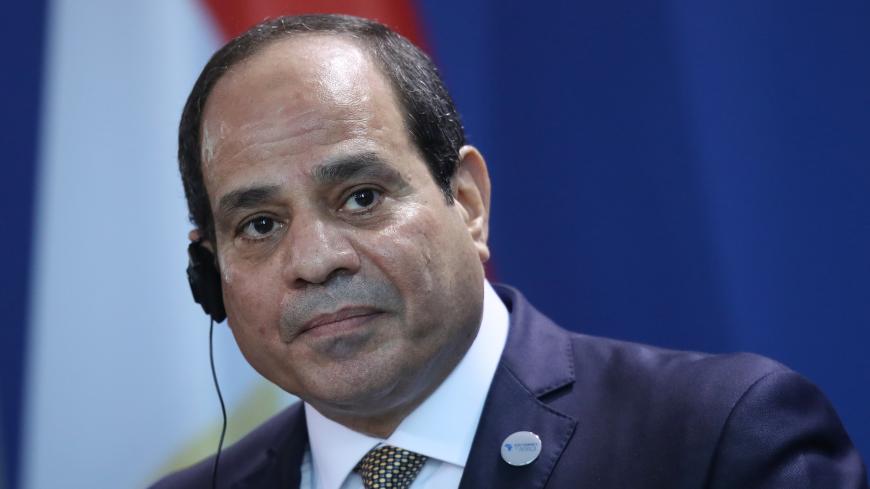 CAIRO — The anti-government demonstrations that broke out in a number of Egyptian governorates Sept. 20 were met with further restrictions on the press and other media, including the blocking of several international news websites, the denial of internet access and the hindering of social networking sites.

Netblocks, an Egyptian company that tracks online disruptions, reported Sept. 22 that major internet service providers in Egypt had begun to restrict access to some websites and that disruptions had hit several social media platforms and news websites, including the Arabic versions of BBC Arabic and Al-Hurra. It also reported widespread censorship of several news sites and restrictions on Facebook images by telecom providers Telecom Egypt and Raya Holding for Financial Investments. Netblocks emphasized that these restrictions undermine freedom of the press and the right of assembly and noted that the current responses come at a time when political opposition is being curtailed and protesters arrested.

Also among the foreign media outlets blocked were Hibr, a Jordanian website blocked after covering news of the Sept. 20 arrests of two young Jordanians that authorities believed were participating in the protests, and Arij.com, an investigative journalism network based in Jordan. In addition to the above restrictions, authorities also blocked Cloudflare, a service that protects users from cyberattacks.

The wave of sporadic protests from Sept. 20 to Sept. 27, with demonstrators calling for the resignation of President Abdel Fattah al-Sisi, were in response to videos released by the exiled contractor and actor Mohamed Ali, in which he accuses Sisi and his cronies in the military of “corruption and squandering public funds.” The videos went viral on social media. Ali's construction company long worked with the Egyptian military and is reported to have built palaces for Sisi.

Egyptian police forces responded to the protests with tear gas, rubber bullets and detentions, including arrests of journalists and scholars. Police detained Hasan Nafaa and Hazem Hosni, professors of political science at Cairo University, on Sept. 25. Khaled Daoud, a journalist and former president of the Egyptian Constitution Party, was also apprehended in addition to former presidential candidate Khaled Ali. All oppose Sisi and were arrested at their homes and charged with supporting a terrorist organization.

Mohammed Abdul Salam, director of the research unit at the Association for Freedom of Thought and Expression, told Al-Monitor via phone, “When videos of Friday’s [Sept. 20] demonstrations went viral online and with the broad coverage of the news by foreign media outlets, the government took two measures. It issued a statement via the State Information Service and sent it to journalists in a bid to intimidate them and threaten them not to blow things out of proportion and not to refer to news from social media sites. It also blocked several websites that it claimed were not a reliable source of information.”

On Sept. 23, BBC Arabic quoted Makram Mohammed Ahmad, head of the Supreme Council for Media Regulation in Egypt, as saying the council has yet to announce the names of the websites that have been officially blocked since the protests began. He said the council had only preliminary information about some websites being censored for spreading “inaccurate news.”

The Association for Freedom of Thought and Expression says the government has blocked more than 535 websites since 2017. Egyptian security services have been enforcing partial or total censorship since the revolution of Jan. 25, 2011, in the face of mass protests that began then and toppled President Hosni Mubarak.

Since the 2011 revolution, Egyptian authorities have been using Article 67 of the Egyptian Telecommunications Regulatory Law as a means to control the media; the article grants broad powers to state authorities to manage all communications services and networks of any operator or service provider.

Rami Raouf, who works at the Egyptian Initiative for Personal Rights, told Al-Monitor that people or organizations whose websites or social media feeds are blocked by the state "can find a workaround by using proxy servers or VPNs [virtual private networks].”

Egyptians also were able to use amplified mobile pages, or AMP, to circumvent government censorship of certain websites. AMP was designed to provide a streamlined webpage that can be more quickly loaded by mobile devices, and news organizations often use a separate AMP page for displaying a story presented elsewhere. However, in February 2018, Egyptian authorities banned AMP service to prevent Egyptians from visiting these secondary story sites.