Egypt's parliament passed a law allowing authorities to monitor social media to fight the spread of false news and rumors, but activists say the law is part of the government's attempt to crack down on freedom of speech. 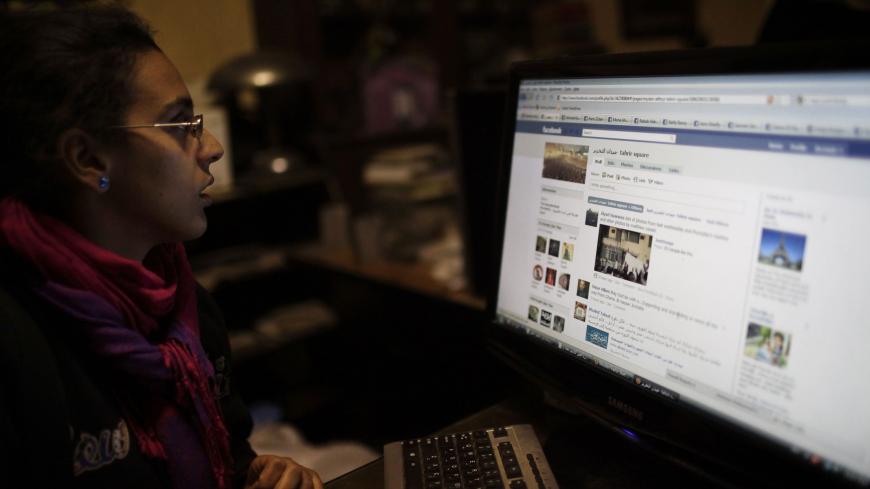 A young Egyptian updates a Facebook page with new information about the protesters in Tahrir Square in Cairo, Egypt, Feb. 7, 2011. - Ed Ou/Getty Images

Social media activists in Egypt are worried that a new law that puts them under state monitoring is targeting freedom of expression and will strangle the opposition's voice.

On July 16, the Egyptian parliament approved the press and media law, which stipulates that any website, personal blog or personal social media account with 5,000 or more followers shall not publish or propagate false news or posts that incite violence, hatred, fanaticism or racism; libel individuals; or insult religions.

The law, which next goes to President Abdel Fattah al-Sisi for his signature, also entrusts the Supreme Council for Media Regulation with taking any measures necessary against violations. The council can suspend or block websites, blogs and personal accounts if their owners violate the law.

According to Amnesty International, Egypt has already blocked 500 websites, including independent news outlets and pages belonging to rights groups on charges of "publishing false information" and "harming national security."

A journalist and social media activist with more than 50,000 followers on Twitter, who refused to be named, said the Egyptian government is destroying the last platform for expression, the internet, to expand its powers and eliminate all opponents. "This platform is crucial for creating a solid political infrastructure necessary for practicing governance. The regime, which is strangling opposition in this way, is [also] killing itself slowly," he told Al-Monitor.

The new law, the activist said, will make him be cautious about anything he publishes on social media, especially his public posts. "Now, the majority of my posts will appear to my friends only. I will be very careful about my public posts," he said.

Another social media activist, who also declined to be named, told Al-Monitor, "The government has been taking in recent months a raft of decisions that aim to crack down on expression of opinions."

Last month, a Lebanese tourist was jailed in Egypt for complaining in a video on Facebook about sexual harassment and conditions in Egypt. According to her lawyer, Mona el-Mazbouh was sentenced to eight years in prison on charges of insulting Egyptians and violating public decency in her recorded video, where she said that "Egyptians deserve what [Sisi] is doing to them." Mazbouh said she released the video because she was subjected to sexual harassment by taxi drivers and men on the streets.

Egypt has also been targeting false news and reports in the media and on social media sites. In March, the public prosecutor's office set up a hotline to receive complaints about false news.

Some media professionals said the new law is needed because many posts containing false news and rumors have been circulating on social media.

"Over the past two weeks, dozens of rumors have been released on social media network sites, causing confusion and targeting state stability. It is crystal clear that this is done deliberately, and those who are doing that must be held accountable," Mohamed el-Morsi, a professor of journalism and mass communication at Cairo University, told Al-Monitor.

The most significant rumors last week were about a fuel tank exploding inside Cairo International Airport, an aircraft crashing near the airport and a fuel station exploding on Cairo-Ismailia road. The rumors contained false and exaggerated information that could have threatened national security, authorities said.

Morsi said the new law will put an end to such rumors — or at least reduce them — for the sake of national security and stability. "The rumors and false reports are noticeably increasing and something has to be done to eliminate them," he added.