“Da Begad?” and other initiatives have emerged in the Arab world to counter the daily rumors, fake news and manipulated images on social media and elsewhere online. 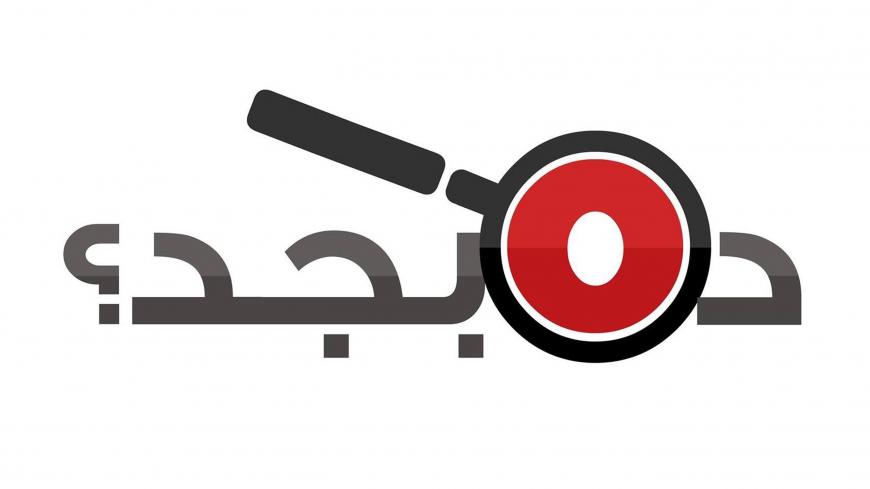 "Da Begad?," whose logo is shown here, is the the Egyptian pioneer in fact-checking conspiracies and rumors circulating online, uploaded Dec. 12, 2016. - Facebook/DaBegad

Egyptian social media is a hub of false information ranging from the deliberate bending of facts, unconfirmed and unconfirmable rumors, barely supported, behind-the-scenes allegations and conspiracy theories. Trying to sift through it all is a Herculean task, but that is precisely what “Da Begad?” (Is It Real?) is doing. “Da Begad?” is considered the pioneer among fact-checking initiatives in Egypt and is the most widely used, largely due to the selection of issues its team tackles and the speed at which they do it.

“Da Begad?” describes itself as “an initiative aimed at uncovering the truth” and that seeks to expose “fake news and false information spread on social media or the internet in general.” “We tell the truth with documents, clear sources and evidence,” the site states. “We aim to raise people’s awareness and make them see that not all the stories or news [in circulation] are true, especially if published without a source.” The website stresses, “[Team members] do not belong to any political trend nor are they affiliated with any official or informal body. All members of the team are volunteers.”

The truth-seeking initiative launched in April 2013, when Hani Bahgat, an IT engineer, woke to find his Facebook timeline filled with rumors being passed among his friends. Baghat told Al-Monitor that he decided then and there to launch a fact-verification Facebook page to respond to the rumors and false news, providing a single place for people to point to and turn to for validating information.

An avid-fact checker, Bahgat set to work, researching for hours so he could show his friends which of the rumors they were circulating had some element of truth and which were pure fabrications. His first five posts got likes and comments not only from his friends but also from strangers.

Rami Kalash, an IT engineer and a friend of Bahgat, joined the project the day Bahgat published his first post. Kalash contacted Bahgat to provide feedback and share ideas on how to present the content. “I was very impressed with the idea,” Kalash told Al-Monitor, explaining that he is an incorrigible fact-checker as well who loves putting his friends' posts through reality checks.

Many pro-Muslim Brotherhood activists attacked the site early on, believing that the page's motto, “Ashan Ma Tebkash Kharouf” (In Order Not to be Sheep), was an attack on them. In 2013, numerous hashtags and social media campaigns by Muslim Brotherhood opponents depicted the group's members and supporters as sheep. Bhagat and Kalash told Al-Monitor that the reference to sheep was intended to reflect the herd mentality of people “republishing posts without thinking,” not a dig at the Brotherhood or any other organization.

Social media users in due course realized that “Da Begad?” was not biased toward or against any political party, faction or ideology, a position that has helped earn trust among the general public. The site has exposed fake news and photos about Morsi and the Brotherhood as well as about their opponents, rumors about government officials, including President Abdel Fatah al-Sisi, and government opponents.

Bahgat and Kalash said that most false news is politically motivated. Some stories or assertions are pure fabrications, while others twist scientific and statistical information. Some fake news is spread by trolls and robot accounts, and others start as a joke or a desire for attention. Trying to prove false connections by manipulating photographs and made up captions are among the issues “Da Begad?” tackles.

For example, on May 11, 2013, Egyptian activists shared a photo supposedly showing President Mohammed Morsi watching a belly dancer in Brazil along with that country's leaders. “Da Begad?” later revealed that the dancer had been added to a photo of Morsi meeting with Egyptian university students in Cairo. The caption was a work of fiction.

In another instance, right after 70 people died in a train accident in March 2019, social media users shared a video of Sisi allegedly refusing to allocate 10 billion Egyptian pounds (approximately $600,000) to improve the railways, albeit in 2017. “Da Begad?” found the original video and revealed that Sisi had actually already earmarked more than the amount cited and had been talking about the necessity of covering the cost through a reorganization of the system and repricing of services.

Sisi's appearance on Jan. 6, 2019, with “60 Minutes,” the American televised news magazine, gave rise to various rumors about what the Egyptian president did and did not say during the interview. “Da Begad” was one of the first sources that presented the actual questions and answers.

In a June 9 interview with the newspaper El-Watan, “Da Begad?” volunteer Bassam Ghannam said that the team now consists of 15 volunteers. Each contributes two hours a day to sorting out one or two rumors. Sometimes the volunteers choose which news to address, while at other times followers request that they check the validity of a story, rumor or photograph. “Da Begad?” has more than a million followers on Facebook and a hefty archive. Those behind the initiative say they intend to legally register it as a press organization.

The success of “Da Begad?” has encouraged other similar initiatives, mostly organized by young people, such as “Matsda2sh” (Don't Believe), with a quarter of a million followers, and “Falsoo” (Fake), with close to 100,000 followers. The Jordanian site “Fatabyyano” (Investigate) has more than half a million followers on Facebook.

There is apparently more than enough work to go around. In a speech last July, Sisi claimed that his government had faced some 21,000 false rumors in the preceding three months and underlined the need to combat them.

The plan to seek recognition for “Da Begad?” as a media organization might have a ways to go. A former member of the Journalists Syndicate Council who spoke to Al-Monitor on the condition of anonymity said that current laws and regulations of the syndicate prohibit websites and social media pages from being designated press organizations.

Hisham al-Abd, a lecturer of mass communication at Cairo University, told Al-Monitor that the state and the Journalists Syndicate should amend the laws to embrace new initiatives like “Da Begad?”

Ateya cautioned, however, that the reputation of journalists could suffer if the fact-checking sites are allowed to register as press organizations and put a mirror up to rival news outlets. “These initiatives could face a fierce battle from the media if [as news organization they] began exposing inaccurate news from the [competing] media institutions, not just rumors spread on social networking sites [as they are now doing],” he said.