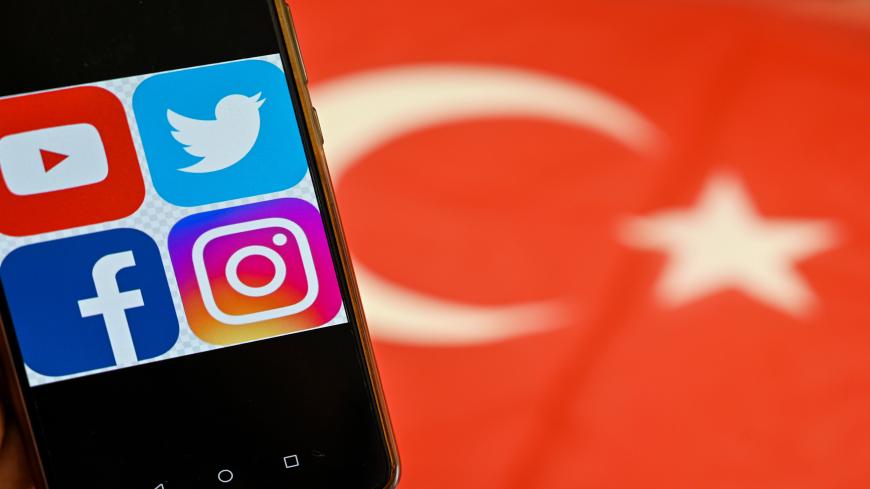 Logos of social networking websites are displayed on a cellphone's screen in Istanbul, Turkey, Sept. 30, 2020. - Ozan Kose/AFP via Getty Images

When the Turkish government announced May 20 that it would launch a next generation fact-checking platform to counter misinformation on social media, the first reaction from the government’s critics was ridicule.

“A great app — get a reply from the government so that you know for a fact that the opposite is true,” tweeted one user. Can Okar, a widely followed Turkish user based in Switzerland, tweeted an imaginary scenario: "An inquiry such as 'Let me check the president’s statement that Turkey has $95 billion reserves [while] all the economists say they’re gone' would yield the reply, '[The app] says those economists are terrorists and so are you for even asking.'”

But for members of the media, the state stepping in to fact-check is no laughing matter, particularly in light of the moves of the government to control online platforms and tighten the grip on dissident media whenever they publish views, information or figures by nongovernmental sources.

With more than 80% of the traditional media in the hands of pro-governmental owners who toe the government line, Turks turn more and more into online news outlets and to social media for their information. According to a 2020 report by the American Progress Center, some 70% of Turks distrust the media and more than half believe that the media is not free. More and more Turks go online for their news, but they do not necessarily trust what they see there either. A 2019 survey by the Reuters Institute for the Study of Journalism found that 63% of Turks were “concerned” about false information on the internet. Part of the source of “fake news” is pro-governmental troll accounts that exploit national sentiments, sprouting hate speech toward Kurds, LGBTI+ and other minority groups, attack dissident voices or defame journalists. In June 2020, Twitter took down some 7,000 accounts from Turkey — a move that was reacted angrily by Fahrettin Altun, head of the Communications Directorate.

“Dogru mu? [Is it true] is at testing stage and will be available on iOS and Android,” Altun said, describing it as a means to counter “lies and fake facts” and “one of our robust tools in the fight for the truth.”

According to Altun, the app will deal with “information online” rather than specifically with “news,” but this is a blurred line.

“At least two-thirds of the information we see online comes from a news source,” Faruk Bildirici, a veteran journalist, told Al-Monitor.

“If you want to see what a government-controlled fact-check would look like, take a look at TRT1’s program “What is the Truth?” said Bildirici, referring to one of the channels of Turkey’s public broadcaster that is under strict control of the government.

“[This app] is likely to present everything that official sources say as true and anything else as false,” Bildirici who previously worked as the ombudsman of Hurriyet daily until it was sold to pro-government Demiroren group.

“What’s the Truth,” an evening program on TRT, mainly focuses on news from Turkey’s independent press and counters criticism of government policies or claims of corruption, overspending or suppression of rights and freedoms. The three-minute clips quote official statements, but hardly ever resort to independent sources or ask other parties involved to explain their side or support their claims.

A striking example is its fact-checking of the news that an official local governorate in Istanbul banned a play in Kurdish last October. The TRT clip denies that the play was banned because it was in Kurdish and trashes “attempts to show this as government policy against Kurdish language and culture.”

Under the Turkish law, it is perfectly legal to stage a play in Kurdish, Arabic or any other language, but illegal to carry out propaganda of the Kurdistan Workers Party (PKK), the voice-over in the program explains authoritatively, quoting statements from both the governor’s office and the Interior Ministry. However, it sheds no light on just how the play — which is the Kurdish translation of Nobel-laureate Italian playwright Dario Fo’s 1978 play “Trumpets and Raspberries,” carries out propaganda for the PKK — which Ankara and many other Western capitals consider a terrorist organization.

Neither does it make any reference to statements by the director of the play, Nazmi Karabas, who explained that the play was a direct translation of Fo’s play and that it has been staged across Turkey with no such charge since 2017.

“It is yet too early to say what the new app would look like,” said Can Semercioglu, communications director of Teyit.org, one of Turkey’s most widely used fact-checking sites, along with DogrulukPayi.org and malumatfurus.org.

Teyit.org, established in 2015, is one of the two fact-checkers in Turkey that is part of the International Fact-Checking Network (IFNC), which has a largely accepted methodology on verifying. Teyit.org currently provides services to Facebook on accuracy of news and information from Turkey, which sometimes put the group at odds with Turkish media.

“As a rule, states getting involved in fact-checking is a worrying development,” Semercioglu told Al-Monitor. “There are certain standards and principles of fact-checking, such as transparency on policy and funding.”

Semercioglu’s view is shared by Baybars Orsek, director of Florida-based IFNC at Poynter Institute, who told the BBC Turkish Service that IFNC supports fact-checkers to adopt an editorial policy that is transparent and keeps its distance from political actors. “Government projects are unlikely to meet those standards,” he said.

For traditional journalists, the fact-checking of news should be done by the media organ itself with an in-house ombudsman and by the Press Council. “The state trying to check the accuracy of the news by comparing them to its own official statements seems Orwellian,” journalist Yusuf Kanli, director of European Union-funded Media4Democracy project, told Al-Monitor. “Most of the time, it is the unreliable figures — from played-down numbers of COVID-19 patients to the number of the unemployed — that are the cause of false news. Unfortunately in Turkey, in-line ombudsmans in most papers are unable to function as paper’s owners bow to the government line and the Press Council has lost its teeth and capabilities.”

Candan Yildiz, editor of online news website T24, told Al-Monitor, “The best way to check accuracy of news is at the source — meaning in-house, by a well-trained editor. An external, non-journalistic group checking facts opens the path to other controls in the long run. And now the government steps in with a new application to fact-check. What next?”

Yildiz penned a column Feb. 15 where she questioned the fact-checking criteria of Teyit.org. Both she and T24 Editor-in-Chief Dogan Akin accused Teyit.org of repeatedly ignoring false reports and fake news from pro-government media. Teyit.org, in turn, denied the claims of bias but announced that it has modified its reporting process after some oversights pointed out by T24. The fact-checker also says that it would create a new body, made up of journalists, academics and ombudsmans, to work better with online media.