Is Sisi overstepping the judiciary?

President Abdel Fattah al-Sisi has appointed a new public prosecutor, without referring to the Supreme Judicial Council, as per constitutional amendments recently approved, which raised the anger of the country's judiciary. 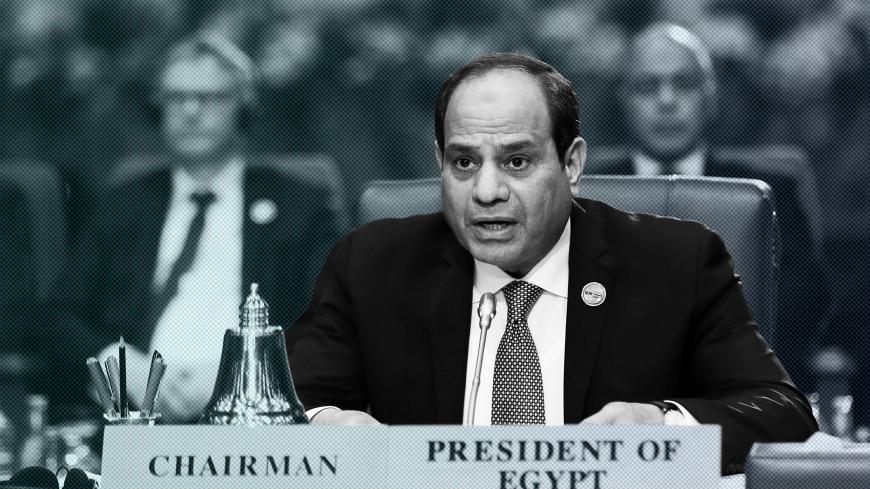 Sisi's decision was met with widespread objections by members of the Public Prosecution and Egypt’s Supreme Judicial Council. The decision pushed a senior official to resign, while others considered a strike or sending an official objection to Sisi.

He added, “This time the president made his choice without referring to the customary judicial practice in such cases.”

The source pointed out that choosing a new public prosecutor is not only up to the president; Sisi did not take into consideration more senior judicial officials and appointed Sawy instead.

In an April popular referendum, Egyptians approved constitutional amendments that extended Sisi’s powers, including the president’s right to choose the heads of judicial bodies and the public prosecutor. The amendments raised much controversy as it was seen to give Sisi more powers that overstep the judiciary.

The source said, “The recent constitutional amendments gave the president the right to choose the public prosecutor, but only based on the nominations submitted by the Supreme Judicial Council. The issue is that this did not happen. The other issue is the timing of [Sisi’s] appointment.”

The source explained that the constitutional amendments should not be implemented retrospectively, and since Sadek had already been in his position at the time the amendments were approved, they should not have been applied to him.

“The president completely ignored this and insisted on choosing the public prosecutor,” the source added.

Al-Monitor learned from sources from the Public Prosecution that the reason for Suleiman’s immediate resignation was his objection to the Supreme Judicial Council keeping quiet after Sisi appointed the new public prosecutor. Al-Monitor tried to contact Suleiman, but he refused to respond.

“The president has the right to choose regardless of the rules of seniority in force in the judiciary and parliament,” Komi told Al-Monitor.

He noted, “We are discussing further solutions to face the issue, either by submitting to the president signed requests from the members of the Public Prosecution to withdraw the decree and commit to choosing from the Supreme Judicial Council’s candidates, taking into account the rules of seniority, or by resorting to escalation,” without clarifying the means of escalation.