Legal experts are questioning the constitutionality of Egyptian President Abdel Fattah al-Sisi's use of his new power to appoint judges, raising questions about the future of the Egyptian judiciary. 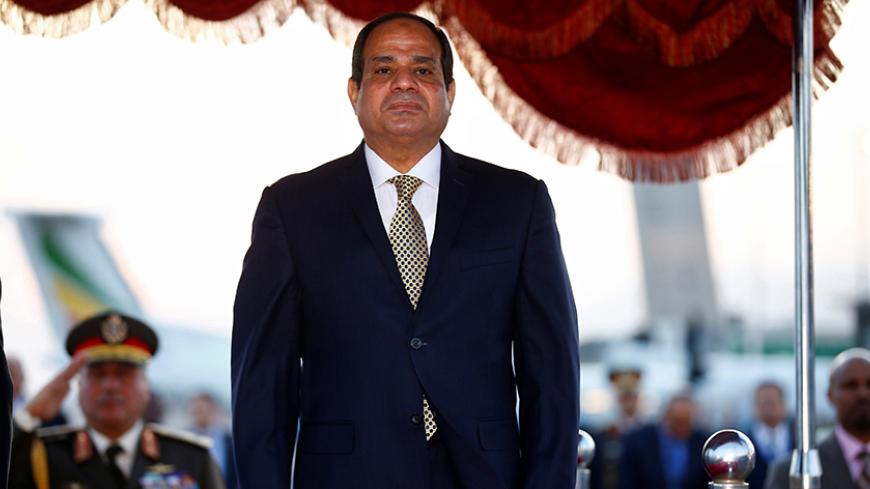 Egypt's President Abdel Fattah al-Sisi is received on his arrival at the Bole International Airport ahead of the 28th Ordinary Session of the Assembly of the Heads of State and the Government of the African Union, Addis Ababa, Ethiopia, Jan. 29, 2017. - REUTERS/Tiksa Negeri

On July 19, Sisi appointed Judge Ahmed Abu al-Azm as head of the State Council, which adjudicates disputes to which the government is a party. The assembly of the council's judges had recommended Judge Yahya Dakroury, the most senior judge in line for that position.

On June 29, Sisi appointed Judge Magdy Mahmoud Taha Abu El-Ela to head the Supreme Judicial Council, instead of the most senior judge, Anas Amara, who supports the judiciary's independence and who was chosen by the Supreme Judicial Council from among three candidates. On the same day, Sisi also appointed Judge Hussein Abdo Khalil to head the State Lawsuit Authority and Judge Rachida Fathallah to lead the Administrative Prosecution Authority.

Sisi took those actions in accordance with a law parliament passed April 26 granting him the power to appoint the heads of four judicial bodies from among multiple candidates. Previously, each body appointed its most senior judge, and the president, strictly as a formality, authorized that person. Many judges oppose the new law, believing it undermines the judiciary's independence and the separation of powers.

On July 23, Amara challenged the decision that ruled him out. In a submission to the Court of Cassation and the Supreme Judicial Council, he said the new law is unconstitutional and claimed he is entitled to the post.

Dakroury submitted a complaint to Sisi as a preliminary step toward challenging Sisi's decision by submitting a lawsuit before the Supreme Administrative Court. In his complaint, published July 24 by al-Shorouk newspaper, Dakroury said his non-appointment is “an unjustified precedent that has not happened for more than 70 years, in violation of the principle of appointment by seniority admitted as a norm by the judicial system."

"Undermining this principle would affect the proper conduct of justice," Dakroury's complaint reads.

Some judges said Amara's and Dakroury’s challenges will fail, as the newly appointed judges have already started filling their positions. The judges who spoke to Al-Monitor said the proceedings will be lengthy and the men might even reach retirement age in June before seeing their challenges settled.

Former Justice Minister Ahmed Makki told Al-Monitor, “The judges seem to have found that the appropriate way to confront the recent presidential decisions is to challenge them."

Makki explained that through his appointments, the president can effectively turn the country's security apparatus into a supervisory body over the judiciary. “The judiciary’s main task is to supervise the works of the executive branch, including the security services.”

Makki added, "Authoritarian regimes restrict freedom of information, prevent citizens from expressing their views and impose their control over the judiciary. This is exactly what the Egyptian regime has done."

Lawyer Gamal Eid, director of the Arabic Network for Human Rights Information, told Al-Monitor, “The decisions of appointing the heads of judicial bodies are similar to the decisions taken by ousted President Mohammed Morsi in 2012 when he sacked public prosecutor Abdul Majid Mahmoud. The non-appointment of Yahya Dakroury and Anas Amara would lead to loss of confidence in the justice system."

The new legislation, he said, could give Sisi enough power over the judiciary to turn Egypt into a one-man-rule state.

Mustafa Shaat, a legal researcher at the American University in Cairo's Law and Society Unit, told Al-Monitor, “The appointments approved by Sisi consecrated the philosophy of … appointing heads of judicial bodies based on security services reports." He added, "This is a real catastrophic indication that we are witnessing a new stage of convergence or perhaps integration in the relationship between the judicial institution and the state in general.”

He said, "The judicial institutions were shaky and lacked a unified vision. They did not coordinate to take a unified position against the [new] law."

The State Council, the States Lawsuits Authority and the Supreme Council of the Judiciary did register formal opposition to the law before parliament voted. The State Council carried it further, nominating Dakroury — the oldest judge in the council — as a single candidate to head the council instead of nominating three of its seven senior judges.

"This was an act of defiance against Sisi," Shaat said.

“Sisi’s appointment of heads of judicial bodies will increase the regime’s chances [for control] and encourage it to limit the remaining powers of judges, such as reducing the retirement age of judges and reducing their financial privileges," he said.

As for the impact Sisi's choices will have on justice in Egypt, Shaat said, "It is too early to determine the repercussions of these appointments. When judges will feel that security clearance is a condition for promotion, their professional conduct will surely be affected."

Ammar Ali Hassan, a researcher in political sociology and a journalist, told Al-Monitor, “Sisi’s recent appointments subordinated the judicial branch to the executive branch. ... Sisi has two goals. The first is to control the judiciary. Two years into his presidency, Sisi noted that the judiciary is the only institution out of his control. ... The second is to control the Supreme Electoral Committee, which will oversee the upcoming presidential election in 2018." With passage of the new law, "I think he achieved his objectives."

Sisi is expected to run in the 2018 election, but he has linked his candidacy to "the will of the people."

“If the will of the Egyptian people requires me to run for another term, I will so do," Sisi said a year ago, speaking with editors-in-chief of national newspapers. 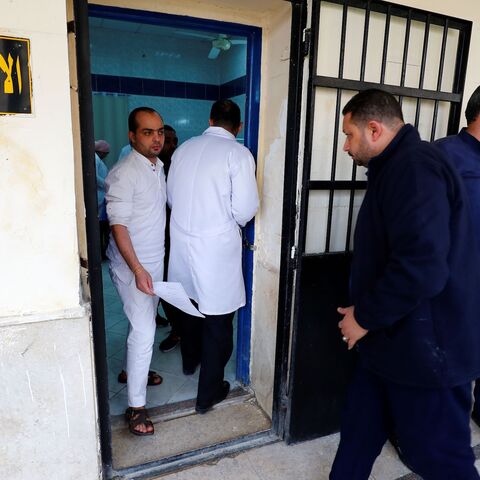