Egypt's parliament, judiciary face off against each other

The Egyptian parliament is currently discussing a draft law to amend judicial law, which legal experts say will infringe on the judiciary’s independence. 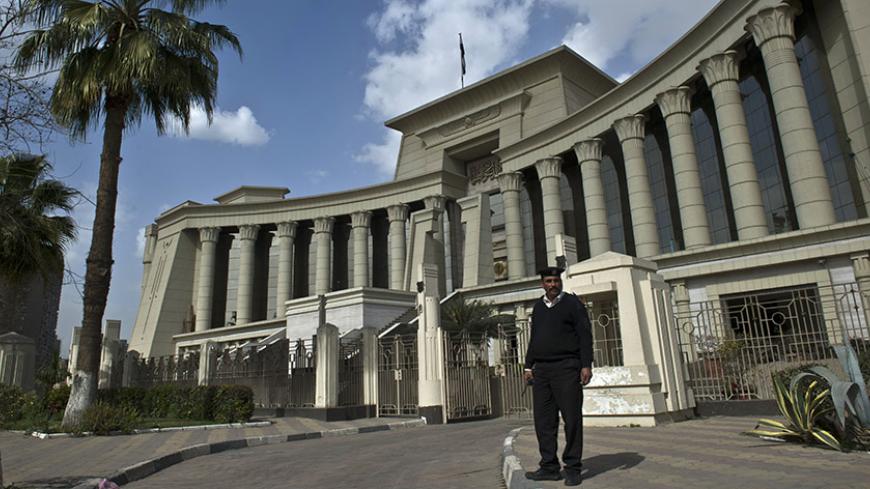 CAIRO — The 2014 Egyptian Constitution guarantees the independence of the judiciary and protects it from the interference of any other authority. And, according to Article 184, “The judiciary is independent. It is vested in the courts of justice of different types and degrees, which issue their judgments in accordance with the law. Its powers are defined by law. Interference in judicial affairs or in proceedings is a crime to which no statute of limitations may be applied.”

The draft law states that the head of the Egyptian State Council must be appointed out of three senior judges nominated by the State Council’s General Assembly pursuant to the president’s decision also.

The draft law, which tasks the president with appointing the heads of judicial committees, consists of an amendment to Article 44 of the Egyptian Judicial Authority Law of 1972 stating that the head of the judiciary is appointed by the Higher Judicial Council by order of absolute seniority.

The law that the parliament submitted is in line with Article 239 of the 2014 constitution, which states that the parliament issues a law organizing the rules for managing justice affairs and delegating judges and members of judicial bodies and entities within a period not exceeding five years from the date this constitution comes into effect.

Commenting on the draft law proposed to parliament, Judge Mohamed Abdel Mohsen, the head of Egypt’s Judges’ Club, wrote on the club’s Facebook page Dec. 25, “Reducing the judiciary’s authority by amending Article 44 without changing the whole [draft] law is not in line with the requirements of public interest.”

Mohsen noted that the draft law must be amended wholly to be in line with the 2014 constitution.

Saber Ammar, a legal expert and member of the Higher Committee for Legislative Reform, agreed with Mohsen and told Al-Monitor, “We must steer clear of partial legal amendments. Since the [initial] law was issued in the 1970s, it needs wider re-examination instead of amending just one article.”

Mohsen posted on Facebook that the Judges’ Club is working on preparing a complete project with suggestions for the judicial law, in consultation with the concerned parties. He noted that the draft law violates the independence of the judiciary, as it infringes upon the stable judicial constants.

The judges in Egypt refuse the draft law because it interferes with their work. On Dec. 27, the Egyptian Judges’ Club issued a statement, which Al-Monitor examined, indicating absolute refusal of the draft law and considering the parliament’s amendments of the judiciary law a violation of the separation principle between the judicial, legislative and executive authorities.

Sharif told Al-Monitor over the phone, “The Judges’ Club is not concerned with issuing any suggestions on the laws or making amendments related to legislation. This task should be left to the different judicial committees. The draft law is seeking to replace the seniority principle and give more chances based on competence.”

Former presidential candidate Khaled Ali, who had filed a lawsuit to annul the maritime demarcation agreement between Egypt and Saudi Arabia, said Dec. 27 that the independence of the judicial committees and the State Council are being targeted in order to limit the judiciary’s role in protecting the legitimacy principle. The draft law came after the State Council issued a ruling stating that the islands of Tiran and Sanafir are Egyptian, but said the ruling contradicted the decision of the Egyptian government to give up the two islands in April 2016. According to Ali, the aim is to undermine the role of the Egyptian judiciary, especially the State Council because of its rulings that often do not go in line with the executive authority’s views.

Former President of the State Council Mohammad Hamed al-Jamal told Al-Monitor that the parliament must withdraw the draft law because this is a judicial affair.

In case the draft law is approved, Jamal said that the judges will have to resort to the constitutional court.

The current clash between the legislative and judicial authorities did not end here. On Jan. 2, a statement issued by the Egyptian Institution for the Protection of the Constitution criticized the government’s decision to refer the maritime demarcation agreement between Saudi Arabia and Egypt without waiting for the final ruling from the Higher Administrative Court.

The institution led by Ambassador Amr Moussa, who is the head of the constituent assembly responsible for drafting the 2014 constitution, expressed its concerns regarding the government’s decision and its timing. The association called on the state authorities to respect the constitution. 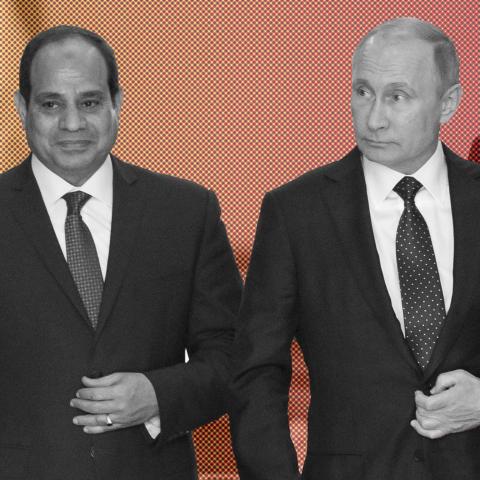