Cairo seems to be trying to please Beijing by continuing to arrest Uighur students in the country. 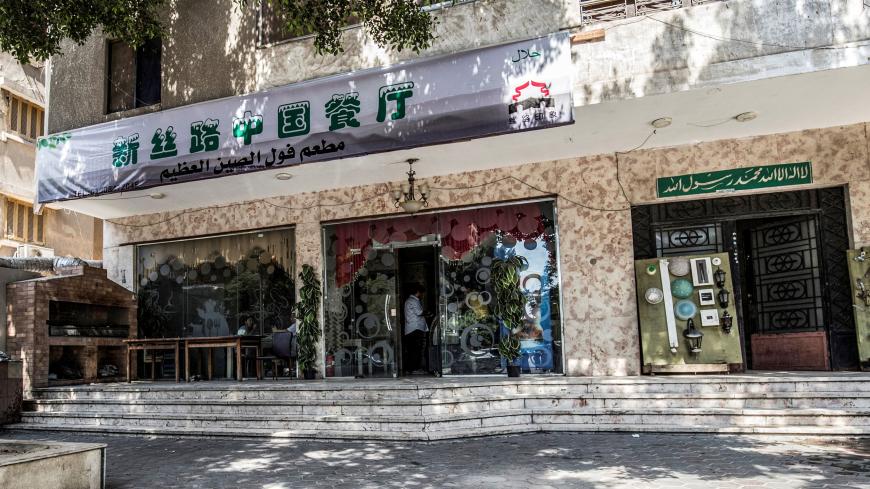 Prior to their arrest, Uighur students used to eat their traditional cuisine in a restaurant in the Nasr City district of Cairo, Egypt, shown in this photo taken Aug. 6, 2019. - KHALED DESOUKI/AFP/Getty Images

CAIRO — An ongoing security crackdown on Uighur students in Egypt is back in the news after the opposition Conservative Party demanded the ruling regime not hand them over to the Chinese authorities.

The Uighurs are a Muslim community accounting for 45% of the population of the far northwestern Chinese region of Xinjiang. The Uighurs claim the Chinese authorities are practising ethnic discrimination against them, oppressing them and imprisoning them for religious reasons. China alleges the Uighurs are calling for a civil disobedience campaign to obtain their own independent state, following the 2009 riots.

In a Sept. 5 statement, Egypt’s Conservative Party said, “There have recently been reports of Egyptian authorities detaining a number of Uighur-Muslim minority students from the Xinjiang region of western China for the purpose of their extradition to the Chinese authorities.”

The party called on the Egyptian government not to hand over these students and protect them in line with humanitarian principles and international law.

Agence France-Presse (AFP) reported Aug. 18 that Uighur students in Egypt are living in fear of the Chinese authorities. One, who went by the pseudonym Abdulmalik Abdulaziz, recalled his arrest. “Egyptian policemen said the Chinese government says that you are terrorists. But we responded that we are only Al-Azhar students,” he told AFP.

Shamsuddin Ahmed, also a pseudonym, recounted how the Egyptian authorities divided Uighur prisoners into two large groups of 45 to 50 people and kept them in large cells for weeks. He told AFP that he was held for 11 days and questioned by three Chinese officials.

The AFP report went on, “Two weeks before their release, the Uighurs and other Chinese Muslims of different ethnic ancestry were divided into three groups and given color codes. Red, green or yellow determined if they would be deported, released or further questioned.”

Beijing is one of the largest foreign investors in Egypt. Chinese Ambassador to Egypt Liao Li Chang affirmed July 27 that China’s investments in Egypt have reached $7 billion, 90% of which have been made in the past five years. A report issued April 25 by Egypt's State Information Service indicated that trade between Egypt and China increased to $13.87 billion in 2018.

Relations between Egypt and China also extended to the security sphere. Egyptian President Abdel Fattah al-Sisi and his Chinese counterpart Xi Jinping had signed agreements on security, transportation and satellite technology in September 2017. Soon after followed a crackdown on Uighur students in Cairo, where many of them were detained and interrogated.

Human Rights Watch denounced the Egyptian security crackdown on Uighur students. “The Egyptian authorities should halt this outrageous round-up of Uighurs,” Sarah Leah Whitson, Middle East director at Human Rights Watch was quoted as saying in HRW article published on July 8, 2017. “Uighurs living in Egypt should be free from fear of arbitrary arrest and deportation to a country where they risk persecution and torture.”

“Most Arab and Islamic countries such as Saudi Arabia and Egypt support China in its security approach toward the Uighurs, because these countries have economic interests with Beijing,” Al-Hayat writer Islam Al-Mansi told Al-Monitor. “The Arab countries and Egypt do not interfere in China’s internal affairs. Yet there is security cooperation between them, which is probably why Egypt is prosecuting on its territories Uighur students and activists who are engaged in political activities opposed to China’s rule.”

He added, “Uighur communities are concentrated in the Nasr City neighborhood in Cairo. Most of them study at Al-Azhar University and do not disclose their nationalities and identities for fear of security persecution.”

Mansi continued, “China targets any Uighurs it feels may have any slight influence abroad or may spread the secession idea. Obviously, Arab countries are cooperating and executing China's security requests in light of its strong economic power.”

Nadia Helmi, a professor of political science at Beni Suef University, explained that the tension between the Chinese authorities and the Uighur minority stems from the latter’s repeated demands for independence from China since 2009. The Uighurs have staged several protests. The Chinese government argues that it is only requesting the extradition of Uighur students to defend its interests and the territorial integrity of China against calls for secession or rebellion and defection.”

Helmi told Al-Monitor, “China rejects the idea of independence in light of the strategic importance of Xinjiang. This region is rich in mineral wealth, and is home to a huge stock of oil. Perhaps Cairo's fulfillment of China’s demands and its extradition of some and not all Uighur students, as rumored, based on the security coordination between the two countries, is aimed at combatting terrorism and extremism and strengthening stability in the region. News has been circulating that some of these students are affiliated with the Islamic State.”

She concluded, “Egypt’s action toward Uighurs falls within the scope of security coordination between Cairo and Beijing, in the context of the promotion of Egyptian-Chinese relations, especially in light of the giant Chinese investments in Cairo and in particular since the Chinese president's visit to Egypt in January 2016. Bilateral ties between Egypt and China have reached the level of strategic partnership.”