How long will Iran tolerate Israeli operations against it?

According to recent foreign reports, Israel is continuing to expand its operations against Iranian targets. 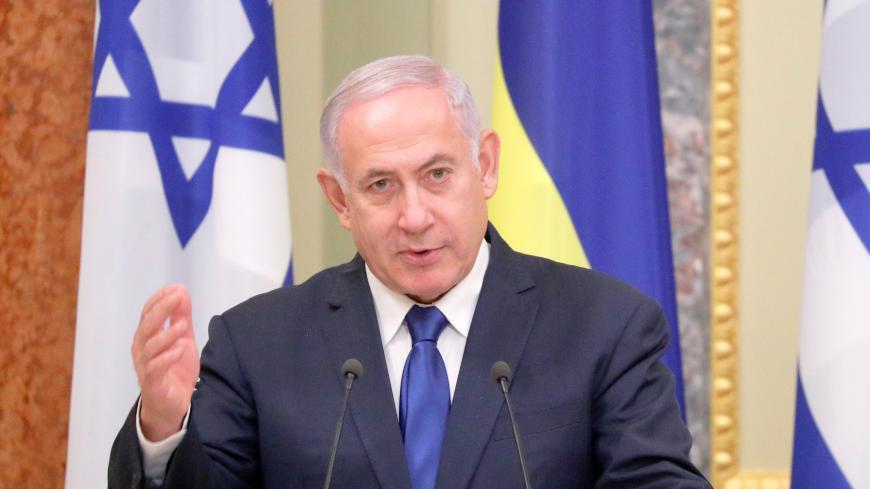 It happened on Aug. 20 at about 6:00 p.m. The armories at an air force base in the Salah ad-Din district just north of Baghdad started blowing up. Eyewitnesses say there was a powerful initial explosion followed by a long series of smaller explosions, indicating that the site was used to store munitions or missiles. Though the base officially belongs to the Iraqi army, it was rented out to an armed Shiite militia supported and funded by Iran. As of July 19, this was the fourth or fifth mysterious attack against munitions and logistics bases used by armed Shiite militias subject to Iran but operating in Iraqi territory. The foreign media attributed these attacks to Israel, though as of yet, there is very little information about them. In one case, it was reported that an Israeli F-35 stealth bomber was responsible for the attack; in the other cases, the attacks were allegedly launched by unmanned aircraft or even a midrange missile.

On Aug. 18, just two days before this week’s attack, it seemed as if the Iranians had enough. Iranian Defense Minister Amir Hatami made a bold announcement: “Fortifying Iraq’s defense power is one of the Islamic Republic of Iran’s main strategies.” He went on to say that his country will not let anyone turn Iraq into another Syria. He also promised to upgrade the Iraqi army’s military capabilities so that it can contend with aerial assaults. This implied threat, directed at Israel, did not seem to impress decision-makers in Jerusalem or whoever was behind this mysterious wave of attacks. The aforementioned attack that took place two days after the defense minister’s remarks proved that Iraq is steadily becoming an updated version of the Syrian model. Foreign forces attack targets there methodically and do whatever they want.

It must be emphasized that Israel has not taken responsibility for these attacks in Iraq. Its diplomatic and security spokespeople are tight-lipped, at least for now — except for Prime Minister Benjamin Netanyahu, who is well in the midst of a difficult election campaign. The prime minister, who was in the Ukrainian capital of Kyiv at the time, said the day after the Iranian threat: “Iran has no immunity, anywhere,” Israel will take action against Iran “wherever necessary” and “I will not limit myself” when it comes to the location of these attacks. Even after Tuesday’s attacks, Netanyahu hinted at possible Israeli involvement, telling Israeli journalists that "we face major security challenges, as evidenced by the intelligence report I received just moments ago.”

Earlier this month, on Aug. 1, the Asharq Al-Awsat newspaper cited Israeli security sources who claimed that Israel will “expand” its activities in Iraq at some point in the near future in order to thwart Iran’s efforts there. Western intelligence agencies believe Israel is encouraged by the success of its ongoing military effort in Syria to prevent the creation of a land-based smuggling corridor connecting Tehran and Beirut — in other words, preventing the linkage between Iranian Quds Force Commander Qassem Soleimani and Hezbollah Secretary-General Hassan Nasrallah. They believe this wave of successes has carried over to Iraq.

The reason for this is quite simple. Iran suffered quite a few casualties in the hundreds of air raids in Syrian territory, which have been attributed to Israel. Therefore, it decided to move the center of its efforts to establish itself in the region eastward, toward Iraq. The foreign press reports that Israeli movement accompanied this Iranian movement. The purpose of the Israeli move is to prevent the establishment of bases for ballistic missiles capable of striking Israel from Iraqi territory. Israel is determined to prevent Iran from “shortening the range” of these missiles while leaving a minimal footprint. Another objective is to prevent the paving of a land-based smuggling corridor along which tiebreaking missiles and weapons can be transported from Iran to Hezbollah’s armories in Beirut.

The really burning question is, in all sense of the term: How long are the Iranians willing to contain these nuisances attributed to Israel, and when will it order one of its proxy organizations to respond? Meanwhile, Israel is continuing its clandestine campaign as normal, with full American backing and coordination with relevant allies in the region. Israeli Foreign Minister Yisrael Katz recently noted Aug. 6 that Israel is participating in a US-led coalition to ensure freedom of sailing throughout the Middle East and in the Persian Gulf in particular. According to Minister Katz, Israel’s participation is based primarily on the high-quality intelligence it provides. An investigative report published in Haaretz on Aug. 20 claims that an Israeli businessman was behind a deal worth billions of dollars, which included providing the United Arab Emirates (UAE) with a sophisticated spy plane. According to the report, the plane takes off daily from a base in Abu Dhabi, conducts espionage flights over the Persian Gulf and provides its operators with high-quality intelligence. According to Western diplomats tracking the anti-Iranian coalition’s activity, coordination between its member states, including Israel, is close. In fact, Israel is the main provider of intelligence.

But its participation is not limited to intelligence. “For two years now, Israel has been the only country in the world killing Iranians,” said Minister Tzachi Hanegbi in an interview on July 21, two days after the first attack in Iraq. “We have hit the Iranians hundreds of times in Syria. Sometimes they admit it; sometimes foreign publications expose the matter. … But everything is a coordinated policy.” Hanegbi was then asked what would happen if Iran tries to hit Israel back. He answered, “The Iranians are very limited in their responses, and it’s not because they do not have the capabilities, but because they understand that Israel means business.” By the way, it is worth noting that Hanegbi’s official title is Minister for Regional Cooperation.

Against this background, it was recently learned that President Donald Trump’s decision to avoid a military response against Iran after it downed an American drone over the Persian Gulf wasn’t a case of Trump “chickening out.” Rather, he held back because of a series of messages from the Gulf to the White House. Diplomatic sources tell Al-Monitor that senior intelligence officials in the Gulf — apparently the UAE and Saudi Arabia — rushed to Washington to ask the Americans to hold their fire. According to this assessment, the Gulf States were worried about a powerful Iranian response to the American attack being directed against them. Therefore, they decided to ask the Americans to hold their fire: They did not want to “overpay” for a relatively minor American attack. These assessments also claim that Israel was also involved in delivering these messages to Washington, and these messages were the real reason why Trump changed his mind at the very last minute.