Israeli attacks in Iraq signal need for some red lines with Iran. 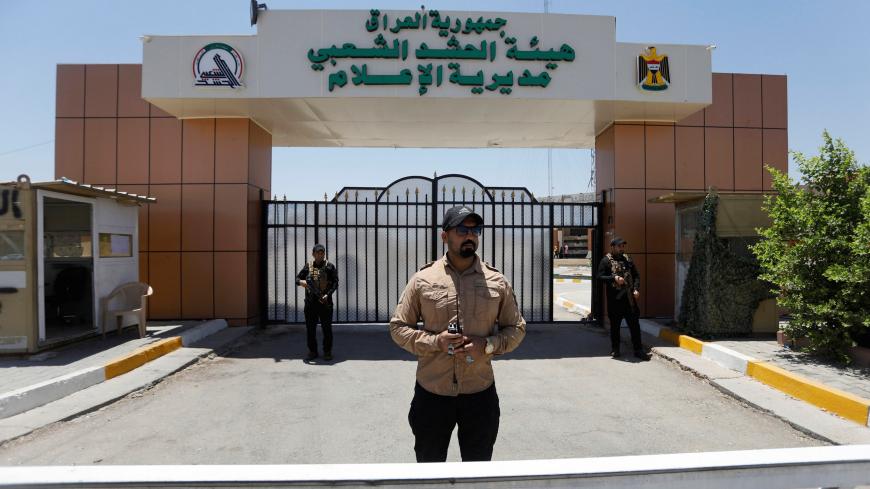 Israel’s attacks on Iranian-linked armed groups risk turning Iraq into a battleground and undermining US influence with one of its most critical regional partners at an especially delicate time for the government in Baghdad. The United States should consider setting some red lines, a kind of extended deterrence, between Iran and Israel to avoid destabilizing Iraq, as the fallout from these attacks could ultimately play to Tehran’s advantage.

Bibi: No immunity 'anywhere' for Iran

On Monday, for the fourth time in a month, a base linked to the Iraqi Popular Mobilization Units (PMU) was bombed from the air. Anonymous US officials confirmed that Israel was behind an earlier attack on July 19, while denying any US involvement. Informed speculation is that Israel was behind the other attacks as well, with perhaps more to come.

Israeli Prime Minister Benjamin Netanyahu said Thursday, “I don’t give Iran immunity anywhere.” Asked if he was confirming Israel’s role in the recent attacks in Iraq, he replied, “We act in many arenas against a country that desires to annihilate us. Of course I gave the security forces a free hand.”

Ben Caspit explains that from Israel’s perspective, “Iraq is steadily becoming an updated version of the Syrian model. Foreign forces attack targets there methodically and do whatever they want.”

“The Israeli move is to prevent the establishment of bases for ballistic missiles capable of striking Israel from Iraqi territory,” Caspit adds. “Israel is determined to prevent Iran from 'shortening the range' of these missiles while leaving a minimal footprint. Another objective is to prevent the paving of a land-based smuggling corridor along which tiebreaking missiles and weapons can be transported from Iran to Hezbollah’s armories in Beirut.”

The Israeli attacks come at a sensitive time, as Iraqi Prime Minister Adel Abdul Mahdi had been moving with care and caution to consolidate power over, or marginalize, those PMU factions still operating outside of the Iraqi government’s authority, as he laid out in a decree on July 1.

Abdul Mahdi skillfully played the anti-corruption card against the PMU this month, avoiding a head-on confrontation with Iran. The prime minister has made combatting corruption a top priority as Iraqis decry what they see as pervasive graft throughout the armed forces and other institutions.

Ali Mamouri reports that the Aug. 5 arrest of Iraqi businessman Hamza Shimmery, who is close to some Iranian-backed PMU factions, provided a boost for Abdul Mahdi’s efforts to bring the outlier groups under government control. Shimmery is the alleged leader of one of the largest drug and prostitution networks in Iraq. “Shimmery received several awards from the PMU and politicians such as Hinan al-Fatlawi for his support of the PMU,” writes Mamouri. “He also was lauded by politicians affiliated with the PMU such as the State of Law’s Nouri al-Maliki, a former prime minister. Shimmery and his assistants had PMU identity cards and badges and introduced themselves as being affiliated with PMU factions.”

“The arrest of Shimmery has ignited strong criticism of the PMU as social media users ask why the PMU has been silent about such an apparently corrupt figure all this time,” Mamouri continues. “Iran-backed factions in the PMU, feeling the internal and external pressure, are losing popularity as they have not been able to make a positive difference in Iraqis' lives — especially after expanding their influence politically in parliament and Abdul Mahdi's government. In part as a result, they have resorted to an information campaign against the United States and have turned toward Iran as an alternative source of power and political influence.”

The Israeli attacks cut to the core of Iraqi sovereignty and strengthens critics of its government, which seeks to stay out of a US and Israeli confrontation with Iran.

Abu Mahdi al-Mohandis, the PMU deputy commander, warned on Wednesday that aircraft considered “hostile” would be shot down. Hezbollah Brigades, one of the more militant groups aligned with Iran, blamed the United States for the attacks and issued a “final warning” of the possibility of a “harsh response.”

Falih al-Fayyadh, the Iraqi national security adviser and titular head of the PMU, made clear that he, not Mohandis or others, speaks on behalf of the PMU for the Iraqi government, which does not want to be “pushed into a war.”

Abdul Mahdi responded to Monday’s bombing by canceling special flight permissions and requiring that even aircraft of the US-led coalition operating against Islamic State militants must be cleared in advance. A US Defense official told Joyce Karam of The National that the United States was adhering to Abdul Mahdi’s new directives.

Political rivals of Abdul Mahdi have also weighed in. In an interview with Mustafa Saadoun, former Iraqi Prime Minister Haider al-Abadi said, “Some want to implicate Iraq in new internal and external crises. Honestly, I wonder if whoever wants to implicate Iraq in such crises want a conflict with Israel. … Some want to benefit from the conflict.” And former Prime Minister Nouri al-Maliki released a statement on Friday warning that further Israeli attacks would transform Iraq “into a battle arena that drags in multiple countries, including Iran."

Israel can’t employ the 'Syria model' in Iraq without consequences

Even as the Donald Trump administration distances itself from the Israeli bombings and works the back channels to prevent an escalation, the perception in Iraq and across the region may be that the United States is at least partly to blame. Such perceptions matter to the stability and credibility of the Iraqi government. An Iraqi official speaking on condition of anonymity said, “Israeli attacks on Iraqi soil weaken the credibility of the United States.”

In the latest issue of Foreign Affairs, Linda Robinson warns against alienating Iraqis in support of US objectives on Iran. The Trump administration, she suggests, needs to assure that if Iraqis play the “sovereignty card” it is played against Tehran, not Washington. If the airstrikes continue, Iran, and its proxies and allies in Iraq, could weaponize popular discontent against the United States.

The Pentagon spokesperson on Friday expressed US support for “Iraqi sovereignty” and “against any potential actions by neighbors that could lead to violence in Iraq." He warned that "Iran must not use Iraqi territory to threaten other countries in the region," and that "Iran's destabilizing activities undermine Iraq's security and increase the risk of regional conflict."

As we wrote here three weeks ago, “the challenge for US policymakers is how to constrain Iranian deployments in Iraq, which not only threaten Israel, but go against Washington’s vision of an independent Iraq — and doing so without drawing Baghdad into the US-Iran confrontation. The United States, for its part, needs to continue to work the back channels, counsel restraint and, in the process, set some red lines among the parties to avoid any further and unwelcome escalation.”

It may be time for some proactive conversations about red lines for Israel and Iran in Iraq. Calls for restraint, and scrambling after such incidents, may not cut it anymore, given the stakes in Baghdad, which also include a possibly resurgent Islamic State. Only the United States can manage this conversation, given its close ties to both Israel and Iraq. The United States needs to keep the upper hand over Iran regarding the perception — and reality — of which country is the champion of Iraqi sovereignty. Otherwise, the United States cannot expect Israel to employ its “Syria model” of regular air attacks in Iraq without damaging consequences for both the Iraqi government and US-Iraqi relations.

Update: Aug. 23, 2019. This article was updated to include reference to statements by a Pentagon spokesperson.