Tinderbox: Israeli military attacks in Iraq could complicate US strategy in Middle East

Washington may need to draw some red lines to protect its larger regional interests. 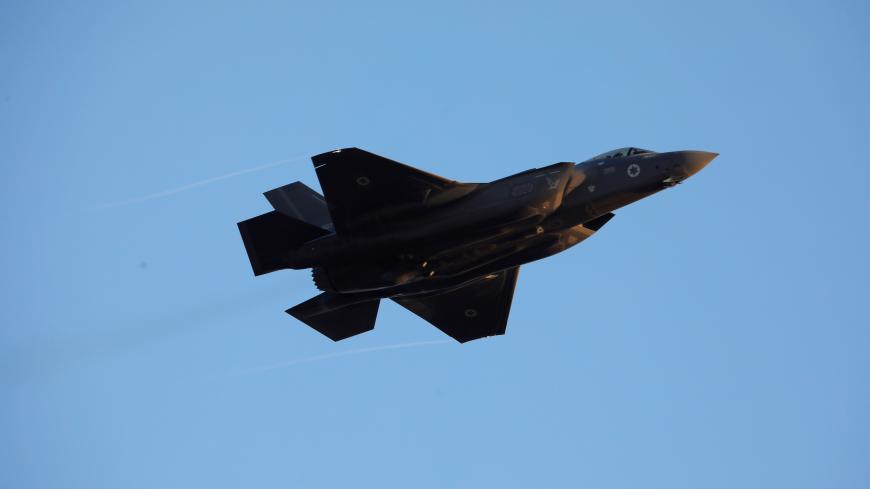 Israeli air force F-35 flies during an aerial demonstration at a graduation ceremony for Israeli air force pilots at the Hatzerim air base in southern Israel, Dec. 26, 2018. - REUTERS/Amir Cohen

Twice in the last month, Israeli F-35s have bombed Iraq, according to reliable media reports, signaling a potential widening of Israel’s military campaign against Iranian targets.

If so, the Trump administration has a problem on its hands.

While Washington has backed Israeli attacks on Iranian targets in war-torn Syria, Iraq is a US ally. That’s a distinction that matters. Baghdad wants no part of a confrontation with Iran, its neighbor, given Tehran’s capacity for disruption in Iraq. But if Washington’s closest ally in the region is waging a proxy war against Iran in Iraqi territory, that puts Iraq’s stability at risk.

US, Israeli pressure may be working on Iran in Syria …

The Trump administration has long tolerated Israeli attacks on Iranian and Hezbollah targets in Syria as a complement to its "maximum pressure" campaign on Tehran. The strikes can be a useful complement to policy: While the US military does not have the legal authority to hit Iranian targets in Syria (except in self-defense), Israel has no such restrictions. Indeed, US Syria envoy James Jeffrey told a congressional committee in May that “we support Israel’s efforts — very strongly, we support Israel’s efforts — including, while not official, over Syria against Iranian targets.”

Ben Caspit writes that Israel isn’t just relying on airstrikes; it also may be using targeted killings of Hezbollah operatives in Syria. Israel’s argument is that Hezbollah, in partnership with Iran, has sought to create a new front against Israel in the Syrian Golan.

The Israeli attacks in Syria, combined with US sanctions, are working, according to a senior Trump administration official, speaking off the record. Hezbollah’s problems, according to Caspit, include a shrinking budget and declining Iranian aid. Iran has little taste for military adventurism these days, and the strategy on the Golan seems more about recruiting and building the infrastructure for future operations.

This is not to say Iran is giving up its support for Syrian President Bashar al-Assad. To the contrary, Iran has no plans to leave. But there are signs that Iran is feeling the pressure, and adjusting its strategy, including by shifting resources and infrastructure from Syria to Iraq.

The reported Israeli attacks on Iraq would be the first attacks since 1981, when Israeli jets bombed Saddam Hussein’s Osirak nuclear reactor.

Caspit writes that the Iraqi sites may have been linked to the Islamic Revolutionary Guard Corps and Iranian missile deployments, as well as Iraqi Popular Mobilization Units (PMU) with close ties to Iran. “If Israel was indeed the attacker,” adds Caspit, “it would be signaling that it will not accept Iranian entrenchment not only in Syria, but in Iraq too, as long as the missile launchers deployed there are directed to the west.”

Jonathan Spyer, writing in the Wall Street Journal, notes “the force and accuracy of the Israeli raids in Syria notwithstanding, Iran’s possession of a mobilized, Tehran-dependent military infrastructure in Iraq is equal evidence of an Iranian success.”

Last week, Iraqi Prime Minister Adel Abdul Mahdi, accompanied by Falih al-Fayyadh, head of the PMU, and other senior officials, met with Iranian President Hassan Rouhani and Iranian counterparts in Tehran. Ali Mamouri reports that the bombing of the PMU base was on the agenda, along with US-Iran tensions, the UK tanker sanctions and the imposition of US sanctions on four Iraqis close to Iran.

The Tehran meetings led to a slow roll on the prime minister’s decree to integrate the PMU into the Iraqi security services, which was supposed to have been completed by July 31. So much for that. Abdul Mahdi said later that PMU integration "will take a long time. It won’t be easy either.” The PMU will probably remain a separate force under government control. In our score, the integration of the PMU, if or when it takes place, would only happen with Iran’s concurrence.

Time for some red lines

The Trump administration is already quietly working the back channels to prevent political fallout from the attacks. Israeli military action in Iraq obviously cuts to the core of Iraqi sovereignty. Iraq has no relations with Israel and every interest in keeping the whole affair below the radar. Tehran, if so inclined, could play it up for all it's worth, to keep the heat on Abdul Mahdi and the Iraqi government, and to try to divide Washington and Baghdad. Iraq exists on a razor’s edge with regard to the potential for Iranian agitation.

The United States is sensitive to Iraq’s predicament and doesn’t want to push Baghdad closer to Tehran, or open up an Iranian front in Iraq. The challenge for US policymakers is how to constrain Iranian deployments in Iraq, which not only threaten Israel, but go against Washington’s vision of an independent Iraq — and doing so without drawing Baghdad into the US-Iran confrontation. The United States, for its part, needs to continue to work the back channels, counsel restraint and, in the process, set some red lines among the parties to avoid any further and unwelcome escalation.