As US pressure increases on Iran-backed militias, they turn to Iran

Iran-backed PMU factions are under intense pressure from the Iraqi government and the public, leading them to Iran. 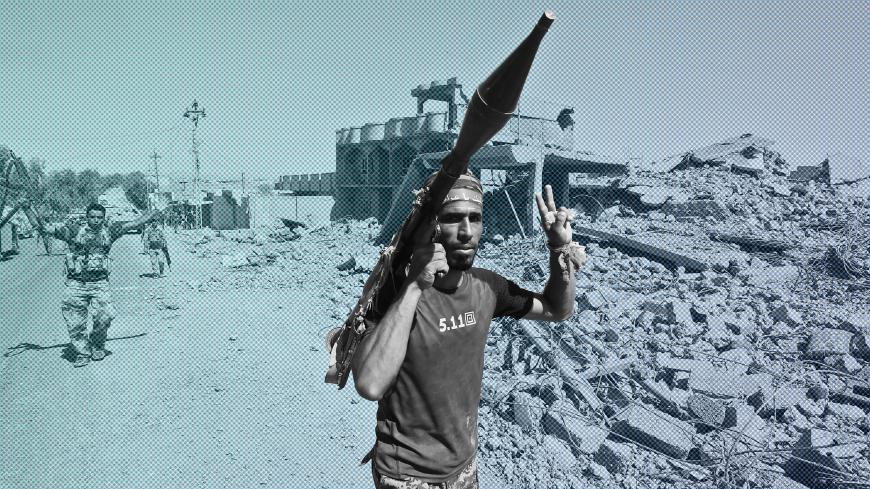 Iran-backed Shiite militias have been under increasing pressure recently in Iraq not only from the United States — which monitors their activities closely — but also from the public and the Iraqi government.

During an interview Aug. 9 with a small group of Iraqi and foreign media representatives, Prime Minister Adel Abdul Mahdi said he has already begun implementing a decree he issued last month regarding the regulation of the Popular Mobilization Units (PMU). Abdul Mahdi said although some of the PMU have concerns about the decree and have questioned it, "We are continuing the implementation of the decree as the majority of the PMU are supporting it."

Kata'ib Hezbollah slammed the decree soon after it was issued in early July. A PMU website attributed the decree to US and Saudi pressure on Abdul Mahdi. Meanwhile, most of the PMU — including factions close to Ayatollah Ali Sistani such as al-Abbas Combat Division — have been silent about the decree, following all the prime minister's orders as the commander-in-chief of the armed forces without resistance.

"All of the illegal checkpoints and PMU offices will be closed gradually,” he said, stating he has ordered all PMU factions to leave the Ninevah plains, where a large variety of Iraqi minorities live, north of Mosul.

A group of PMU factions — including Brigade 30, which is led by Waad Qado, who was among four individuals subjected to US sanctions last month — have been participating in a sit-in the last two weeks on a road connecting Mosul to Erbil, the capital of Iraqi Kurdistan, in protest against Abdul Mahdi's orders to leave the area.

The prime minister said some corrupt figures are hiding behind the PMU name. The National Security and the Joint Operations Command in coordination with the PMU Committee are running operations against these figures, Abdul Mahdi said.

Abdul Mahdi was referring to the Aug. 5 arrest of Iraqi businessman Hamza Shimmery, who is close to the PMU. The alleged leader of the biggest organization involving drugs and prostitution in Iraq, Shimmery was arrested along with 25 of his assistants by joint security forces. He was an influential businessman in Baghdad who had direct contact with several PMU leaders and politicians close to them. Shimmery received several awards from the PMU and politicians such as Hinan al-Fatlawi for his support of the PMU; he also was lauded by politicians affiliated with the PMU such as the State of Law’s Nouri al-Maliki, a former prime minister. Shimmery and his assistants had PMU identity cards and badges and introduced themselves as being affiliated with PMU factions.

The arrest of Shimmery has ignited strong criticism of the PMU as social media users ask why the PMU has been silent about such an apparently corrupt figure all this time.

The former head of the Security and Defense Committee in the Iraqi parliament, Hakim al-Zamili, said people who claim to be affiliated with the PMU and who are working with corrupt personnel in the security forces and influential politicians are involved in several mafia organizations in Iraq.

Pressure on the PMU has also deepened because of recent strikes against PMU military bases in Iraq. One base was in the Amerli area in northern Salahuddin province; another was the Ashraf base in Diyala province. No party claimed responsibility for the attacks, but many suspect Israel was behind them. On Aug. 12, an explosion occurred in weapon storage belonged to PMU in Saqar military base southern Baghdad. Israel was suspected to be behind this explosion as well.

Following the strikes, Union of Muslim Scholars in Diyala Province eastern Iraq threatened US about any possible Israeli attack in Iraq, saying that US will pay the price of any Israeli involvement in strikes against Iraq.

The PMU has been attributing the pressures against it as coming from the enemies of the "resistance axis," a term Iran uses to refer to itself and its allies in Lebanon, Iraq and Yemen.

During a Aug. 5 meeting in Tehran between the spokesman for the PMU-affiliated Hezbollah al-Nujaba Movement, Nasr al-Shumari, and a representative of Iran's supreme leader in Iran’s National Security Council, Said Jalili, Shumari said any government in Iraq that stands against Iran will be overthrown in a matter of weeks.

The Nujaba Movement, a Shiite paramilitary faction, and its leader, Shiite Sheikh Akram al-Kaabi, were subjected to US sanctions in March. The movement claims to have about 10,000 fighters active in Iraq and Syria.

Shumari also attended a conference on “The Negative Impacts of the US Presence in Western Asia,” which was held in the former US Embassy in Tehran (now known in Iran as the US Den of Espionage). According to the website Tasnim, which is close to the Iranian supreme leader's office, he was representing the Iraqi resistance movement.

In a meeting with Qom seminary head Ayatollah Ali-Reza Aarafi on Aug. 4, Shumari said his movement is planning to establish a Shiite religious seminary in different Iraqi cities to promote revolutionary Islam and confront US schemes in the country.

On Aug. 10, an unnamed PMU group that said it was affiliated with PMU forces said a US drone shot down in the Ridhwania area in western Baghdad. The group said the drone was spying against the PMU, identifying PMU positions and carrying missiles.

The US-led coalition, however, said the drone had made an unscheduled landing due to a mechanical problem.

Iran-backed factions in the PMU, feeling the internal and external pressure, are losing popularity as they have not been able to make a positive difference in Iraqis' lives — especially after expanding their influence politically in parliament and Abdel Mahdi's government. In part as a result, they have resorted to an information campaign against the United States and have turned toward Iran as an alternative source of power and political influence.