The G-7 statement by US President Donald Trump about Iran changing is the worst nightmare Israeli Prime Minister Benjamin Netanyahu could have ever imagined. 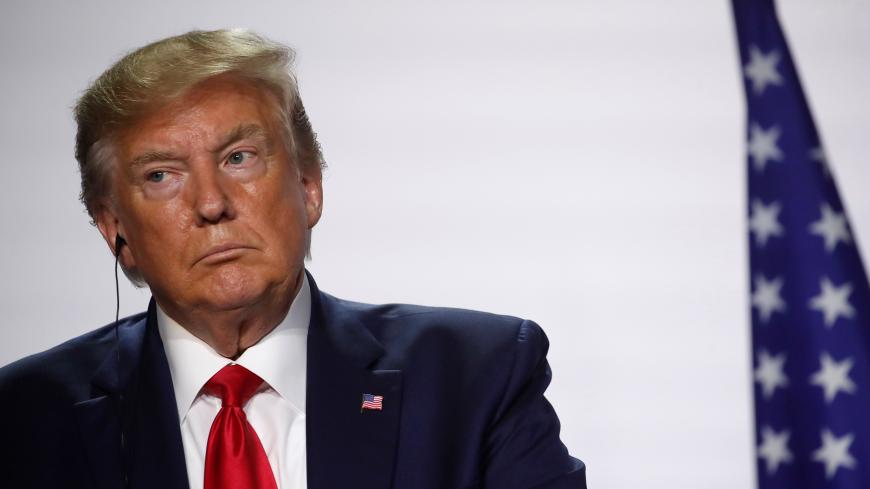 Israel is very busy. It is escalating its war with Iran and Hezbollah and, for the first time in about five years, is even attacking Lebanese territory, according to foreign reports. However, preliminary signs suggest that the real nightmare awaiting Prime Minister Benjamin Netanyahu is brewing not in Tehran or Beirut, but in Washington. There are hints that President Donald Trump is taking steps to meet with Iranian President Hassan Rouhani, under French mediation. This is bad news for Netanyahu — the worst he has ever received apart from the criminal charges he faces. The appeasing tones that have suddenly emerged from Trump’s mouth regarding Iran can morph into Israel’s ultimate horror scenario as described here in earlier articles: Iran can turn into a new North Korea. In fact, Trump could turn out to be a sort of demon who changes forms overnight, replacing his campaign against Iran with a sizzling love affair.

Israel does not collect intel on US territory or spy on its greatest friend of all; it learned its lesson from the Pollard affair. That doesn’t mean that Israel doesn’t try to understand American policy, analyze the administration’s moves and congressional influence or elaborate various theoretical scenarios for future American moves. Israel’s best brains are involved in these analyses that are very important to Israel’s national security. But today, the best of the analyzers is at a loss vis-a-vis reality. Evidently, it is harder to predict Trump’s moves than to understand the secret of creation.

Once upon a time, members of the Israeli intelligence used to say that the only thing they absolutely must know at any given moment is what is going on in the head of the neighboring Arab ruler: What is he thinking; what are his plans. Today in Israel, the focus is more on Trump’s head. Is it possible to predict his policies? Is he rational? Emotional? Impulsive? Is there some secret formula that would allow us to understand where he’s heading?

In the pre-Trump period, analysis of American policy was composed of quite a number of variables: the balance of power between the Senate and the House of Representatives; AIPAC influence; internal mapping of the president’s advisers and insiders according to their specific gravity; the president’s ideology and political considerations. Today, all these are gone with the wind. Trump is a completely different animal; nothing is final, nothing is predictable, if it’s logical it won’t happen and what happens isn’t always logical. And so forth.

In the past, Israel viewed Trump’s exit from the nuclear agreement with Iran — under pressure from Netanyahu — as a major achievement. But the security experts added a red-light warning: Trump’s future behavior cannot be predicted. Will he continue to pressure Iran the way he himself preaches? How will he act when the Iranians up the ante? Is he capable of completely losing interest and abandoning the issue suddenly, as he did in regard to North Korea? The answer to these two questions is: Yes. Yes, he is capable. He is capable of anything and everything.

About a year ago, Israel Defense Forces pundits predicted that the Iranians would gradually start to abandon the nuclear agreement following the American exit and the renewal of sanctions. This Iranian behavior was predictable and even obvious. The only problem was not knowing how Trump would react. The Israeli assessment regarding Iran was fully realized; even the various stages were anticipated in advance. The important variable missing from the equation was, and remains, the American president. Concerns over Trump’s behavior if and when the Iranians reach the point of no return on the nuclear bomb were expressed hesitantly in the past. Now, the worries have worsened dramatically. When the Iranians will feel that they have been backed into a corner, when they consider whether to quit the Treaty on the Non-Proliferation of Nuclear Weapons and “rush to the bomb,” then what will Trump do? The Israeli fear is that he will simply lose interest, and this apprehension has intensified in recent days. Today, the higher-ups in Jerusalem eye the new conciliatory Trump with longing, praying that it will pass.

In recent weeks, the telephone line connecting Netanyahu to Ambassador Ron Dermer — his man in Washington, the White House and Las Vegas (Sheldon Adelson’s headquarters) — has been in constant use. Dermer is also an emissary to American Bible Belt states, mainly the pro-Israel evangelical community. Dermer’s present task is to make sure that the president will understand — but not via the Israelis — that certain presidential actions on the Iranian issue may cause his Evangelical base to desert him on Election Day next year. Mossad chief Yossi Cohen has also been summoned more than once by Israeli leadership to analyze scenarios that could arise should Trump lift economic and military pressure on Iran in exchange for negotiations. Cohen also has good access to the White House and, like many others, is trying to understand Trump. Yet no unequivocal conclusion has emerged from these discussions.

The first harbingers of the negotiations option that emerged this week turned the Israeli feverishness into panic. No, Trump hasn’t winked first yet. But the odds that he may do so have risen greatly, and such a presidential wink may turn Netanyahu’s entire anti-Iranian nuclearization struggle into a resounding farce. This is the last thing that Netanyahu needs to happen just before election day on Sept. 17 or on any other day. He is still convinced that he can manipulate Trump before the latter’s 2020 campaign. But the question now is whether Trump is inclined to let that happen.