Today's Israel is a far cry from the days of the 1992 election, when politicians' criminal entanglements outraged voters. 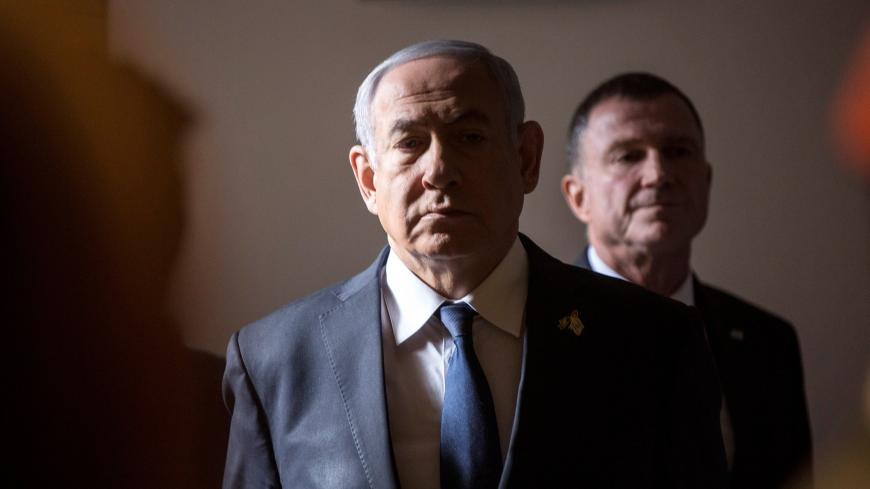 The first 15 years of Likud rule in Israel came to an end in 1992, when Yitzhak Rabin defeated Prime Minister Yitzhak Shamir. Ultimately, the opposition brought the Likud down with the campaign, “We’re sick of you corrupt people!” based on a series of police investigations, indictments and overall government corruption. While none of the corruption was directly connected to Shamir or any of his senior ministers, it was enough to spark public protests and mark the ruling party with the stench of corruption.

Today, 27 years later, the Likud has been in power for over a decade and government corruption has surpassed anything ever seen before. What happened in 1992 looks like a series of misdemeanors compared to what is going on now.

Leading the group of corrupt officials is none other than the prime minister himself. Benjamin Netanyahu is currently facing three indictments on charges of bribery, fraud and violation of public trust. His pre-indictment hearing is scheduled to take place on Oct. 2, shortly after the Sept. 17 election. His wife Sara was already been convicted of a crime under a plea deal, an outcome the Netanyahu family's supporters twisted into a victory.

Netanyahu is not alone in facing corruption charges. This week it came out that the attorney general is about to indict another senior Likud official, Minister of Welfare Haim Katz, for fraud and violation of public trust. Another senior official, Knesset member David Bitan, may be one of the most powerful people in the ruling party, but he is also expected to be indicted, in his case for bribery. The Bitan scandal is particularly serious because he is suspected of committing bribery while serving as a member of the Knesset. Added to this imbroglio is the recent criminal entanglement of Deputy Health Minister Yaakov Litzman, the most powerful figure in ultra-Orthodox Yahadut HaTorah, Netanyahu’s senior coalition partner. Litzman can also expect to be indicted on serious charges of bribery. In this, he will be joining a familiar old suspect, Shas leader and Interior Minister Aryeh Deri, a longtime ally of Netanyahu. After a two-year investigation, the police have recommended that charges be filed against Deri, too. All in all, the current Netanyahu coalition is thoroughly tangled in criminal charges.

There has never been a government as corrupt in all of Israel’s history. It would only be natural for the opposition's election campaign to advantage of the situation, but it is not happening. The Blue and White Party, Labor-Gesher and the Democratic Camp are all focused on other issues. Efforts to put government corruption on the agenda have failed. Government corruption and the ensuing corrosion of the rule of law in Israel are met with public apathy, and Netanyahu can take most of the credit.

Soon after the investigations began, Netanyahu launched a counterattack intended to undermine the legitimacy of Israeli law enforcement. The most gifted political wizard in the nation’s history was able to convince large segments of the population that he is being persecuted, that undemocratic forces are trying to depose a serving prime minister and that the police, the state attorney and the attorney general are conspiring to remove him from office. Much to everyone’s surprise, Netanyahu’s electoral base bought it all.

Even the term “deep state,” borrowed by Netanyahu’s most ardent followers from President Donald Trump's supporters in the United States, has entered the Israeli public discourse. Netanyahu managed to transform the nation’s gatekeepers of democracy and rule of law into a gang of subversives manipulated by the extreme left and anti-Zionist forces bent on getting rid of him and harming the right and the entire the State of Israel.

Any connection between this theory and reality is tenuous at best. The attorney general’s office is headed by Avichai Mandelblit, who has always been a supporter of the right. Mandelblit became Orthodox, spent four years as Netanyahu’s cabinet secretary and entered his current position as one of the prime minister’s most fervent supporters. However, he is loyal to the institutions of the state and a devout Zionist who believes in the rule of law. When he first saw the evidence brought by the police and understood how deep the rot had spread, he dared not block the investigation or belittle its importance. He was more lenient with Netanyahu than he would have been with any ordinary citizen under similar investigation (and rightfully so, some would claim), but in the end, he signed agreements to turn three state witnesses against Netanyahu. In the eyes of Netanyahu’s associates, he had switched sides and thus became one of their main targets.

Former Police Commissioner Roni Alsheikh underwent a similar process. Here, too, was a right-wing religious man and a former deputy director of the Shin Bet who was once close to Netanyahu and was promoted to the position by the man himself. Here too, his history was no help at all once the ugly flood of leaks and mudslinging began.

State Attorney Shai Nitzan also had his turn as demon of the week, along with a number of prominent journalists whose jobs entail uncovering and reporting on corruption. This campaign against them was artfully orchestrated in stages: When the investigation began, Netanyahu downplayed and ridiculed the issues being investigated. As the police prepared to submit their recommendations, he disparaged them. When the cases moved to the state attorney’s office, he attacked the office. When they moved on to the attorney general’s office, he vilified the attorney general.

In the end, Netanyahu won, at least in the public forum. His supporters are not put off by the investigations into his affairs and accuse the “deep state” and the left of conspiring together to depose him. Other, less prominent suspects are also benefitting, including minister Haim Katz, Aryeh Deri and Yaakov Litzman, Knesset member David Bitan and others. The public is rapidly losing faith in the rule of law.

These efforts all culminate in a campaign to denigrate and delegitimize the Supreme Court. Netanyahu is well aware that it holds his last and most important chance to exonerate himself. If and when the Knesset grants him immunity so that he can escape justice, the issue will inevitably be brought before the Supreme Court. That is why the court, one of the most important beacons of light in Israel’s democracy, has been attacked and battered over the last year like it has never been before. And it is why Netanyahu tried in April and will try again in September to form a coalition that would enable him to legally emasculate the Supreme Court and strip it of most of its authority.

The upcoming Israeli election is more than just a referendum on Netanyahu. It is a referendum on the rule of law itself, which large parts of the population see as little more than a leftist mutation whose sole purpose is to hurt their dear leader.