Like every other suspected civil servant, Netanyahu must step down

Prime Minister Benjamin Netanyahu does not care that any low-level civil servant suspected of a felony is requested immediately to suspend himself until the end of his trial. 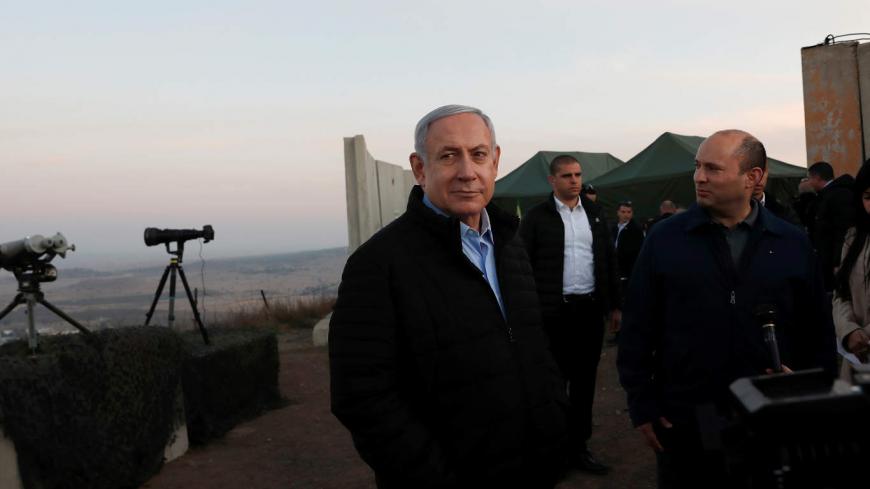 Had Prime Minister Benjamin Netanyahu been a low-level official in Israel’s Ministry of Environmental Protection under indictment for corruption, the state’s Civil Service Commissioner would have sent him home a long time ago to spend time with his family pending the end of the legal proceedings against him. Ezra Saidoff, who served as deputy director general at the prime minister’s office under Netanyahu, was suspended for two years until the culmination of the legal proceedings against him in a case involving fraud and breach of trust at the prime minister’s residences.

The Civil Service Regulations stipulate that a state employee indicted or convicted of a crime or facing a criminal police investigation must report these developments to his or her supervisor. The supervisor will then examine whether “there is cause to suspend the worker.” The regulations make no mention of the “presumption of innocence,” the mantra of the right-wing chorus defending Netanyahu, reminiscent of the cries “he is innocent” by followers of Aryeh Deri, currently the minister of interior, when he was convicted of corruption in 1999 and sentenced to jail.

The presumption of innocence did not serve hundreds of state employees suspended over the years, most of them over offenses far less serious than those detailed in Netanyahu’s three indictments on charges of bribery, fraud and breach of trust. Many were acquitted of the charges against them and returned to their jobs. Absurdly, the law does not oblige an indicted minister or prime minister to resign, although the relevant instructive Supreme Court rulings in the cases against Deri and against Deputy Minister of Religious Affairs Rafael Pinhasi in the 1990s require ministers to step down if indicted. The law allows a prime minister to continue serving until a final ruling is handed down in his (or her) case. This strange discrimination stems from the fact that the resignation of a prime minister is tantamount in Israel to the resignation of the entire government.

Nonetheless, the Israeli lawmakers took into account that prime ministers are not immune to illness and are not immortal, which is why the law allows for suspending the prime minister due to “temporary incapacitation.” Netanyahu’s three indictments can be said to be a severe moral illness, if not an incurable one. As legal expert professor Mordechai Kremnitzer wrote in Haaretz, “Generally, government corruption that is not severe [involves] a one-time failure by a civil servant, a one-off slip-up at a certain point in time. The indictment against Netanyahu presents the opposite picture — of corrupt conduct on various levels that went on for 10 years.”

So far, the ministers and Knesset members are busy competing with Netanyahu over who can best slander the country’s law enforcement and legal system. Their remarks border on violation of the country’s Anti-Sedition Law, which carries heavy penalties for generating hatred, contempt or disloyalty to the state or to its governing or legal authorities. By definition, the law also applies to those who incite or provoke others into violating the country’s laws, to those who generate “unwillingness or resentment” among residents and those who “generate enmity and hostility” among different segments of the population.

No more than six Knesset seats stand between Netanyahu and the amendment of the Immunity Law, which could have extricated him from his legal woes. His right-wing, ultra-Orthodox bloc of 55 seats would need the support of six more to get a Knesset majority. This bloc of Knesset members willing to anoint a person accused of criminal wrongdoing includes a group of people who would not win any prizes for public probity, to put it mildly. One of them, Deri, served time for bribery (2000-2002). Former Welfare Minister Haim Katz also faces indictment whereas coalition chair David Bitan and Deputy Health Minister Yaakov Litzman are awaiting a decision by the attorney general whether to adopt the police recommendations to indict them.

Since the law stipulates that the resignation of a minister applies to his (or her) deputies, too, and by law, Netanyahu will have to resign from the four ministerial posts — including the health portfolio — he holds in addition to the premiership, Litzman will also have to step aside. His Yahadut HaTorah party will have to choose between giving up the influential post and violating its principle against serving as full-fledged ministers in a Zionist government. And who decides such matters in the state that prides itself on being “the only democracy in the Middle East”? A bunch of rabbis known as the Council of Torah Sages (and Rabbi Yaakov Aryeh Alter, leader of the Gur Hasidic sect), for whom the laws of the Torah supersede those of the state. Actually, the rabbis are not to blame when the prime minister slings mud at the secular rule of law and accuses the state prosecution and the police of stitching him up in a bid to overthrow his government.

A Channel 13 News poll conducted after the attorney general’s Nov. 21 announcement of Netanyahu’s indictments indicates that only a minority of the public (35%) supports Netanyahu’s continued term as prime minister, while a firm majority (56%) believes he should vacate his seat. However, in democratic states, prime ministers are replaced at the ballot box and not by polls, demonstrations and petitions. Nonetheless, when the voter is repeatedly unable to replace the prime minister, and the attorney general is reluctant to order his suspension, the only remaining option seems to be dumping this hot potato on the doorstep of the nation’s top court.

The Movement for Quality Government in Israel, a public watchdog and advocacy group, already petitioned the Supreme Court to instruct the government to designate a replacement for the prime minister. The petitioners argued that Netanyahu’s continued incumbency could damage public trust in the ruling institutions, and in their integrity and probity. The justices rejected the petition on a technicality, explaining that the petitioners had not exhausted other legal proceedings. Meanwhile, Netanyahu is resorting to all options at his disposal, including sedition and incitement, in an effort to cling to power with all his might.