Iraqi Sunnis accuse the government of trying to cover up Shiite violence against them by burying bodies of displaced persons who haven't been identified. 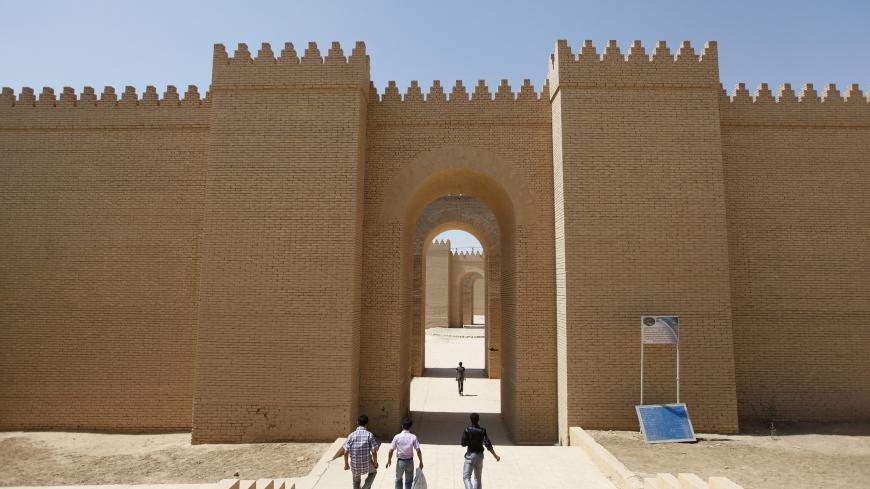 BAGHDAD — Iraq is investigating the circumstances surrounding years-old unidentified human remains that were buried recently in Karbala province. Sunni groups allege the Iraqi government tried to hide evidence of sectarian violence by disposing of the bodies in unmarked graves — a charge the government denies.

The 31 bodies had been held for at least two years in the Babylon province Health Directorate morgue before being turned over earlier this month to a charity for burial in a cemetery in neighboring Karbala province.

A video posted Aug. 10 on social media showed people from the Fatima Zahra Foundation burying the bodies. That alone raises sectarian controversy, as the charity is affiliated with the Popular Mobilization Units (PMU). The PMU is predominately Shiite, and many of its factions are backed by Iran. Critics believe the bodies belonged to displaced Sunnis from northwestern Iraq.

Some say the health directorate hadn't given the competent authorities the opportunity to verify the identities of the bodies before they were buried.

However, Ali al-Bayati, a member of Iraq's Independent High Commission for Human Rights (IHCHR), told Diyaruna news that DNA testing had been conducted on the remains, but families never claimed the bodies. They were buried according to the law, he said.

Babylon provincial deputy Mansour al-Baiji told Al-Monitor, “The issue of the bodies is being exploited for political motives, to disrupt the situation in the province for certain gains. Those bodies have been at the Babylon Health Directorate for years, and no political party had asked about them.” He added, “These bodies are from different incidents, from no particular area.”

Shiite parties believe that what is happening is an attempt to provoke sectarian strife once again and disrupt the security improvements in Iraq. They say the Islamic State (IS) was to blame for the bodies.

Parliament's Displaced People Committee believes the timing served to show that Abdul Mahdi has failed to live up to his pledge to bring the displaced Sunnis back to their areas, particularly in Jurf al-Sakhar. This raises the question of whether Abdul Mahdi's political enemies are trying to embarrass him.

Jurf al-Sakhar is an agricultural area between Baghdad and Babylon whose residents were displaced to other Iraqi areas after IS took control and the PMU subsequently carried out liberation operations in 2014. Many people are still unable to return home for various reasons, though security seems to be the primary concern. Iranian-backed militias hold great influence in the area.

Regarding the 31 bodies, the Sunni Iraqi Decision coalition led by former Vice President Osama al-Nujaifi believes they, along with 51 others originally found in the same place in Babylon province, were Sunni citizens. Some of the bodies had been beheaded or otherwise dismembered. In a statement, the coalition demanded to know the identities of the “criminals who committed these massacres with no consideration to the state and the law.”

Anbar Salvation Council leader Hamid al-Hayes called on the Sunni blocs to withdraw from the government for being complicit in “covering up the bodies of the kidnapped.”

Nujaifi said during an Aug. 20 press conference, “If the government doesn't play its role in relation to the bodies found in Babylon, we are obliged to take other routes, such as the judicial and international routes, to present this humanitarian issue before the international community and international courts as a crime against humanity.”

He added, “The militias exploited Jurf al-Sakhar for secret activities and detention centers." He noted “the presence of thousands of witnesses for crimes committed in Jurf al-Sakhar.”

Perhaps the skepticism surrounding the fate of the displaced people and their areas is due to the current government's makeup. It includes the Fatah Alliance's PMU factions, which the Sunni blocs accuse of killing hundreds of Sunnis and obstructing the return of displaced people.

“The political leaning is toward preventing displaced people from returning to their areas. ... Abdul Mahdi’s promises to allow their return have yet to be fulfilled, even though it has been over a year since he formed his government,” Bayati, of the IHCHR, told Al-Monitor.

He suggested that “investigations won't reach clear results on the issue of displacement and enforced disappearance.”

As is customary in every inquiry commission set up in Iraq after 2003, there will be no sanctions on any responsible party if the commission does indeed properly complete its work. The only benefit expected from the discovery of the bodies is that it reopens the displacement issue.