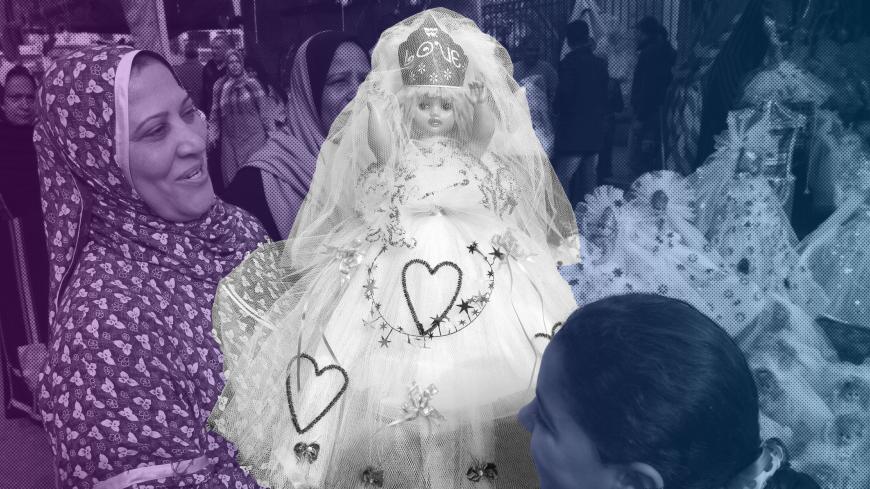 A new electronic marriage registry service in Egypt was inaugurated earlier this month, as a Muslim and Christian couple electronically signed their marriage certificates in the country’s northeastern governorate of Port Said.

During the marriage ceremonies, the registrars carried a tablet connected to the Civil Status Authority database that both verified the information on the spouses immediately and updated their online service accounts within a day giving them access to their marriage certificates.

The launch of the electronic marriage registry service comes as part of Egypt’s digital transformation plan. In December 2018, Communication and Information Technology Minister Amr Talaat announced that 20 e-government services, ranging from renewing traffic licenses to obtaining divorce and marriage certificates, would be provided in 2019.

The government has chosen Port Said governorate, which has a strong information technology infrastructure and the highest usage of cellphones in the country, to become a model for the digital transformation. Eight government services, including the marriage e-registry, have been offered electronically to residents of the province since June 30.

The new system, which will provide easy access in order to update marital information, aims to prevent underage marriage, a common problem in Egypt and the region.

It will also prevent Muslim men from marrying more than four wives and bigamy for Christians, said engineer Khaled El Attar, deputy minister of communications and information technology, during his visit to Port Said governorate on Aug. 2 to inaugurate the Electronic Documentation Center. The e-service comes at a time when Egyptians — particularly Christians — are debating whether the country needs amendments to personal status laws on customary marriage and polygamy.

Civil society groups have different views on whether the faster and more efficient e-registry system can play a serious role in curbing underage marriage — marriages where one of the spouses, most often the bride, is under the legal age of 18 — in the country. According to a report released in 2018 by the Central Agency for Public Mobilization and Statistics, the number of cases of child marriage in Egypt stood at about 117,000.

Randa Fakhr El Deen, a women’s rights activist and executive director of the nongovernmental Union Against Harmful Practices on Women and Children, said that the new system would greatly help reduce child marriage as the age of those wanting to get married would be electronically documented. The registrar could simply refuse to carry out the ceremony if one or both parties is under the age of 18.

But Abdel Fattah Yehia, a lawyer at the Center for Egyptian Women Legal Assistance, told Al-Monitor that although the system is good in general, it would not curb the marriage of minors because very few of the child marriages are legally documented, as the families know it is forbidden and wait until the age of 18 to do so.

“[A child marriage] is documented with a contract similar to the official paper and when the wife reaches the legal age of 18 they then register the marriage,” he told Al-Monitor. The paper is signed between the couple — or, more often, by the family elders — but has no legal standing.

Yehia believes that the marriage of minors can only be tackled through awareness and education campaigns so that parents in underprivileged areas do not force their daughters into early marriage, and allow them to continue their education instead.

Fakhr El Deen said the new registry system will also help women by ensuring that their husband will not be able to take a new wife without their knowledge. “The system would not allow married men who marry for the second [or third] time to sign a marriage contract without the knowledge of their [current] wife [or wives]. That practice used to take place a lot and it violates the right of the wife,” she noted.

While many experts believe that the new system is not a solution for all irregularities in regard to marriage and divorce, it will make data access both easier and faster.

According to Sheikh Mohamed Moustafa, a marriage registrar in Port Said governorate, It would certainly cut the red tape on some of the formalities and prevent clerical errors. “This system can detect errors that may occur in the data entered. It also checks the validity of and conformity to the national identification number and detects the marital status of the couple,” he told Al-Monitor.

He added that the new system will also save a lot of time and money spent currently on paper-based procedures in order to document marriage and divorce cases.

“It will be much easier, faster and more efficient,” he said, referring to the fact that the new system allows the issuance of the certificate just within one day instead of a week or two.

However, Moustafa said that all marriage registrars should have been trained before they started to use this new system in order to avoid any problems. “Some registrars may not be familiar with the technology. A proper training course should be provided to all registrars in order to keep them fully aware of the new system’s mechanism,” he concluded.