Russia has been engaged in the Levantine oil and gas sectors for some time, but now Moscow could use that foothold to help build lasting security in the region. 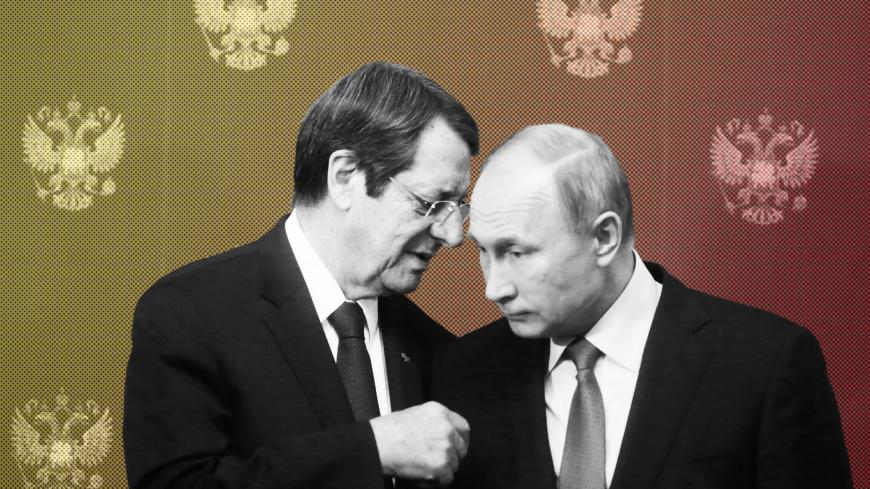 Russia's 2015 military campaign in Syria entailed a build-up of its presence in the eastern Mediterranean. Since that time, Moscow has been promoting the idea of maintaining and restoring state institutions in war-torn Syria and Iraq. Moscow has helped forge a range of new regional crisis-management formats including the Astana peace talks to resolve the Syrian conflict and the Baghdad Joint Coordination and Information Center comprised of Iraqi, Iranian, Russian and Syrian representatives. These efforts have been accompanied by other activities such as Russia’s gradual inclusion into oil and gas projects in the region.

Large gas deposits have been discovered since the early 2010s in the territorial waters of the eastern Mediterranean states, among them the Zohr field off the Egyptian coast, the Tamar and Leviathan fields off Israeli shores and the Aphrodite field off the coast of Cyprus. The natural gas reserves in the Levantine Basin are estimated at at least 3.8 trillion cubic meters. The projects could not but interest Russia as the major gas exporter to Europe. Russian companies had explored the market prior to 2015, but the country’s increased military presence in the region with deployments to the Khmeimim Air Base whipped up further interest.

Russian giants Rosneft and Novatek have formed consortia with Western companies and gotten involved in developing gas fields in the Levantine Basin. It's noteworthy that while Gazprom dominates the Russian domestic gas market in terms of development and sales, in the eastern Mediterranean, Novatek and more interestingly Rosneft hold sway. Rosneft managed to quickly join in the exploitation by acquiring a stake in the Egyptian Zohr Field and forming a consortium with the Italian energy company ENI, which had discovered the deposit.

Naturally, Russia has the most solid negotiating position on oil and gas projects in Syria. On Feb. 5, 2018, Russian Energy Minister Alexander Novak and Syrian Petroleum and Mineral Resources Minister Ali Ghanem signed a road map to cooperate in the oil and gas sector within the framework of an intergovernmental commission. The document references “rehabilitation, modernization, and construction of new energy facilities in Syria” as well as exploration projects on land and offshore. In July 2018, the Russian ministry reported the start of geological prospecting in Syria. Among the Russian companies mentioned that would likely be involved were STG-Engineering, JSC Zarubezhneft, JSC Zarubezhgeologiya and Technopromexport.

There is no official data available on the gas potential in Syrian territorial waters. Nevertheless, the newly discovered eastern Mediterranean gas fields suggest the presence of large reserves off Syria as well. "Russia has seized Syrian natural resources (gas, oil and phosphate) by means of long-term contracts,” reports Syrian opposition digest Enab Baladi. “The Russians have invested in the Syrian gas fields for 10 to 15 years in return for 25% of the total production.”

Apart from Syria, Russia has also set its sights on Iraq with far more ambitious plans. Russian officials say that Russia’s Lukoil alone could invest up to $45 billion by 2035. In the medium term, however, Russia has to frame a unified policy on the construction of oil and gas infrastructure in Syria and Iraq. This requires auditing existing projects and conducting preliminary cost-benefit analyses for Russian companies in what has virtually become subregional energy integration in the Mashriq.

Similar Russian outreach has backfired in the past. For instance, Russia’s Stroytransgaz had the potential and was willing to build an oil pipeline extending across Iraqi-Syrian territory from Kirkuk to Syrian ports, but the Kirkuk-Baniyas pipeline was damaged by US airstrikes in the 2003 Iraqi invasion. The security situation in Syria, as in the Iraqi case, plays a major role and requires a political settlement as well as an agreement with tribes of the Jazira region and the Kurds. Nevertheless, several factors have already paved the path for Russia’s expanding footprint in the eastern Mediterranean.

The list includes close contacts and working relations with regional states, the Khmeimim military base on the Mediterranean, ensuring management control over the Lebanese port of Tripoli and the Syrian port of Tartus via contracts for Rosneft and Stroytransgaz, additional investments in the Iraqi oil sector, participation in gas projects in the Levantine Basin and the construction of the Akkuyu nuclear power plant in southern Turkey as well as Egypt's El Dabaa plant.

At the moment, there are two views on how intraregional relations in the east Mediterranean might evolve following the large gas discoveries. One holds that disputes in this part of the Mediterranean will degenerate into open conflict, and the other foresees a more optimistic scenario of pragmatism leading to greater coordination and synchronization among the bordering nations. The aim of reaping maximum profit from gas extraction, the latter theory goes, might serve as a confidence-building mechanism that will help shape the future security architecture.

In this context, the disagreement between eastern Mediterranean states and Turkey and European Union sanctions against Ankara over its drilling operation in waters off Cyprus are a recipe for escalation involving external players. The latest developments in Turkey’s relationship with the United States and the EU have fed the flames between Ankara, on the one hand, and Cairo, Damascus, Nicosia and Athens on the other.

Depending on technical feasibility and capacity, Russia could engage in most gas projects in the Levantine Basin. For the regional states, its involvement would ensure the security of gas production along with the expertise it would offer. Given that the key to maximizing profits in the basin is joint gas development, Russia could act not only as a major partner, but also as a mediator in regional disputes. Absent an “honest broker,” the region runs the higher risk of new clashes and challenges.

Should an independent player, an accommodator and troubleshooter, emerge and the eastern Mediterranean commit itself to the peaceful handling of economic issues, it could pave the way for confidence building and even shape the elements of collective security. Such an approach would strengthen Russia’s positions in case large gas reserves are discovered in Syrian territorial waters. Deconfliction and even joint security efforts in the eastern Mediterranean may be put on the US-Russian agenda, with Russia and the United States jointly monitoring the regional situation to benefit all stakeholders.