What did Lavrov discuss in Baghdad and Erbil? 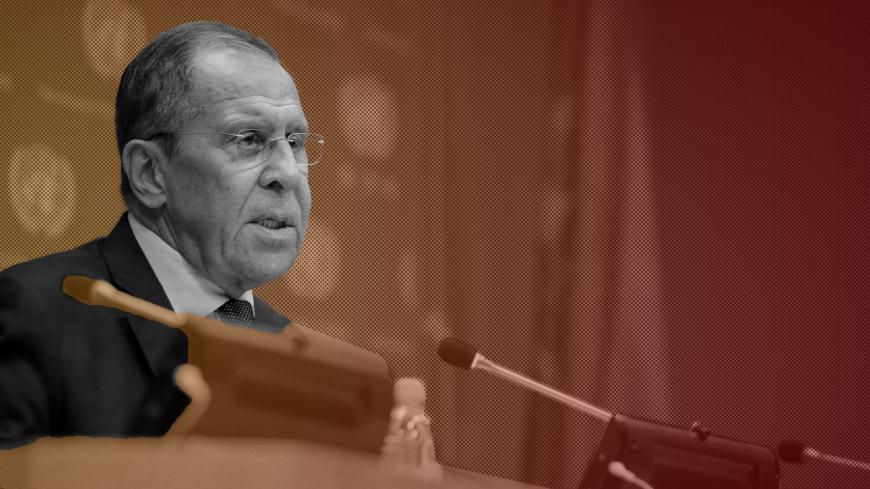 Russian Foreign Minister Sergey Lavrov speaks during a news conference on the sidelines of the 74th session of the UN General Assembly at UN headquarters in New York, Sept. 27, 2019. - REUTERS/Brendan McDermid

Russian Foreign Minister Sergey Lavrov visited Baghdad on Oct. 7. Since his last trip more than five years ago, the situation in Iraq and the region has changed dramatically. Lavrov also visited Erbil, the first time the top Russian diplomat has visited Iraqi Kurdistan.

The visit to Iraq took place during a period of unrest and hardships for the country’s population. Weeklong protests saw more than 100 killed and over 6,000 injured. The violence disrupted the foreign minister's visit as he had to cancel his stay in the capital. Nevertheless, Lavrov’s agenda, though cut down to one day, included meetings with all key figures of Iraq’s government: President Barham Salih, Prime Minister Adel Abdul Mahdi, parliament Speaker Mohammed al-Halbusi and Foreign Minister Mohammed al-Hakim, who also co-chairs the Inter-Governmental Russian-Iraqi Commission for Trade, Economic, Scientific and Technical Cooperation from the Iraqi side.

Lavrov avoided mentioning the protests in his public statements, adhering to Moscow's principle of non-interference in the internal affairs of its allies in the Middle East. The visit’s agenda emphasized trade and economic cooperation. Lavrov was accompanied by a delegation of entrepreneurs, among them Gazpromneft Director Alexander Dyukov, Soyuzneftegaz CEO Yuri Shafrannik, representatives of the Federal Service for Military-Technical Cooperation and officials from Russia’s oil giant Rosneft and Technopromexport, a Russian engineering company that builds energy facilities in Russia and abroad, including power plants, power lines and electricity substations. The Russian Foreign Ministry said no particular contracts were discussed and the negotiations were mostly dedicated to a “demonstration of intentions.”

Although the trade volume between the countries is hardly sufficient (it rose to $1.4 billion in 2017 but fell to around half that in 2018), Iraq is one of Russia’s key economic partners in the Middle East, mostly due to military-technical cooperation and energy contracts. Despite pressure from the United States, in 2014 Iraq ranked second as a global purchaser of Russian weapons with about 11% of all Russian arms exports. Nor did American influence hamper cooperation in the oil and gas trade.

A source in Russian diplomatic circles who spoke with Al-Monitor not for attribution said Russia has managed to win the contracts with Iraq that Moscow deemed to be the most important. Russia’s relations with Iraq are a unique case where regime changes and government shifts are not hindering political and economic cooperation between the nations. Yet the Russians are not resting on their laurels, explaining why a large group of entrepreneurs and business officials accompanied Lavrov even though most of them had visited Baghdad in April for the latest session of the Inter-governmental commission.

Russian investments into Iraq’s oil and gas industry may increase up to $40 billion by 2025. Lukoil and Gazpromneft are currently active in the country, and the Bashneft and Stroytransgaz corporations are planning their own projects there. As recently as mid-September, Gazpromneft expressed interest in the Mansouria oil field and was invited to take part in a tender for this facility. Iraq has signed an agreement with Stroytransgaz on the development of a gas field in Anbar province, though the project has not been yet implemented.

Even before the Arab Spring, Stroytransgaz had planned to build an oil pipeline from Kirkuk to Syrian ports through Iraqi and Syrian territory. Currently, the company has a 49-year lease to manage the Syrian port of Tartus.

Gazpromneft also plans to take part in a tender for production in Iraq's Mansouria gas field that the company said would be innovative. Following Lavrov’s visit, Gazpromneft chief Alexander Dyukov told journalists that his company is “not going to stop here” and has been developing new projects for Iraq’s energy industry. Dyukov said the work in Mansouria would allow the production of more gas needed for the generation of electric power, which suffers from an energy deficit. He reiterated that the company tries to carry out socially significant enterprises in the territories in which it operates. For instance, Gazpromneft has contributed to mine clearing and electricity grid expansion as well as hospital and school construction in Iraq. Dyukov said that the corporation is also planning projects in Kurdistan and that the government in Baghdad has been informed about this and has made no objections.

Rosneft’s petroleum-related ventures, though, brought about a different response. A few years ago, the company signed agreements with Iraqi Kurdistan, ignoring the objections of the national government and causing concern in Baghdad. This issue is believed to be in the process of being settled now; knowledgeable sources told Al-Monitor that the matter dragged along for almost two years, even though the disputes between Iraqi national leaders and the Kurdish administration over the subject became less sensitive.

Lavrov said during his meeting with Iraqi Kurdish leaders, “The relationships between Baghdad and Erbil are tending to improve.” He added, “We expect that all current issues will be solved, facilitating social and economic development” and addressing other problems.

In Erbil, Lavrov negotiated with President of Iraqi Kurdistan Nechirvan Barzani and Prime Minister Masrour Barzani. Lavrov held a separate meeting with former President Massoud Barzani, who resigned two years ago. During the talks in Erbil, the Russian foreign minister expressed his support and appreciation for the reestablishment of good relations between the national and Kurdish administrations. Iraq’s ambassador to Russia, Haidar Mansour Hadi, also attended the meetings in Kurdistan, indicating Moscow’s willingness to maintain transparency in its relations with Baghdad. Hadi was appointed ambassador to Russia by the Iraqi central government in 2016.

Lavrov touched upon a broad range of political issues from Syria to Palestine and security in the Gulf region. Russian diplomats have commended the Iraqi government for striving to adopt a multidirectional foreign policy in spite of Baghdad’s inevitable dependence on the United States and Iran. Moscow also has supported Iraq’s efforts to mediate between Washington and Tehran, although Russian officials have come to the conclusion that this is basically impossible at this stage. Summing up the talks at the Iraqi Foreign Ministry, Lavrov said uniting the efforts of all regional actors is “necessary, but not at the expense of bullying others,” in a subtle poke at current American policy against Iran in the region.