With its bid to mediate a Lebanon-Syria maritime dispute, Moscow is opening a new venue for engagement in the Levant. 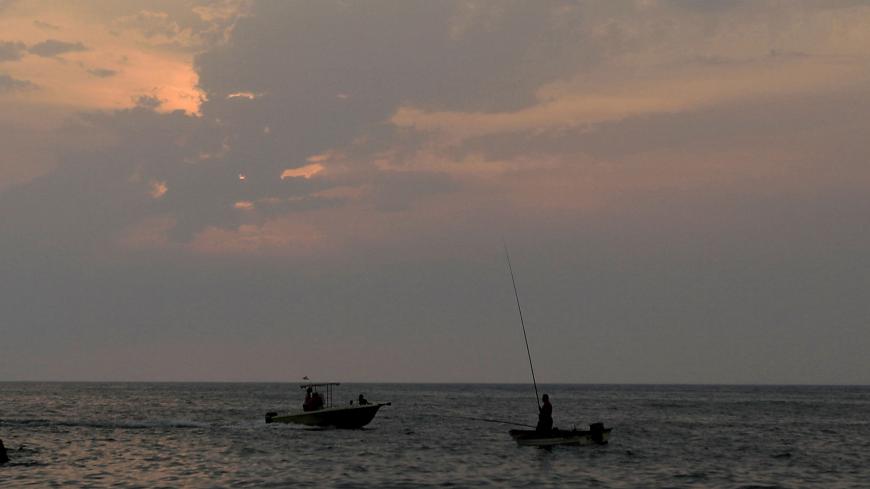 Men fish at the seaside during sunset in Beirut, Lebanon, May 28, 2018. - REUTERS/Jamal Saidi

Lebanon seeks Russia’s mediation on its maritime border with Syria.

“We have knowledge that Syria wants to demarcate the maritime border with Lebanon, and Russia is present in this area and at this border in particular,” Lebanese Defense Minister Bou Saab told the Russian news agency.

Saab mentioned that Russia may be incentivized by its own economic interests in the area. Together with Italian Eni and French Total, the Russian Novatek company is part of the consortium of international oil companies that will start exploration operations in December in Lebanon's offshore Block 4.

Lebanon is also significant for Russia within the context of Moscow’s efforts to reinforce the stability of Syrian administrative institutions, viewed as a rear foothold for long-term stabilization in Syria. In this situation, Moscow’s mediation of the territorial controversies between Lebanon and Syria is only logical.

“Russia may act as a mediator in the debate over maritime borders between Lebanon and Syria if it is necessary,” said special presidential envoy for Syria Alexander Lavrentyev during his latest visit to Lebanon. “As you know, currently the maritime border between Lebanon and Israel is being drawn out via US facilitation efforts. If our support or aid is needed, we are ready to provide it, as progress and achievement of any specific agreements on such crucial issues actually benefits the growth of trust — and, more importantly, allows for stabilization in the region,” he added.

Lavrentyev stressed that Russia is always willing to lend Lebanon “any possible assistance” that would also serve interests of Syria.

Meanwhile, according to the Asharq Al-Awsat newspaper, the Russian government has already requested that Damascus intensify its contacts with the Lebanese authorities to initiate the discussion on the border. Syrian officials followed shortly after with overtures on border demarcation.

These actions stem from Russian companies' interests in the Mediterranean energy reserves and there will be ample funding for the demarcation process. In 2013, Moscow and Damascus signed an agreement on the discovery of oil and gas reserves in the territorial waters off Syria — the first such deal in the history of the two countries. As was reported back then, the Russian side had been represented by SoyuzNefteGaz company. On the Syrian side, the contract was signed by the country’s Oil Minister Suleiman Abbas and General Petroleum Company, an oil and gas corporation. However, in 2015 the company suspended the oil and gas discovery project due to the ongoing war. Nevertheless, Russian businesses are still willing to pursue production in Syria.

The interest in the eastern Mediterranean oil and gas fields is not restricted to the Syrian territorial waters: Moscow is also seeking development of offshore reserves in Lebanon. In March 2019, prior to his visit to Moscow and negotiations with President Vladimir Putin, Lebanese President Michel Aoun stated there was no reason Russia would not be able to mediate the Lebanese-Israeli spat over the maritime border.

The conflict between Lebanon and Israel flared up once more in late 2017, when Beirut licensed a consortium of Russian, French and Italian companies (Total and Eni, each with a 40% share, and Novatek with 20%) to exploit shelf Areas 4 and 9 of the Levantine sedimentary basin. Area 9, considered the richest in oil, has an ambiguous territorial status, long claimed by Israel. In April 2019 Beirut moved forward on qualifying foreign corporations to exploit the fields in the areas 1, 2, 5, 8 and 10, though the last two areas are also adjacent to Israel, which is hardly willing to share, and Areas 1 and 2 are formally disputed by Syria.

Novatek’s foreign assets are scarce and the company prioritizes development of reserves in the Arctic, not the Mediterranean. The industry experts who spoke with Al-Monitor not for attribution argue that the corporation has two primary reasons to take part in the Lebanese project. First, it needs to cooperate with Total, its principal partner in the “Yamal SPG” project. Second, and, perhaps, more importantly, Novatek is fulfilling the request of the Russian government, which actively supports the company and is working to transform its expanding military and political influence in the region into efficient business projects that are highly important due to European and American sanctions. Novatek itself is under US sanctions.

Considering that the corporation is in the Lebanese project as part of the consortium, the financial risks it may face are minimal, though the political benefits for Moscow are obvious. The whole story of Novatek’s arrival to Lebanon, viewed in the context of a signed agreement on extending Rosneft’s authority to the petrochemical storage terminal in the port of Tripoli (most likely directly stemming from the situation in Syria), has already inspired numerous conspiracy theories.

Therefore, Moscow’s efforts to clearly define the borders likely indicate a new stage in its political and economic fields of influence in Syria. Russia's intensified diplomatic efforts indicate that Moscow believes it's possible to solve the land border dispute between Lebanon and Syria. For a while, the nations have been trying to agree upon the Shebaa Farms, a neighborhood in the mountain range near the Golan Heights. This area, rich in water, is at a crossroad between southeastern Lebanon, southwestern Syria and northern Israel. During the Six-Day War, Israel managed to gain control over this territory as well as the Golan Heights. While the area is a source of controversy, it serves as a buffer zone between the three nations. Despite close contacts between the Syrian government and the Lebanese Hezbollah movement, relations between Damascus and Beirut have been regularly hampered by these border disputes.

As the active phase of the civil war in Syria seems to be dying down, it becomes necessary to tie up loose ends. Some Lebanese elites support Russia’s initiative to repatriate Syrian refugees. Aoun has recently openly said that if the Europeans do not facilitate the refugees' return, Lebanon will cooperate with Damascus to organize the process. Moscow appreciates these views and seeks to engage Lebanon in other venues, the Astana format in particular. Though the Syrian opposition claimed that a political resolution had been killed by the military campaign in Idlib, Beirut is likely to support the Astana summit since the Lebanese government is not merely interested in returning the Syrians home but has already launched an aggressive campaign to oust them from the country.