Egypt and Israel reached a settlement deal ending a long-standing dispute over Egypt’s decision to cancel gas exports to Israel. 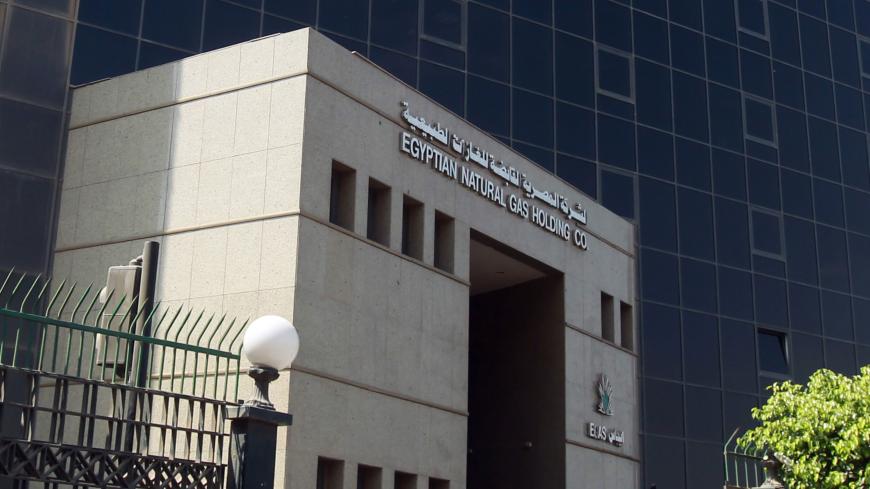 Egypt's Ministry of Petroleum has recently ended the long-simmering gas dispute with Israel after signing a settlement agreement worth $500 million to compensate Israel for halting deliveries of gas. Under the agreement, the compensation due to be paid to Israel has decreased from $1.8 billion to $500 million.

“It was amicably agreed to resolve the dispute as well as settling and reducing the compensation amount,” the Ministry of Petroleum said in a statement received by Al-Monitor.

“This is a dazzling success for Egyptian diplomacy. Israel has a ruling. However, Egypt managed to reduce the compensation and reach a settlement agreement,” said Tharwat Ragheb, professor of petroleum and energy engineering at the British University in Egypt.

Ragheb told Al-Monitor that settling the gas dispute between Egypt and Israel has become a must, putting into consideration the country's plan to become a regional gas hub. “The agreement lifts a huge financial burden off the Egyptian government's shoulders,” he said.

The Egypt-Israel gas dispute has passed through many phases, starting from signing an agreement to export gas to Israel, to the international arbitration and finally to the settlement agreement.

In May 2005, Egypt signed an agreement to export gas to Israel for a period varying between 15 and 20 years, at a fixed price throughout the supply period. Under the agreement, Egypt is committed to exporting 1.7 billion cubic meters of gas per year to Israel through an intermediary company — East Mediterranean Gas Company (EMG) — with exports beginning in mid-2008.

The price mentioned in the agreement was set at $0.75 per million British thermal units. The agreement also stipulates that this price could increase up to $1.25 if the brent crude price reached $35 per barrel. In the meantime, Egypt was importing gas from Algeria, Russia, Saudi Arabia and the United Arab Emirates at $3.50 per million British thermal units.

On the same day of signing the agreement, the Organization of Arab Petroleum Exporting Countries published a statement saying that the global price of gas at that time had been estimated at $6 per million British thermal units, which sparked a row over the key reasons lurking behind exporting gas to Israel at a meager price.

After huge waves of anger criticizing the agreement, the Egyptian government demanded in 2009 to increase the price of gas exports to Israel under the pretext that the agreement price is not commensurate with world prices, a matter that was met with Israeli rejection. Israeli newspaper Yedioth Ahronoth published an article back then expressing its surprise as Egypt gave Israel very low prices while signing the agreement, without considering the global gas prices at the time. Despite this dispute, the Israeli media said that halting gas deliveries will not harm the political ties between the two countries.

Though the Egyptian Supreme Council of Energy took a decision in 2008 not to sign any new contracts for the export of gas to Israel until the end of 2010, Hussein Salem, Egyptian businessman and partner in EMG, signed three deals with industrial companies in Tel Aviv in 2010 to export Egyptian gas to Israel, at a price of $3 per million British thermal units.

In 2011, particularly in the wake of the June 25 Revolution, Egypt plunged into a whirlwind of political instability. After the revolution, Egypt's gas pipeline to Israel was hit by about 18 explosions, which led to the halt of supplies.

In April 2012, the Egyptian government decided to cancel the gas export agreement with Israel and sent a letter informing intermediary company EMG of this move. (EMG was exporting the Egyptian gas to Israeli electricity companies via the Arish-Ashkelon pipeline.)

Under the three new agreements signed by Salem, Egypt exports to Israel an additional 1.7 billion cubic meters of gas, bringing Egypt's total annual export to Israel to 3.4 billion cubic meters, which is double the quantity set for in the 2005 agreement. More importantly, Israel said that about 16% of the electricity generated in Israel came from Egyptian gas.

The IEC resorted to international arbitration in Geneva seeking compensation for the losses caused by Egypt’s decision to stop supplying natural gas.

In December 2015, the International Chamber of Commerce in Geneva issued a ruling requiring EGAS and EGPC to pay $288 million to EMG and $1.7 billion to IEC.

Until it announced the settlement agreement, the Egyptian government entered into negotiations with Israel to reach a compromise regarding this ruling over the last few years.

“Even the settlement amount will not be a burden on the government budget since Israel will start to send gas from the fields of Delek Drilling and its partner Noble Energy to the Egyptian gas liquefaction companies as of July. So through these services the compensation will be paid,” Medhat Youssef, former EGPC vice president, told Al-Monitor.

The settlement agreement and putting an end to the hustle related to the Egypt-Israel gas deal will help promote the investment environment in Egypt, Youssef concluded.