Despite US pressure, expect regional players to phone in Manama meeting

Several regional states will show up for the US-led conference in Bahrain, but none of them really believes it will promote Middle East peace. 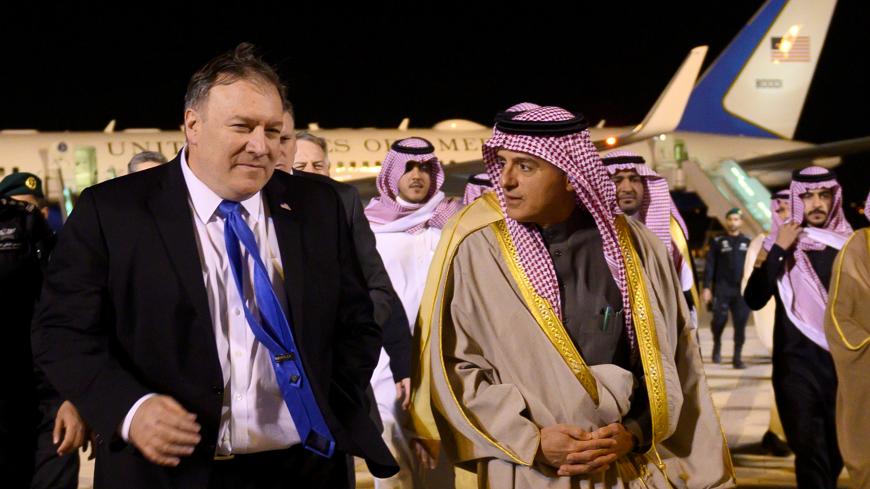 Two weeks prior to the opening of the June 25 Bahrain conference, where the US administration plans to unveil economic component of its Israeli-Palestinian “deal of the century,” Israel is uncertain the event will take place. What is the point of a conference showcasing a comprehensive peace plan that neither side wants? President Donald Trump's administration appears to be the only party interested in the plan, parts of which are to be revealed at the conference in Manama after more than two years of gestation.

The Palestinians announced on May 23 that they would boycott the event. Egypt and Jordan clearly see no chance of its success, certainly absent the participation of the Palestinians. Israel, too, would rather the Palestinian issue remain sidelined as it carries on with its endless election efforts. No official Israelis will have a bad word to say in public about the plan or the timing. It is easier just to say “we await an invitation” in the hopes that US presidential envoys Jason Greenblatt and Jared Kushner, faced with an event that seems to be sputtering, will delay the meeting at least until the winter months, when the Israeli political picture becomes clearer. Trump’s envoys apparently had no idea what awaited them when they set foot in the morass known as the Israeli-Palestinian peace process.

An Israeli security source told Al-Monitor on condition of anonymity that the way things are shaping up, “even if the conference takes place, it will certainly not be a historic event. Anyone looking at the picture in its entirety understands that it is likely to be a minor event and possibly an embarrassing one.”

Indeed, Kushner and Greenblatt appear to be facing tremendous organizational hurdles they're not likely to overcome in the days remaining before the conference. They probably expected a better response, though they probably did realize that Palestinian President Mahmoud Abbas might refuse to come. So far, only a handful of Palestinian business people have said they would attend in a display of courage, ignoring Abbas and other Palestinian Authority officials' call to boycott Trump’s scheme.

Also, Israel and Egypt, both pillars in the implementation of any future peace plan, are clearly unhappy about attending the event. “It is our assessment that even if the conference is held,” said the Israeli source, “the really important states such as Egypt and Jordan and even Saudi Arabia will send minor delegates such as deputy foreign ministers, directors general of economic ministries and even less than that.” Israel will probably send Finance Minister Moshe Kahlon and the Coordinator of Government Activities in the Territories, Maj. Gen. Kamil Abu-Rukun.

Representatives of the business world — from the Gulf and other Arab states, as well as Palestinians — will likely attend, but not out of any sense of responsibility to a cause or a vision of resolving the Israeli-Palestinian conflict. “They will come because of their egos,” said the Israeli source. “Who rejects an opportunity to join an elite club of leading Middle Eastern business people, to which the United States itself grants an entry ticket? Anything having to do with the US, certainly when it comes to economic dealings, could contribute to their business in the future.”

Back in Israel, meanwhile, US Ambassador David Friedman dropped a bombshell. In a New York Times interview on June 8, Friedman said Israel has the right to annex parts of the West Bank. Friedman’s views are well known, as is his support for Israel’s settlement enterprise in the territories. Palestinians dub him “the settler.” However, no one expected that during these critical days of preparations for the Bahrain conference, with all the attendant difficulties and uncertainties, the US ambassador in Jerusalem would put things so bluntly. His remarks gave Prime Minister Benjamin Netanyahu and the Israeli right a significant tailwind on the controversial annexation issue, but they may chase away those who are still undecided on whether to fly to Bahrain.

On June 10, Egypt announced it would attend the conference. An Egyptian source told the Dar al-Hayat news site that after much deliberation, his country had decided to attend even though “the conference will fail.” The source added that Egypt’s attendance does not indicate its approval of the principles underlying the Trump peace plan. Reading between the lines, Egypt will show up because it has no choice: US aid is its lifeline.

The organizers are now awaiting the response of Jordan’s King Abdullah, who is in a more complex situation. How can the monarchy afford to take part in the conference after an official American emissary publicly said that the annexation of West Bank land has the backing of the president of the United States?

“If you ask me,” said the Israeli source, “and this is only based on my personal assessment, the Jordanians will show up for the conference eventually but at a very low level. They, too, like the Egyptians, will say they are not interested in the conference because it doesn’t stand a chance and they do not support the 'deal of the century,' but they are coming to listen.”

It will be interesting to see how the Americans market the event on the global stage. The president’s honor is at stake and admitting that his grandiose plan is limping before it has even taken its first step would be highly unpleasant.