The Egyptian Catholic Church recently announced that it needs to further study the unified personal status law proposals, at a time when customary marriage and polygamy remain under debate for Muslims. 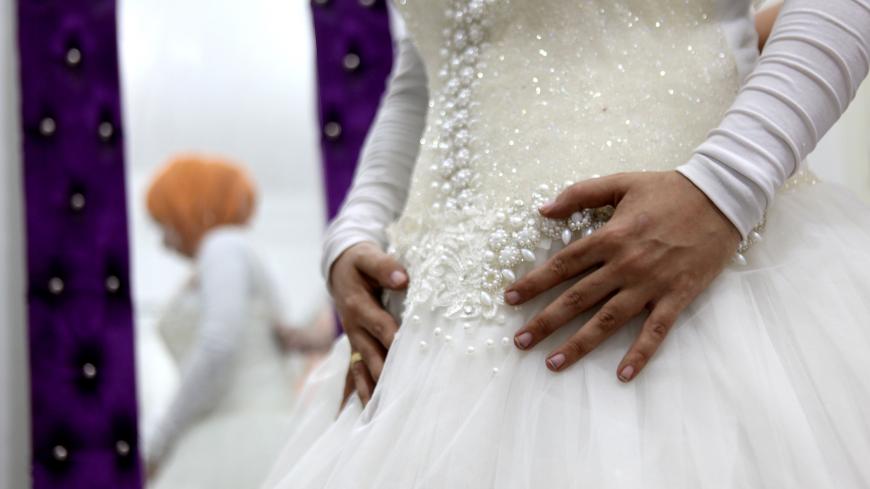 CAIRO — Following repeated complaints by many Muslims on the rights of women in the current personal status law, and the daily impact of the absence of a clear law regulating divorce among Christians, the Egyptian parliament was hoping to issue, or at least to start discussions in May-June, of new personal status laws for Muslims and Christians — but these hopes were in vain.

After a breakthrough seemed to be looming in the debate of a unified personal status law for non-Muslims in Egypt, things went back to square one when the Egyptian Catholic Church announced June 14 that it needed to study these proposals further despite its approval thereof in April.

The current Personal Status Law in Egypt drew criticism from many Christians as it fails to manage marriage, divorce and inheritance affairs, among other issues. This prompted former Orthodox Pope Shenouda III to suggest in 2008 a unified personal status law for all Christians.

However, Christians have since 2008 failed to agree on a unified personal status law, and the current debate in church circles revolves around insanity, impotence and infectious diseases, for instance, that would allow divorce.

Christians can only get a divorce now in case of adultery or religious conversion.

Magdy Malak Maximos, a Christian member of parliament, told Al-Monitor that the agreement between the three Egyptian churches — Orthodox, Catholic and Evangelical — and the subdoctrines of each church are the reason behind the delay of the law. According to him, the majority of Egyptian parliamentarians agreed that the unified personal status law for non-Muslims is entirely an issue of the Egyptian churches, since marriage is one of the sacraments of the church.

Karim Abu Zaid, a lawyer specialized in personal status issues, told Al-Monitor that it is not possible to enact a law for each doctrine or denomination as the Egyptian Constitution states that Egypt respects heavenly canons but it does not recognize sectarian differences in the interpretation of them. “And this is why there aren't laws for Sunni, Sufi, Wahhabi and Shiite Muslims, and there will be no separate laws for Orthodox, Catholic and evangelical Christians. According to the constitution they are all Christians and must have equal rights and duties," he added.

The third article of the constitution states that the canon principles of Egyptian Christians and Jews are the main source of legislation for their personal status laws, religious affairs and the selection of their spiritual leaders. Special rights for each denomination or doctrine aren't specified.

Meanwhile, Marwa Mansour, spokeswoman for the Beyout Misr Forum, a nongovernmental organization concerned with family affairs, and parliament member Mohamed Fouad called June 15 and June 13, respectively, on the parliament to disclose the reasons delaying the discussion of a personal status law for Muslims.

A parliamentary source told Al-Monitor on condition of anonymity that there are controversial articles disrupting the discussion of the law, and pointed out that many articles are still under debate. Some parliamentarians, the source noted, say that there are proposals contrary to Islamic law.

The Muslim debate revolves around proposals related to customary marriage, a type of marriage where the contract is not registered with the state and no witnesses are required. Proposals by the National Council for Women (NCW) in this regard give a five-year deadline for married couples to register their marriage. Otherwise, the couple would face sanctions that are yet to be specified. However, Al-Azhar proposals consider customary marriage as adultery punishable by law in accordance with the Egyptian Penal Code.

Polygamy is another issue under debate. According to Al-Azhar, conditions should be set for polygamy so that a married man is only allowed to take another wife when there are compelling reasons, such as infertility, and the husband can provide equally for his wives, and has the consent of the first wife. However, the NCW proposals do not allow men to marry another woman unless an official document is submitted to the judiciary showing that the first wife approves of her husband’s marriage.

A Salafist Nour Party parliamentarian told Al-Monitor on condition of anonymity that the proposals related to polygamy go against Sharia, which allows men to marry four times without the need for their first wife’s consent.

He pointed out that some people say that the Prophet Muhammad did not allow Ali Ibn Abi Talib to take another wife in addition to his daughter Fatima al-Zahra; they use this example as proof that conditions may be imposed on a second marriage or on polygamy in general. However, he said, “This example is an exception because Ibn Abi Talib wanted to marry the daughter of a man who was strongly opposed to Muslims, and this is why the prophet objected at the time.”

He added, “Marriage in Islam is subject to one condition only, namely declaration. If a marriage is declared, then it is halal even if it is customary; it should not be considered adultery in this case. [An undeclared customary marriage] should only be deemed as a form of violation punishable by a fine.”

Parliamentarian Amna Nasir told Al-Monitor that she supports the enactment of certain conditions for polygamy, and noted that the sunna includes the words, actions and decisions of the prophet, who forbade Ibn Abi Talib to take another wife in addition to his daughter Fatima. She said that even such a rare exception confirms that the setting of conditions and controls does not go against Islamic law.

Nasir, who is also a professor of faith and philosophy at Al-Azhar University, noted that she supports Al-Azhar's proposal regarding customary marriage because the negative effects resulting thereof are the same as the effects of adultery on genealogy. In this case, customary marriage can be deemed as adultery and should be faced with the same sanctions to protect society.

Abla al-Hawari, member of parliament and NCW vice president, said that polygamy is one of the Sharia tenets, and the state should not impose any conditions that are not found in the Quran or sunna. Conditions, she added, should only be imposed on a case-by-case basis. “Why would the state prevent a man from taking another wife without valid reasons so long as his wife does not mind him taking another wife?” she asked.

She noted that the dispute over customary marriage is a civilian dispute related to documentation. It is necessary to find mechanisms that would encourage documentation and punish nondocumented marriages. She said that deeming customary marriage as adultery gives the debate a religious character that causes many men and women embarrassment in society.