The Trump administration is tightening the screws on Iran, but Saudi Arabia, Iran's archnemesis, may not be of help drumming up support for the US policy given the state of its current relations in the Arab world. 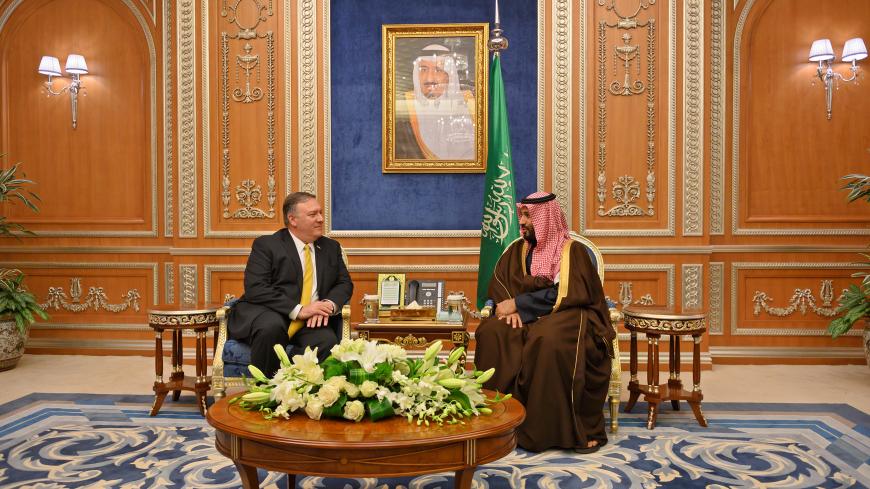 As the United States ups the pressure on Iran, the Donald Trump administration is relying on Tehran's archenemy and longtime US ally Saudi Arabia to shore up regional support for its policies. Yet, strains in Riyadh's relations in the Arab world could complicate matters.

Saudi Arabia’s relations with its Arab neighbors are more troubled than usual, largely due to the impetuousness of Crown Prince Mohammed bin Salman. While ties to a few neighbors are close, relations with many others are tense behind the scenes, with significant implications for the Trump administration's policy in the region.

The kingdom’s closest allies are Bahrain and the United Arab Emirates, its partners in the blockade of Qatar. Saudi Arabia has long regarded Bahrain as a de facto protectorate. The Saudis reinforced their dominance over their small island neighbor in 2011 when it deployment troops across the King Fahd Causeway to repress protests by the Shiite majority. The troops are still there. The UAE and the kingdom pursue many identical policies but often with different strategies, most notably in regard to the war in Yemen.

Qatari-Saudi relations have been strained for decades, in part due to different interpretations of Wahhabi Islam and in part because of Doha’s determination to have its own policies independent from Riyadh. The relationship is worse than ever today, with no reconciliation in sight. As a consequence, the Gulf Cooperation Council is moribund.

Oman did not join the Saudi crown prince’s war in Yemen or the blockade of Qatar. Sultan Qaboos has been quietly contemptuous of Saudi policies in the region, especially Riyadh's hard-line against Iran, as Muscat prefers to pursue closer ties with Tehran. Kuwait is officially close to its longtime ally, but is quietly nervous about Prince Mohammed’s hard-line approach to Iran and his soft-line on Jerusalem. Kuwait seeks traditional cooperation among its neighbors rather than conflict.

Yemen, the poor boy of the Arabian Peninsula, is the greatest casualty of the crown prince’s reckless policies. The massive humanitarian catastrophe resulting from the Saudi war in Yemen ensures that a generation of Yemenis will hate their wealthy neighbors. Meanwhile, the Saudis are spending a fortune and the Iranians a pittance backing their respective clients. Riyadh is under the threat of missile strikes, but Tehran is not.

Jordan, the other monarchy in the Mashriq, is dependent on Gulf aid for its health but privately is anxious about the Saudi prince. Persistent rumors continue to swirl about Saudi meddling in Jordan’s internal politics. The head of Jordanian intelligence was cashiered at the start of May amid accusations of plots against King Abdullah II, and in December 2017 the king removed two of his brothers from military posts amid rumors that they were too close to the Saudis.

At the core of Hashemite-Saudi tensions stands the future of Jerusalem. Abdullah strongly opposes Trump’s moves to cement Israeli control of the city and suspects that Prince Mohammad is in cahoots with Trump adviser Jared Kushner on the still secret “deal of the century.” The Jordanians fear that the deal entails offering the Saudis Jordan’s role as protector of the Muslim holy sites in Jerusalem in exchange for Riyadh supporting the plan.

Unlike the UAE, Saudi Arabia has not been involved in Arab efforts to rehabilitate Syrian President Bashar al-Assad. Riyadh has instead remained strongly critical of him. It has also been critical of Lebanon’s embrace of Iran and Hezbollah. Prince Mohammed famously abducted Lebanese Prime Minister Saad Hariri in late 2017.

The one significant and positive departure in Saudi foreign policy during the King Salman era has been in regard to Iraq. After the Iraqi invasion of Kuwait in 1990, the Saudis held Iraq at arms length for 25 years, even after the fall of Saddam Hussein. Salman, however, has sought to reach out to Iraqis of many stripes, especially Shiites, and encourage trade and investment. He has promised to build the world’s largest football stadium in Baghdad. The Saudi initiative is intended in part to offer an alternative to Iranian influence in Iraq.

Egyptian President Abdel Fattah al-Sisi is a close ally of the Saudis because they helped put him in power and pay billions to keep him there. The Saudis recently endorsed Cairo’s support of Libyan strongman Khalifa Hifter and his attempt to take Tripoli, and they approve of Sisi’s lobbying in Washington to declare the Muslim Brotherhood a terrorist organization.

Among the Egyptian people, however, Saudi Arabia is intensely unpopular, in particular because of its takeover of two islands in the Straits of Tiran that Egypt had occupied for decades. Many believe that the islands were the Saudis' reward for backing Sisi.

Riyadh is deeply concerned about the recent popular movements in Sudan and Algeria and their overthrow of Presidents Omar al-Bashir and Abdelaziz Bouteflika, respectively. The events in Khartoum and Algiers have revived the Saudi royals' deep fears stemming from the Arab Spring. Saudi Arabia, together with the UAE, has already pledged $3 billion in support, to keep the military in power. Riyadh has less leverage in Algeria.

Last December, Morocco's King Mohammed VI pointedly decided not to receive the Saudi crown prince on Mohammed's way home from the G20 in Argentina because of the premeditated murder of journalist Jamal Khashoggi. It represented an unprecedented slap in the face by the Moroccans. Meanwhile, King Salman has not taken his customary vacation in Morocco for two years.

The Saudis have always been eager to proclaim their standing as the leader of the Arab and Muslim worlds, but that is less true today than in decades. The Saudis' relationship with Turkey remains jeopardized by the Khashoggi affair, and the war in Yemen is damaging to ties with Pakistan. Without explanation, the crown prince abruptly cancelled visits to Indonesia and Malaysia this winter, roiling those relationships.

The Saudis' rocky relations around the Arab world have significant implications for several Trump administration policies. Most immediately, it means that Riyadh is unable to rally support against Iran. The Saudis are enthusiastic about the growing confrontation between Washington and Tehran, but that sentiment is not shared broadly across the region. In particular, it could scupper Saudi ties with Iraq and Pakistan. Both dislike Sunni pressure being brought to bear on Shiites.

Kushner has always sought a Saudi bye to help sell his long-awaited peace plan to the Arab world. It is not at all clear that the crown prince can even sell it to his father or the royal family. He risks a serious rebuke that could be his undoing. The Saudis may simply decide to adopt a low profile and let the deal collapse, but it cannot be ruled out that Salman will be inclined to lead the charge on Jerusalem as he has in the past.

Lastly, the Saudis' cover story for Khashoggi’s murder was always threadbare, but it’s getting even more ridiculous. The alleged mastermind of the killing, Gen. Ahmed Assiri, is not in jail awaiting trial, but is living comfortably in his home in Riyadh, according to his family. The Trump administration has been exposed as backing the Saudi lies about a thorough and serious investigation into the murder of the Washington Post columnist. The Saudis are playing Trump for a fool.