King Salman will pay a price for standing by his son as 2018 has become the year it all went bad for the crown prince and Saudi Arabia. 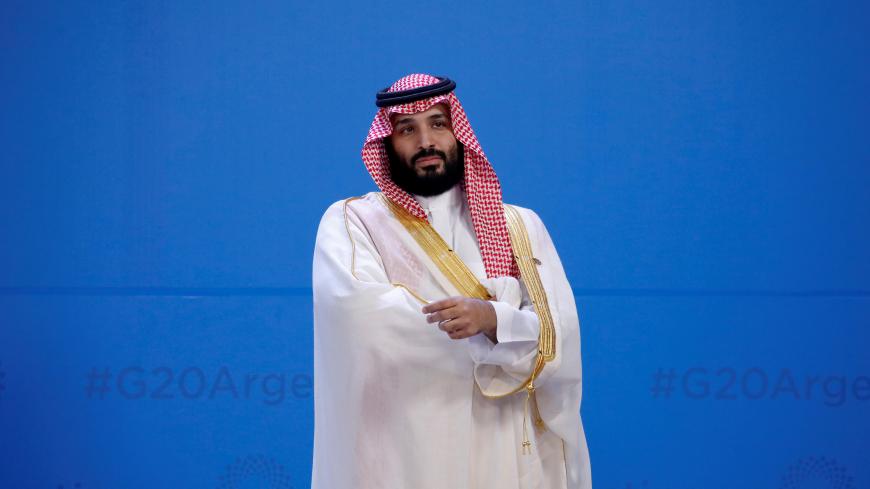 Saudi Arabian Crown Prince Mohammed bin Salman has had a tumultuous 2018. He has gone from being hailed a revolutionary who would bring a Saudi Arab Spring to being censured unanimously by the US Senate for the premeditated murder of Jamal Khashoggi. The 33-year-old crown prince is now increasingly regarded as a dangerous and reckless despot implicated in war crimes and mass starvation. The Congress and media are likely to be more hostile in 2019. It has been a stunning fall from grace.

The crown prince began the year with highly touted visits to the United Kingdom and the United States. Empowered by an expensive lobbying campaign and public relations machine, the visits attracted enormous attention. In England he was received by Queen Elizabeth II and the prime minister. The UK provides about one-third of the Royal Saudi Air Force’s inventory of aircraft and there was talk of a big new arms deal.

The tour of the United States was almost three weeks long in March and April. At the White House the president welcomed the prince with big photos of America’s latest arms deals and urged him to buy more American weapons. His trip took him to Cambridge, Wall Street, Seattle, Hollywood, Silicon Valley and Houston. Oprah Winfrey, Michael Bloomberg, Bill Clinton and a host of other celebrities had their picture taken with the prince. In Texas he met with the two Bush presidents. Extravagant deals were promised to invest in Saudi Vision 2030, the prince’s plan to reduce Saudi dependence on oil and reform the economy and society. Only a handful of critics urged caution in embracing the impulsive prince.

The crown prince’s appeal was in part his much-needed program of socio-economic change highlighted by giving women driver's licenses. But a big piece was the promise that he was going to be softer on Israel than the traditional Saudi posture. In particular the Saudi prince was said to favor Jared Kushner’s much-discussed "deal of the century" to resolve the Israeli-Palestinian conflict. The evidence for this was always slim.

In any case, King Salman bin Abdul-Aziz Al Saud quickly made clear that he was not on board for any alterations of the Saudi positions regarding Palestinian rights, the two-state solution and especially the status of East Jerusalem. In virtually every public appearance in 2018, the king has been clear that the Saudi priority is Palestinian statehood with its capital in Jerusalem. The recent Saudi announcement of a consortium of Red Sea states to promote security in the vital shipping lanes notably did not include Israel. The covert contacts between Israel and Saudi Arabia have, not surprisingly, cooled since Khashoggi’s assassination, according to the media.

Yemen got little attention during the crown prince’s parade from coast to coast, but behind the scenes opposition to the Saudi coalition’s war was building in the Senate. Led by Sen. Chris Murphy, D-Conn., the opposition sought an end to America’s support for the Saudi war effort. The United Nations says 16 million Yemenis are now at risk of malnutrition. It is the worst humanitarian catastrophe in the world. It’s also Mohammed's signature policy initiative.

If the war is not headed for a comprehensive cease-fire by early January, the Hill is likely to take further action to sanction the crown prince and end American involvement in his war. The president will try to defend his favorite Saudi, but Trump's own mounting legal difficulties will make him a weak defender.

The crown prince’s reputation is toxic. There is no simple way to restore it. More likely is further malfeasance as he gropes with his troubles. Canada, another victim of his temper tantrums in 2018, is considering canceling a $15 billion weapons sale to the Saudi Arabian National Guard. If Ottawa does so, it will be the largest arms deal ever canceled with the kingdom.

The resolutions on the Hill and the debate in Ottawa are primarily about symbols. But the symbolism is powerful. The crown prince’s survival is solely in the hands of his father. The king has dismissed two crown princes in his four-year reign but seems determined to stand by his son. So the kingdom may be burdened with a pariah for years to come. This will be the year it all went bad for the crown prince and the kingdom.

The consequences will be long-standing. The American security blanket has been the kingdom’s crucial alliance for 75 years. It has saved it from Nasserism, the Soviets, Saddam Hussein and the mullahs. The Saudis need Washington much more than Washington needs Saudi Arabia and its oil.

The funeral of former President George H.W. Bush offered another poignant symbol. The ranking Arab leader in attendance was King Abdullah II of Jordan. His father, King Hussein, was vilified by the Saudis in 1990 and 1991 for his stance on Iraq’s invasion of Kuwait. But it was Abdullah at 41’s funeral, not the crown prince.