US officials have called for confidence-building measures leading up to peace talks for Yemen, but the Saudis don't seem to be listening. 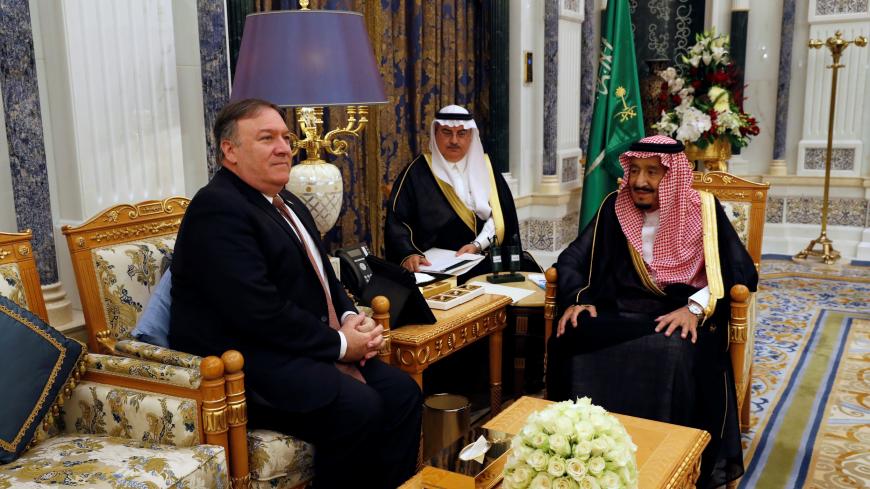 Saudi Arabia has responded to the Trump administration’s call for the end of hostilities in Yemen by ratcheting up the war. The war between the Saudi-led coalition backing President Abed Rabbo Mansour Hadi and the Iranian-supported Zaydi Shiite Houthis is a catastrophe for Yemen, the region and the United States, but Riyadh’s leaders do not want to be losers.

Last week Secretary of State Mike Pompeo called for the Houthis to stop firing ballistic missiles at Saudi Arabia and for the United Arab Emirates and the Saudi coalition to halt air attacks on populated Yemen territory in an effort to lead to UN-hosted negotiations. Secretary of Defense James Mattis said it is time to end the war. Talks about a political solution are supposed to begin in a month.

The administration has promised its support for the UN negotiations with much more coordination and emphasis than ever before. The premeditated murder of Jamal Khashoggi by the Saudis has put the administration under unprecedented pressure to rein in Crown Prince Mohammed bin Salman’s reckless and dangerous behavior. The war in Yemen is the crown prince’s signature policy initiative. Congress is ready to take action to curtail America’s involvement in the war after the midterms. A Democratic majority in the House would likely hold hearings on alleged Saudi war crimes and the murder of Khashoggi. The crown prince’s tarnished reputation will be in the docket.

But the Saudis have escalated their airstrikes on Sanaa and Hodeidah instead. The capital and the main port have been heavily pounded by the Saudi coalition since Pompeo and Mattis spoke. For their part, the Iranians have hailed the Houthis' resistance and trumpeted their enhanced ballistic missiles. As Al-Monitor reported, the Iranians are portraying the new Trump administration line on Yemen as a victory for the rebels.

Much diminished in stature abroad by the Khashoggi murder, Prince Mohammed is reluctant to appear to back down in Yemen. His 3½ years of war have cost the kingdom a fortune. The humanitarian crisis in Yemen is a public relations disaster for the House of Saud, and a boon for Iran. Rather than appearing to be the enlightened leader of the Islamic world, the war in Yemen portrays Saudi Arabia and its allies as complicit in mass starvation and malnutrition in the poorest country in the Arab world.

In Yemen, the Saudi-supported Hadi government is weak. Hadi has serious health problems and has spent considerable time in the United States for treatment. He has little support in Aden despite being a southerner. The Houthis are portraying themselves as nationalist patriots fighting the country’s traditional enemy: Their brutal politics are eclipsed by the Saudi crimes. The Yemeni people are left to live in a hell.

The war was supposed to be a quick and decisive battle that would give Prince Mohammed the status of a military hero and cement his claim to be the defender of the kingdom against Iran. He had no military training or experience, no strategy and alienated key potential allies such as Pakistan and Oman. The crown prince is well aware that he has not accomplished any of his objectives and will be exposed as inept.

The royal family is already divided over the war. King Salman bin Abdul-Aziz Al Saud’s full brother, Prince Ahmed, publicly blamed the war on the king and crown prince during a visit to London, saying the war was not the fault of the royal family in general. Prince Ahmed returned to Saudi Arabia in the last week amid speculation that he has widespread support for his critique. The crown prince is well aware that he is the potential fall guy if his war is perceived to be a failure.

The crown prince is counting on the Trump administration to stick with him given the blank check it has provided for Saudi Arabia in the last two years. The Khashoggi affair will fade away, and the president will never take serious action regarding the war. So far he has been right.

Last week the administration was clear and direct that the war must be brought to an end. By controlling the logistics and spare parts necessary for the Royal Saudi Air Force to conduct operations Washington has tremendous influence on the Saudi military. The Saudis cannot get spare parts for F-15s in Moscow or Beijing. The administration has the leverage to save millions of Yemenis. It is time to use it.