The four-page report based its conclusion, in part, off of "the Crown Prince's support for using violent measures to silence dissidents abroad." 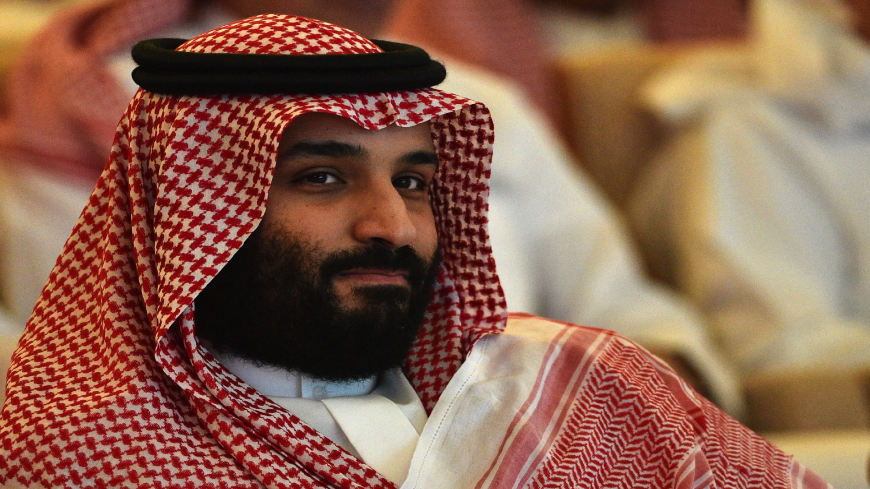 Saudi Crown Prince Mohammed bin Salman attends the Future Investment Initiative (FII) conference in the Saudi capital, Riyadh, on Oct. 23, 2018. Saudi Arabia is hosting the key investment summit overshadowed by the killing of critic Jamal Khashoggi that has prompted a wave of policymakers and corporate giants to withdraw. - AYEZ NURELDINE/AFP via Getty Images

"We assess that Saudi Arabia's Crown Prince Mohammed bin Salman approved an operation in Istanbul, Turkey, to capture or kill Saudi journalist Jamal Khashoggi," the Office of the Director of National Intelligence (ODNI) said in its declassified summary of the intelligence community’s findings.

Khashoggi, a resident of Virginia who wrote for The Washington Post, was murdered in October 2018 after being lured to the Saudi consulate in Istanbul to pick up documentation needed to marry his Turkish fiancee. Once inside, Turkish officials say a 15-member Saudi hit squad killed the 59-year-old journalist and dismembered him using a bone saw. His remains were never recovered.

According to the four-page report released on Friday, investigators based their assessment on Prince Mohammed’s decision-making control in Saudi Arabia, the direct involvement of his associates in the operation, as well as his "support for using violent measures to silence dissidents abroad, including Khashoggi." The ODNI added it is “highly unlikely” that the operation would have been conducted without the authorization of Prince Mohammed, widely known as MBS.

The highly anticipated report, while certain to complicate Washington’s relations with the kingdom, was not accompanied by direct sanctions on MBS, as activists had hoped. Instead, Secretary of State Antony Blinken announced on Friday travel restrictions on 76 Saudi individuals under the "Khashoggi Ban," a new visa policy aimed at punishing those who target journalists and activists. The Treasury Department, meanwhile, unveiled sanctions on a former senior aide to the crown prince, Ahmed al-Asiri, as well as the Saudi Royal Guard’s rapid intervention force.

The report's release comes after a yearslong effort in Congress to make the intelligence community's findings public. Former President Donald Trump, who once boasted to journalist Bob Woodward that he successfully shielded MBS from Congressional scrutiny, refused to release the declassified ODNI report, despite a provision in the 2019 defense bill requiring him to do so. 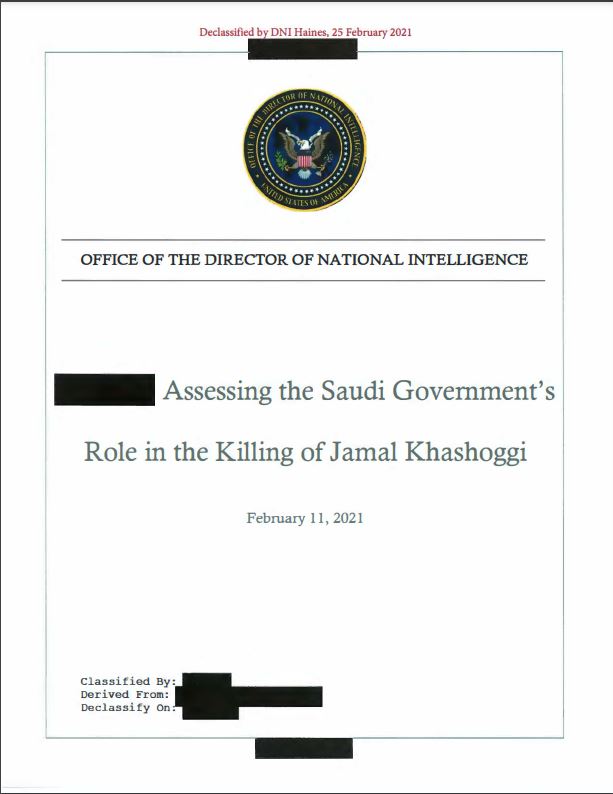 The Congressionally-mandated report is only a summary of intelligence agencies’ findings, meaning, additional evidence tying the crown prince to Khashoggi’s murder is still classified.

“There is no question in my mind that there is considerably more to declassify here,” Sen. Ron Wyden, a senior member of the Senate Intelligence Committee, said on a call with reporters Friday.

The Open Society Justice Initiative, a New York-based advocacy group, sued the US government under the Freedom of Information Act in 2019, seeking the disclosure of the now-released report, as well as a tape recording of the murder and the CIA’s full 2018 assessment. Amrit Singh, an Open Society lawyer, called the release on Friday "an important step forward, but it is not enough."

The Saudi government maintains that Khashoggi was killed in a “rogue” operation without the royal's direct knowledge. In a September 2019 interview with PBS’ Frontline, the crown prince said, “I get all the responsibility because it happened under my watch.”

Saudi Arabia pledged a thorough investigation in response to the international outcry over Khashoggi’s death. Last year, a court in Riyadh jailed eight unnamed defendants for their alleged role in the murder, in a trial described by Khashoggi’s fiancee, Hatice Cengiz, as “a complete mockery of justice.”

The release of the declassified report comes amid the White House's pledge to “relicabrate” relations with one of America’s most important allies in the Middle East after four years of what critics described as Trump’s relatively uncritical embrace of the Saudi government. As part of the course correction, President Joe Biden has ended US support for the Saudi-led war in Yemen and temporarily froze major arms sales to the kingdom.

As part of the administration's efforts to end the war in Yemen, US Special Envoy to Yemen Timothy Lenderking visited the kingdom this week. During his phone call on Thursday with King Salman bin Abdelaziz Al-Saud — Biden's first to the Saudi ruler since taking office — the two leaders discussed “renewed diplomatic efforts” to end the conflict, according to a White House readout of the call.