The New York Times reports that four members of the Saudi team that killed journalist Jamal Khashoggi received training under a contract approved by the State Department. 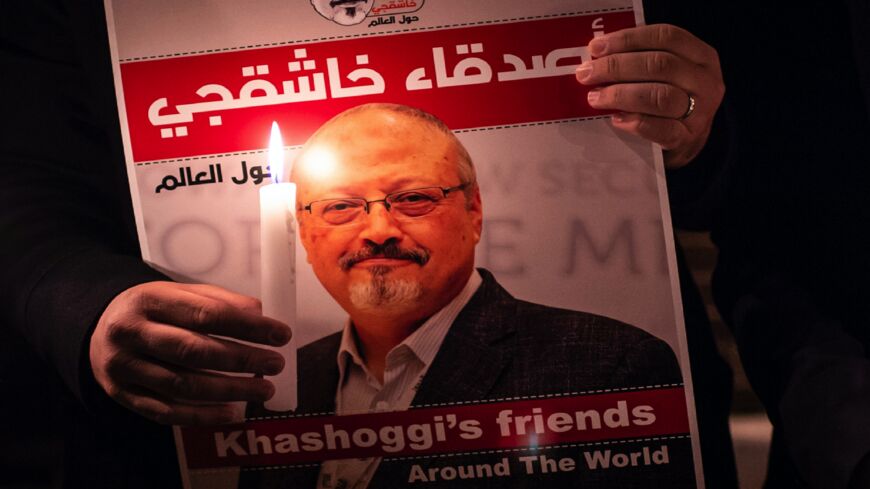 A demonstrator holds a poster picturing Saudi journalist Jamal Khashoggi and a lit candle during a gathering outside the Saudi Arabia consulate in Istanbul, on Oct. 25, 2018. Khashoggi, a Washington Post contributor, was murdered on October 2, 2018, after a visit to the consulate to obtain paperwork before marrying his Turkish fiancee. - YASIN AKGUL/AFP via Getty Images

The Times reports that Arkansas-based Tier 1 Group provided the training in 2017 under a contract approved by the US State Department. The special operations security company, which is owned by private equity firm Cerberus Capital Management, described the training as “defensive in nature and devised to better protect Saudi leaders.” One source told the Times that part of the training involved surveillance techniques and close-quarters combat.

The newspaper says there is no evidence the US officials who signed off on the contract or executives at Tier 1 Group were aware the four Saudi operatives who participated in the training were connected to the crackdown on dissent launched by the kingdom’s de facto ruler, Crown Prince Mohammed bin Salman.

The Times reports Cerberus executive Louis Bremer confirmed the training last year in written answers to Congress as part of his nomination for a Pentagon job in the Donald Trump administration. Bremer’s nomination was ultimately withdrawn, and the lawmakers never received his response.

Asked about the Times report, State Department spokesperson Ned Price told Reuters the department under US law is barred from commenting "on any of the licensed defense export licensing activity alleged in media reporting."

Price said Washington’s relationship with Riyadh "will prioritize the rule of law and respect for human rights."

Khashoggi, a US resident and columnist for The Washington Post, was an outspoken critic of the Saudi royal family. On October 2, 2018, he walked into the Saudi Consulate in Istanbul to pick up paperwork needed to marry his Turkish fiancee. Once inside, Turkish officials say a 15-man Saudi hit squad killed and dismembered the journalist whose remains were never recovered.

A long-awaited US intelligence report released by the Biden administration in February concluded that the crown prince had “approved" the operation. Given his control over decision-making in the kingdom, the declassified intelligence summary said it was “highly unlikely” Saudi officials would have acted without his authorization.

The Saudi government insists Khashoggi was killed in a “rogue” operation without Prince Mohammed's direct knowledge.