A court in Riyadh Monday jailed eight people over the 2018 murder at the Saudi consulate in Istanbul. 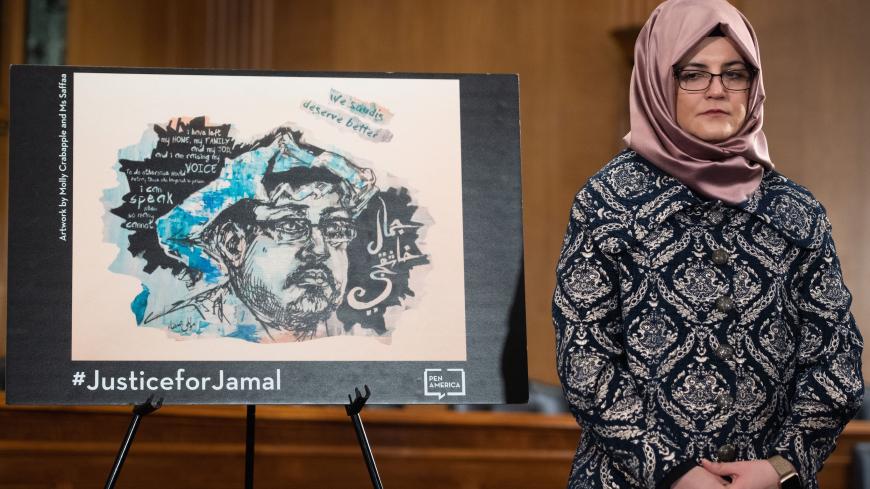 A court in Riyadh on Monday issued its final verdicts, jailing eight people for involvement in Khashoggi's murder at the Saudi consulate in Istanbul nearly two years ago. Five were handed 20-year-sentences and three others given jail terms of seven to 10 years. The names of the defendants were not made public.

The trial has been widely panned by human rights experts for failing to hold accountable the government officials who allegedly orchestrated Khashoggi's murder.

“This is a case where there has not been proper transparency in the justice process, those responsible should be prosecuted and given sentences commensurate with the crime,” UN High Commissioner for Human Rights spokesperson Rupert Colville said in Geneva Tuesday, according to Reuters. “There is a whole issue of transparency and accountability in the case.”

On Oct. 2, 2018, Khashoggi walked into the Saudi consulate in Istanbul to pick up paperwork needed to marry his Turkish fiancee. Turkish officials say a 15-man team of Saudi operatives inside the consulate then killed and dismembered Khashoggi, whose body was never recovered.

Khashoggi's fiancee, Hatice Cengiz, called the Saudi court’s ruling on Monday “a complete mockery of justice” that didn’t answer the most basic questions about who planned and ordered his murder.

Before his death, the 59-year-old columnist was a vocal critic of the Saudi government, in particular Saudi Arabia’s de facto leader, Crown Prince Mohammed bin Salman. The CIA later concluded that he had likely ordered the assassination.

The Saudi government insists Khashoggi was killed in a “rogue” operation without the royal's direct knowledge. In a September 2019 interview with CBS, the crown prince denied giving the order, but said he took “full responsibility.”

Last year, a United Nations investigation found that Saudi Arabia was responsible for the “deliberate, premeditated execution” of Khashoggi and that there was “credible evidence” to investigate the kingdom’s crown prince and other top officials.

“The high-level officials who organized and embraced the execution of Jamal Khashoggi have walked free from the start," Callamard wrote on Twitter.  “These verdicts cannot be allowed to whitewash what happened.”