Turkey will hold a trial in absentia for the 20 suspects it says participated in the murder of journalist Jamal Khashoggi. 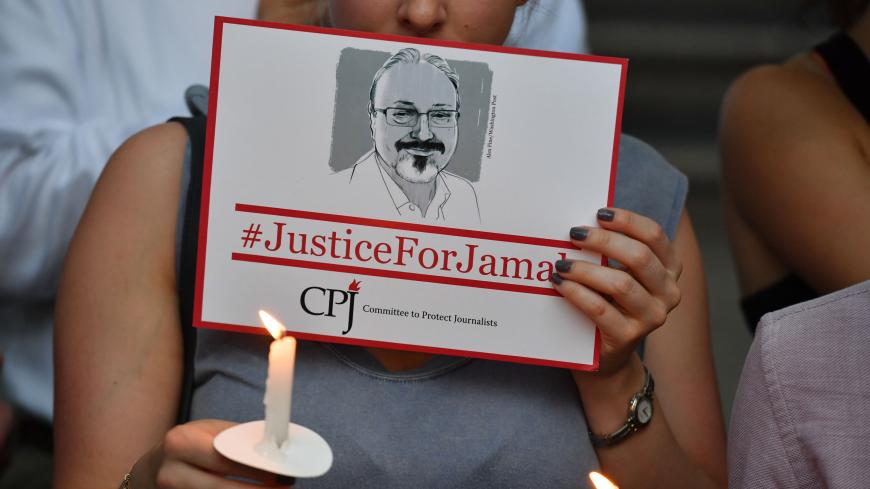 The Committee to Protect Journalists, along with other press freedom and human rights groups, hold a candlelight vigil in front of the Embassy of the Kingdom of Saudi Arabia to marking the one-year anniversary of journalist Jamal Khashoggi's murder, Washington, DC, Oct. 2, 2019. - Marvin Joseph/The Washington Post via Getty Images

An indictment prepared by the office of the Istanbul chief prosecutor Irfan Fidan accuses 20 Saudi nationals, including former Saudi Deputy Intelligence Chief Ahmad Asiri and former royal aide Saud al-Qahtani. The two men were charged with “instigating a premeditated murder,” according to a statement from the prosecutor.

The remaining 18 were charged with "deliberately and monstrously killing” the journalist and face life in prison if convicted. Turkish prosecutors have issued international arrest warrants for the suspects, all of whom are believed to be in Saudi Arabia.

On Oct. 2, 2018, Khashoggi walked into the Saudi Consulate in Istanbul to pick up paperwork needed to marry his Turkish fiancee. Turkish officials say a 15-man team of Saudi operatives inside the consulate then killed and dismembered Khashoggi, whose body was never recovered.

Last year, a United Nations investigation found that Saudi Arabia was responsible for the “deliberate, premeditated execution” of Khashoggi and that there was “credible evidence” to investigate the kingdom’s crown prince and other top officials.

In December, a Saudi court sentenced five people to death and jailed three others over Khashoggi's killing in a closed-door trial, which the United Nations expert on extrajudicial killings called “the antithesis of justice.”

Turkey’s chief prosecutor in Istanbul said Wednesday a trial in absentia would be held for the 20 suspects. His office is also investigating individuals who helped destroy evidence from the crime scene.