The Washington Post columnist founded the Democracy for the Arab World Now, or DAWN, in the months before his 2018 murder. 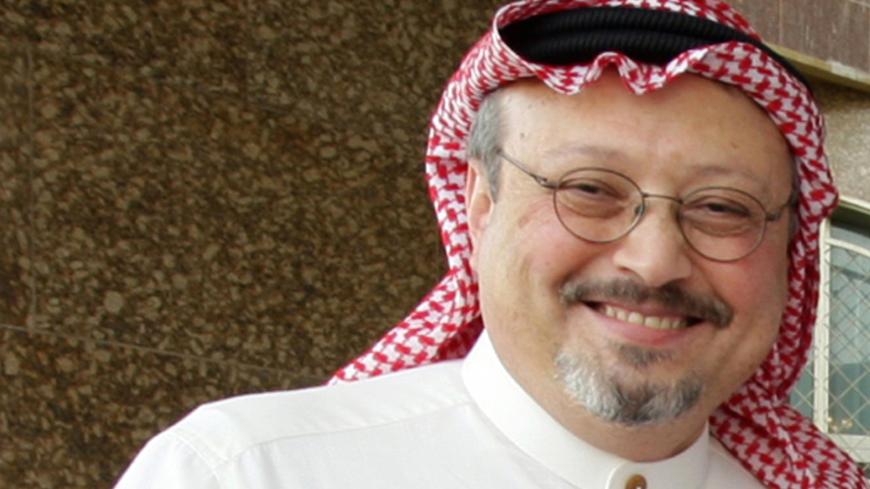 A pro-democracy group honoring the legacy and continuing the work of Saudi journalist Jamal Khashoggi launched on Tuesday, nearly two years after the Washington Post columnist was murdered at the Saudi Consulate in Istanbul, Turkey.

Democracy for the Arab World Now, or DAWN, is the human rights watchdog dreamed up by Khashoggi in the months before his death. At the virtual unveiling on Tuesday, organizers said the Washington-based nonprofit will continue his mission by spotlighting foreign governments that undermine human rights as well as those who assist and enable them.

“We are going to uphold Jamal’s legacy,” said Sarah Leah Whitson, DAWN's executive director. His original vision was “based on the fundamental premise that democracy and human rights are the only solution for the Middle East that will give it stability, security and dignity for its people,” she said.

According to Whitson, the 10-person organization's funding comes from foundations and private individuals, including friends of the slain journalist.

DAWN will initially focus its research on detentions and fair trial issues in the US-allied governments of Saudi Arabia, the United Arab Emirates and Egypt, and will also examine the ways in which the United States is “aiding and abetting” abusive and unelected governments that rely on American military assistance.

In pre-recorded remarks, Sen. Chris Coons of Delaware thanked the organization for helping hold the US government accountable, in particular the Trump administration, “for the ways in which it has put human rights on its back foot and put economic and military interests first.”

Before his death, 59-year-old Khashoggi had been living in self-imposed exile in the United States and contributing columns to The Washington Post that were critical of the kingdom's crackdown on dissent.

In addition to its advocacy and research, DAWN will provide a platform for Arab regional experts and political exiles like Khashoggi to publish their work.

“Jamal was perhaps the Arab world’s most famous political exile whom Saudi Arabia tried to silence. We will give a voice to thousands like him who struggled for change in their countries,” Whitson said.

Organizers say DAWN will also continue efforts to seek justice and accountability for Khashoggi’s murder. On Oct. 2, 2018, he walked into the Saudi Consulate in Istanbul to pick up paperwork needed to marry his Turkish fiancee. Once inside, Turkish officials say a 15-man Saudi hit squad killed and dismembered Khashoggi, whose remains were never recovered.

The Saudi government insists Khashoggi was killed in a “rogue” operation without the royal's direct knowledge. During a 2019 interview with “60 Minutes,” the crown prince denied ordering the assasination but took “full responsibility as a leader,” acknowledging it was committed by individuals working for his government.

There are scant opportunities for meaningful justice inside Saudi Arabia, activists say. In September, a Saudi court sentenced eight unnamed defendants to prison in a closed-door trial that Khashoggi’s fiancee called “a complete mockery of justice.”