Hatice Cengiz called on the Canadian pop star to choose "justice and freedom over money." 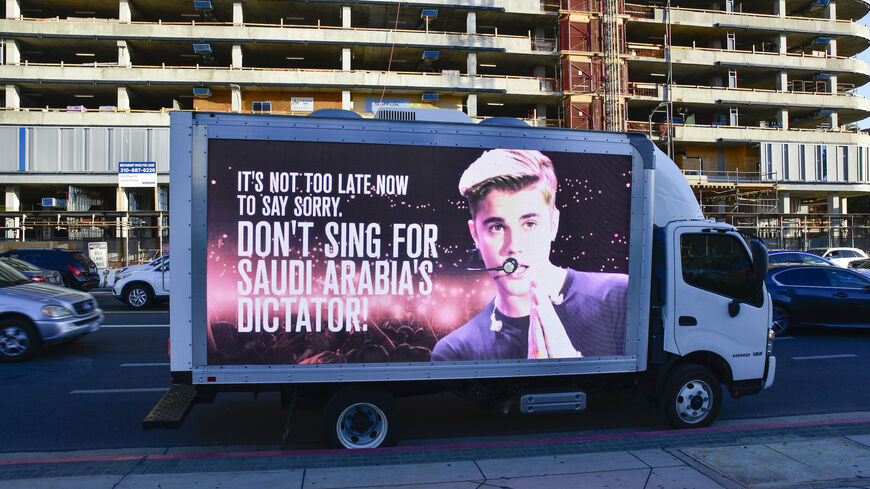 The fiancee of slain Washington Post columnist Jamal Khashoggi is urging Justin Bieber to speak out against Saudi Arabia’s dire human rights record and cancel his upcoming performance in the conservative Gulf country.

Bieber is scheduled to perform in the second-largest city of Jeddah on Dec. 5 as part of the kingdom’s hosting of its first Formula One race. Other artists including ASAP Rocky, David Guetta and Jason Derulo are also slated to perform in the Red Sea port city.

“Do not sing for the murderers of my beloved Jamal,” Hatice Cengiz wrote in an open letter to Beiber published Saturday in The Washington Post.

“This is a unique opportunity to send a powerful message to the world that your name and talent will not be used to restore the reputation of a regime that kills its critics,” she said.

On Oct. 2, 2018, Khashoggi walked into the Saudi Consulate in Istanbul to pick up paperwork needed to marry Cengiz, who was waiting for him outside. Turkish officials say a 15-man Saudi hit squad killed and dismembered the Virginia resident, whose remains were never located or returned.

In February, the Biden administration released a long-awaited intelligence report concluding that Crown Prince Mohammed bin Salman, commonly referred to by his initials MBS, had “approved” the operation that killed Khashoggi. Given his control over decision-making in the kingdom, the intelligence summary said it was “highly unlikely” that Saudi officials would have acted without his authorization.

The Saudi government maintains that Khashoggi was killed in a “rogue” operation without the crown prince’s direct knowledge.

In an interview with the CBS News program "60 Minutes' in September 2019, Prince Mohammed referred to the killing as a "heinous crime," adding, "I take full responsibility as a leader in Saudi Arabia, especially since it was committed by individuals working for the Saudi government." Asked if he directly ordered Khashoggi's murder, MBS replied: "Absolutely not."

Advocacy groups have accused the kingdom of “sportswashing” to distract from its human rights record and have urged musical artists to speak out publicly — and if possible, cancel their performances.

“A look beneath the hood makes clear the Saudi government’s intent is to use these celebrities to whitewash its abysmal human rights record,” Human Rights Watch said.

Nicki Minaj pulled out of the Jeddah World Fest concert in 2019 in what she said was a show of support for women, LGBTQ individuals and freedom of expression. Formula One driver Lewis Hamilton said his sport is “duty bound” to draw attention to rights issues in Saudi Arabia and Qatar, which hosted this past weekend’s Grand Prix. At Sunday’s race, the British Mercedes driver wore a rainbow-flagged helmet that read “Love is Love” to protest Qatar’s ban on homosexuality.

Other performers, including Mariah Carey and Enrique Iglesias, have gone ahead with concerts in the kingdom despite calls for boycott.