Once Turkey's biggest foreign buyers of real estate, Saudis are increasingly boycotting the country as the kingdom's chamber of commerce warns citizens away. 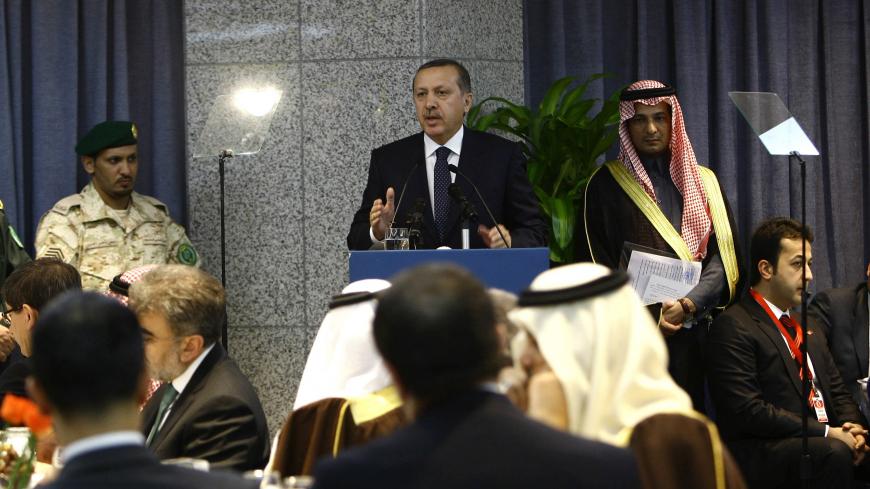 Tensions between Turkey and the Kingdom of Saudi Arabia are spilling over into the economic realm with the Riyadh Chamber of Commerce and Industry warning Saudis against investing in Turkey.

Chairman Ajlan Al-Ajlan took to Twitter to air warnings about the hazards of doing business in Turkey. He said his organization had received multiple complaints from Saudi investors who said their assets were under threat and that the Turkish authorities were not doing enough to protect them, the Saudi Gazette reported Sunday.

Al-Ajlan cited what he called the volatile security climate in Turkey and claimed Saudi businesspeople had been extorted by “influential entities there” and that Saudi tourists faced “increasing cases of harassment and fraud.”

Earlier this month the influential governor of Riyadh, Prince Faisal bin Bandar, was captured on video refusing a cup of coffee upon learning that it was a Turkish brew manufactured by Turkey’s oldest coffee maker, Kurukahveci Mehmet Efendi. The video was circulated by a fellow member of the royal family, Prince Abdullah bin Sultan al Saud, who revived calls for a boycott of Turkish goods.

Relations between Ankara and its former Ottoman dominion took a nosedive following the murder of Saudi journalist Jamal Khashoggi in the Saudi Consulate in Istanbul. Turkey’s President Recep Tayyip Erdogan led a loud campaign that forced the Saudis to retract initial denials that Khashoggi was killed inside the consulate and pin the blame on Saudi security officials who supposedly went rogue. But that did not stop Turkey from leaking a steady stream of evidence, including an alleged audio recording of Khashoggi’s slaughter, all of which appeared to incriminate Saudi Arabia’s powerful Crown Prince Mohammed bin Salman.

At first, the crown prince sought to defuse the crisis, calling Erdogan on the telephone and seeking a meeting with him. But Turkey pressed on with its efforts to discredit bin Salman, ostensibly in the hope that the United States would turn its back on him and that his father King Salman would sideline him. But none of it transpired and the crown prince has since been on the warpath with Ankara.

Bloomberg reported that when the boycott calls first erupted in November, Saudis topped the list of foreign nationals buying Turkish real estate. Within weeks they dropped to sixth place, with a 37% plunge in purchases. Construction-fueled growth was at the center of Erdogan’s economic strategy. Now it's in the doldrums.

Saudi tweep Naif Madkhali, who has over half a million followers on Twitter, was among a handful of pro-government users that led the charge against Turkey. This week he relayed offers to help Saudi tourists go to Muslim-majority destinations like Azerbaijan or Bosnia if they canceled their plans to go to Turkey.

“Guys, the topic is bigger than tourism and entertaining. A sense of national duty compels me to contribute to anything that would help me stand with my country. There are better choices [than Turkey]," he declared.

Turkey has been pressing for a UN-led inquiry of the Saudi dissident’s gruesome killing. Khashoggi’s remains — he was reportedly dismembered with a bone saw — have yet to be found. But Ankara’s clamors for justice have begun to fade as its economy continues its downward spiral amid a weakening lira and a skyrocketing energy bill exacerbated by US sanctions on Iran.

Gonul Tol, the director of the Turkey program at the Middle East Institute, believes that Turkey’s de-escalation of the Khashoggi affair may be linked to its increasingly shaky finances. Tol told Al-Monitor, “The crisis between Turkey and Saudi Arabia is extremely serious and Turkey is the more vulnerable of the two. Of the Gulf states, Saudi Arabia is one of the top investors in Turkey and Turkey is terrified of losing Saudi money, particularly at a time when it's suffering economically, and that’s why it's toned down its salvos over Khashoggi.”

Luckily, not all Saudis believe in punishing Turkey. Last month, Saudi Arabia-based SAK consultants announced plans to invest up to $100 million in Turkey’s agriculture, health and hotel sectors. The company’s chairman Solaiman El Kherejji said politics ought not interfere with business. Reuters reported that Turkish exports to Saudi Arabia for the three months ending in February 2019 rose by 16% compared with the same period last year.