Ankara's silence following the declassification of a US intelligence report implicating the Saudi crown prince in journalist Jamal Khashoggi's killing speaks to its own contradictions on the issue. 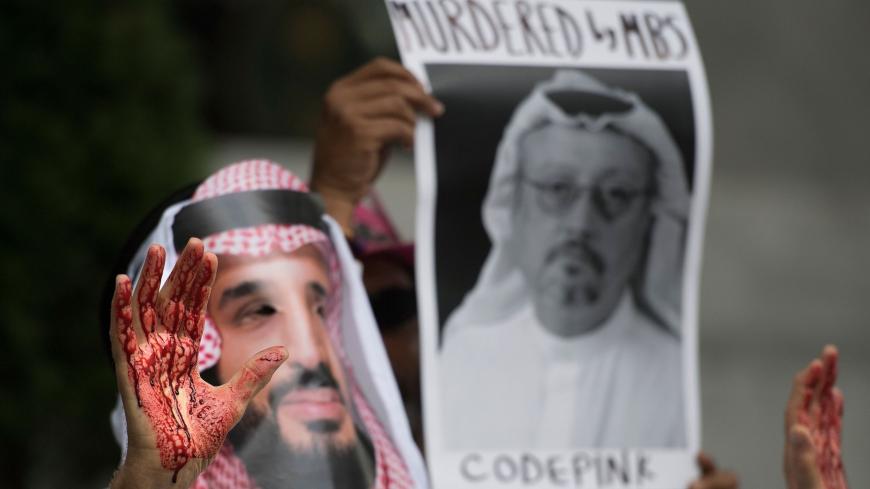 While the fiancée of slain Saudi journalist Jamal Khashoggi is demanding that the kingdom’s crown prince be punished after a US intelligence report unveiled on Feb. 27 found that Mohammed Bin Salman had approved the operation to murder him in 2018, Turkey — a strong critic of the royal — has remained silent.

In a statement posted on Twitter, Hatice Cengiz noted that it was “essential” that the crown prince and de facto ruler of Saudi Arabia be “punished without delay” for the murder and dismemberment of the Saudi dissident by the crown prince’s associates at the Saudi Consulate in Istanbul.

The Turkish government has yet to comment on the report's findings, which chime with many of Turkey’s allegations against the prince. Nor has it said anything about the administration’s visa ban and sanctions slapped on Saudi officials linked to Khashoggi’s killing.

Analysts say Turkey's silence speaks to its own contradictions. Ankara must be disappointed that Washington spared Mohammed Bin Salman — known widely by his initials MBS — by leaving him off the sanctions list. Yet, at the same time, President Recep Tayyip Erdogan must be relieved that a fellow autocrat eluded punishment from Washington.

“I do know that people in Ankara have been keeping a close eye on this because they want to get a sense of how Biden is going to deal with democracy and human rights violations,” said Selim Koru, an analyst at the Economic Policy Research Foundation of Turkey. “They are watching whether Biden is going to be tough on MBS. If he is, it signals a willingness to cut back on interests in favor of values.” The sanctions package and subsequent comments from US officials that no new measures targeting the crown prince are in store suggest that a middle ground has been found.

Biden rang Saudi King Salman bin Abdulaziz Al Saud, MBS's father, a day before the sanctions were announced. The new US president has yet to call Erdogan, a fellow NATO leader who is increasingly perceived by Western allies as a rogue actor over Turkey’s purchase of Russian-made S-400 missiles, sabre-rattling in the eastern Mediterranean and appalling human rights record, among other things.

Ankara’s state defense procurement agency has already been hit with sanctions under the Countering America’s Adversaries Act. Further punishment may be in the works when a case against Turkish state lender Halkbank over its key role helping Iran evade sanctions kicks off this month in a federal court in Manhattan.

Merve Tahiroglu, Turkey program coordinator at the Project on Middle East Democracy, a think tank in Washington, notes that the so-called “Khashoggi ban” is a “welcome effort to deter foreign officials from engaging in transactional repression” and Erdogan’s government “is among the top offenders in this realm.” However, exempting MBS — “the top culprit" — undercuts that message and exposes the limitations of Biden’s pro-human rights agenda. “At the end of the day Erdogan will see this as Biden’s readiness to let leaders like MBS get away with murder in order to preserve broader strategic interests,” Tahiroglu said.

MBS and Erdogan hate one another. The pair are vying for dominance over the Sunni Muslim world, with Erdogan and the Muslim Brotherhood-friendly emir of Qatar aligned against a bloc led by MBS, the United Arab Emirates and Egypt.

Turkey has led a noisy campaign to publicly shame the crown prince, whose associates lured Khashoggi to the consulate under false pretenses, then murdered and cut him into pieces with a bone saw. Even as Turkey maintained its distinction as the world’s leading jailer of journalists, the government leaked batch upon batch of incriminating evidence in the hope that King Salman would dump him as his successor. The Saudi government initially denied all the claims, but as Turkey continued to present embarrassing evidence, the Saudis then claimed that “rogue security officials” had carried out the killing.

“The Turkish government and Turkish intelligence played a vital role in establishing the facts of the murder, with audio and video recordings making it impossible for Saudi to keep up its absurd denials that Khashoggi had left the consulate of his own accord,” said Sarah Leah Whitson, executive director of Democracy for the Arab World Now, a Washington DC-based advocacy group founded by Khashoggi.

“It does raise questions, of course, about what and when Turkey knew about the arrival of a hit squad and whether it could have done something to prevent their movement to the consulate,” Whitson added. “There’s no doubt in anyone’s mind that the Turkish government's exposure of MBS’ crime in Istanbul had everything to do with scoring political points and little to do with real outrage at the murder of a critical journalist. Turkey’s own track record at persecuting critical journalists and politicians is a far more telling measure of its commitment to journalistic freedom.”