Senior Likud members are so afraid about their future Cabinet portfolios, they keep silent over the incitement campaign launched by associates of Prime Minister Benjamin Netanyahu against Gideon Saar. 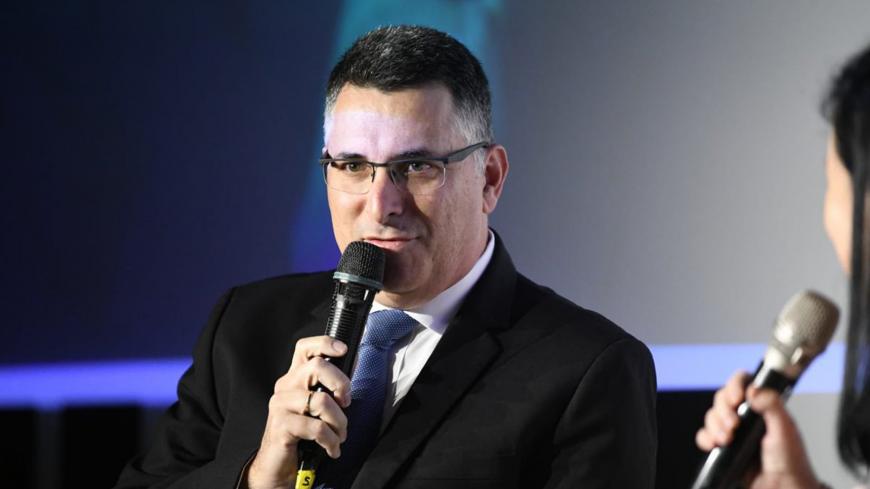 A serious crisis loomed over the inauguration of Benjamin Netanyahu’s first government back in June 1996. The newly appointed Foreign Minister David Levy gave Netanyahu a stern ultimatum and said that he would not be joining Netanyahu's government unless an appropriate position was found for Ariel Sharon. The two men, Levy and Sharon, had a political alliance at the time, so when Netanyahu, who felt threatened by Sharon, decided to keep him out of the government in an effort to eliminate him politically, Levy rose to his colleague’s defense. As a result, a new economic portfolio, the Ministry of National Infrastructures, was created especially for Sharon, and the Netanyahu government was sworn in on schedule.

Similarly, just two days earlier during that same time period, senior Likud Knesset member Benny Begin had threatened Netanyahu that he would also stay out of the government unless an appropriate post was found for Dan Meridor. Even though he was originally shunted aside as a dangerous political rival, Meridor was eventually appointed finance minister.

Now, exactly 23 years later, Prime Minister Benjamin Netanyahu is about to form his fifth government — but today, he is politically stronger than ever. This time, the role of the dangerous enemy from within has been taken by senior Likud member Gideon Saar, the person thought to have the best chance to take over from Netanyahu one day.

Saar is considered quite popular. He is also thought of giving voice to values within the Likud. In the last primary to choose the party’s Knesset list in February 2019, he was elected to the fourth-place slot. Over the last few days, however, he reached the inevitable conclusion that he would not be appointed to a senior position under Netanyahu, and that he may not even be made a minister at all. Under these circumstances, he had no qualms about going to the media and saying what many other senior members of the Likud thought to themselves but were afraid to say openly: The Immunity Law being pushed by Netanyahu is intended entirely for his own personal protection and would eventually cause serious damage to the party as a whole. In an interview with Channel 12 News, Saar explained that personal legislation would undermine public trust in the government and that someone gave the prime minister bad advice. Saar added that he “isn’t the only one who’s concerned” within Likud’s top ranks.

This was the signal to launch an intense vilification campaign against him on social networks and in Likud WhatsApp groups. Saar was accused of being a leftist and even of treason, yet not one of his colleagues in the Likud leadership called for an end to the incitement against him. In order to better understand the intensity of the change within the Likud in the Netanyahu era and his absolute control over the party’s senior members, it is important to consider the collegial relationships characteristic of the old Likud and the autonomy of the party’s individual members such as Benny Begin and David Levy. Both of them provided an example to Netanyahu on the limits of power.

The only person to speak out in the media in defense of Saar was new Knesset member Michal Shir, who used to work with Saar. She claimed that in a democratic party, people should be allowed to express their opinions, but her remarks only led to a barrage of attacks against her. Among other things, she was reminded that the only reason she was elected to the Knesset was because of the 35 seats that Netanyahu won for the party.

Obviously, there are political considerations and motives behind what Saar did. It is clear to everyone that he wants to replace Netanyahu at some point in the future. All of that is legitimate. It should be a feature of any democratic political movement. Netanyahu himself challenged other Likud prime ministers on more than one occasion. But this story is not limited to Netanyahu alone. It is also, if not mainly, the story of the most senior Likud officials and how they are incapable of saying anything against incitement and attacks against their own colleague in the party leadership. They can see and hear the attacks, but they are silent, knowing that anything they say in Saar’s support will impact the positions that they receive in the next government. They know they can easily find themselves in Saar’s place, so they keep their mouths shut.

While Netanyahu himself seems to be ignoring what is going on, his son Yair’s Twitter account offers a glimpse into the mood at the Netanyahu family home. In an interminable series of tweets, Netanyahu Jr. described Saar as having ties with what he considers to be radical leftists, including the staff of the State Attorney’s office and senior journalists, all of whom he deems adversaries of his father. His remarks are intended to burn into the consciousness of the Likud that Saar is a “fifth columnist.” It is the attitude of the commander in chief [Netanyahu], and it has already trickled down to the party’s activists. Furthermore, support for Saar’s remarks among the leaders of the opposition like Yair Lapid only intensified the attacks against him.

None of the senior members of the Likud called for people to hold their fire and stop their attacks against Saar. It didn’t matter that Saar had always been loyal to the Likud or even that he refused to quit the party during the 2005 disengagement from Gaza, even when offered a ministerial portfolio in the new government that was formed. The fact is that some of these Likud senior members joined the chorus against him. Minister of Culture Miri Regev is just one example. She said that Saar made a big mistake in the way he acted. The height of absurdity came when Regev admitted in a radio interview that even though she told the press after the Likud’s recent primary that she voted for Saar, the fact is that she didn’t really vote for Saar in the primary after all.

Knesset member Amir Ohana chastised Saar and Shir, saying, “The scope and intensity of the attacks on him [Netanyahu] from the most powerful forces in the State of Israel are unprecedented, and I expect us — at least those of us in the Knesset — to show solidarity and unity. We are team players. Happily, most of us act that way. Sadly, not all of us do.”

The few words tweeted by Knesset member David Amsalem can be seen to summarize the entire issue: “Gideon Saar, shame on you!” Amsalem is considered to be the political barometer of the Likud and someone with a deep understanding of the mood on the ground within the party. His choice of words was intentional. He was insinuating that what Saar did was so vile that he should be ashamed of it. That is no different from accusing Saar of treason.

Most senior members of the Likud were silent, even when Saar came under attack from the right for supporting assimilation after it was revealed that his 22-year-old daughter is dating an Israeli Arab.

And yet, in the face of all these attacks, Saar has shown tenacity. On May 19, he released an example of an incendiary tweet against him, showing him wearing a keffiyeh and claiming that he was planted in the Likud by the left and the New Israel Fund, “which is now Israel’s worst enemy, even worse than Iran” [said the accusing tweet]. Saar responded by writing, “Intimidation and threats won’t work on us.”

It is too early to determine whether his challenge to Netanyahu will position Saar as an alternative to the prime minister or whether it will cause him serious harm. Netanyahu has already succeeded in one thing. He has created a perfect symbiosis between him and the Likud, so that anyone who comes out against him is betraying the party. Attacks on Saar reflect the blind, unreserved support for Netanyahu within the Likud and the weakness of the party’s senior leaders.