As part of the Egyptian government development plan for Upper Egypt, a new free zone will be opened in Aswan to boost the economy, serve investors and create more jobs. 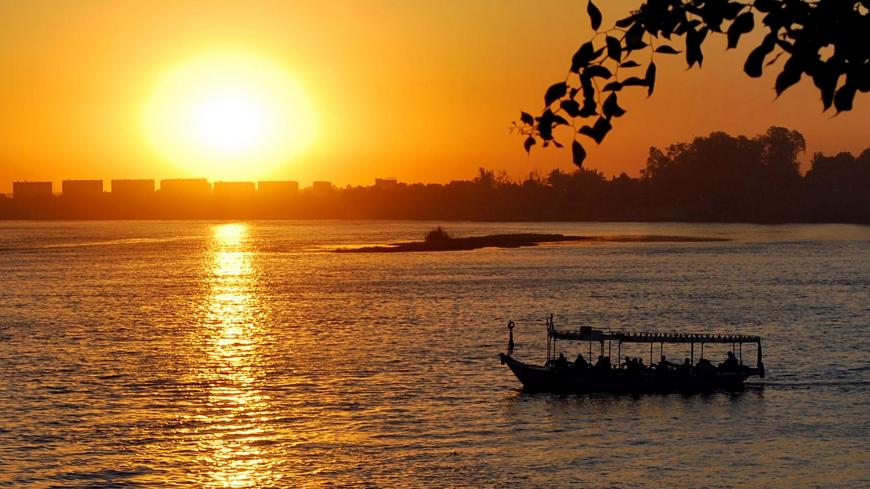 CAIRO — Egyptian Prime Minister Mustafa Madbouly approved May 13 a decision to set up a free zone in the southwest of the New Aswan city. This comes as part of the government's plan for the development of cities in Upper Egypt to serve investors and create more jobs.

Previously, the General Authority for Investment and Free Zones (GAFI)’s board of directors consented in February to set up this free zone. The conditions and regulations related to Investment Law No. 72 of 2017 clarifying the rights of the state and investor were drafted, all contracts were updated, and a branch of the Investors Services Center was established in May in the public free zone in the Nasr district of Cairo to make things easier for investors.

Article 3 of Chapter 1, Section 2 of the Investment Law No. 72 of 2017 sets forth investment guarantees in Egypt: “The State shall ensure to the foreign investor the same treatment given to the national investor. Under a decree issued by the Cabinet of Ministers, an exception can be made granting the foreign investors a preferential treatment in application of the principle of reciprocity. The invested funds shall not be governed by any arbitrary procedures or discriminatory decisions. The State shall grant the non-Egyptian investors residence in the Arab Republic of Egypt throughout the project’s terms without prejudice to the provisions of the relevant regulating laws and in the manner stipulated by the Executive Regulations of this Law.”

The Aswan free zone is part of the Ministry of Local Development’s plan to open seven new free zones in New Ismailia, el-Herafien in Giza governorate, Gamasa in Dakahlia governorate, Mutubas in Kafr El Sheikh governorate, Aswan, as well as in the Minya and South Sinai governorates by 2022, with a capital of around $12.1 billion. The plan is designed to meet the ministry’s goal of equal distribution of free zones in all Egyptian governorates in a way to create job opportunities for their inhabitants and bring about development.

The free zone in Aswan aims to boost investments — specifically in those countries bordering the free zone, which are most notably Sudan and the Nile Basin countries — and seeks to further investments and exports to African countries, particularly since Egypt is assuming the African Union presidency.

The Egyptian Minister of Investment and International Cooperation, Sahar Nasr, on May 9 revealed details relating to the public free zone in the southwest of New Aswan city. She indicated it will involve "160 projects with up to $2.3 billion in investment and will create nearly 15,000 jobs” for young people. The free zone will be built on a surface area of ​​187 feddans (194 acres), she added.

Nasr said the Aswan free zone is expected to generate an additional $1.1 billion for the country’s gross domestic product (GDP) and increase exports by $675 million a year.

The new free zone involves “the manufacturing of electronic boards, photovoltaic cells and reflector from the 98% silica sand that is found in big quantities there, software and computer applications and their related industries, and jewelry and gemstones that are found in Wadi Allaqi in the southeast of Aswan, the capital,” Nasr noted.

Commenting on the size of the investments, she indicated that “before setting up the free zone, 48 investors submitted applications to be allocated 233,400 square meters, which consists of 44.6% of the total area devoted to investments in the free zone, with $60 million in investments that created 2,318 jobs so far.” She added, "It is a pointer at the importance of the free zone in attracting new investments.”

Nasr said the free zone also involves “the manufacturing of textile, furniture, clothes, carpets and handicrafts manufacturing that the villages of the Nubia region are known for.”

Mohamed Abu al-Qasim, chairman of the Aswan Chamber of Commerce, explained that there are many mines and quarries in the Aswan governorate that make the granite and quartz industries extremely important — in addition to the black sand, which will boost glass production. He indicated that the investors mainly focused on ceramic production, given the available natural gas pipelines in New Aswan.

Speaking to Al-Monitor over the phone, he explained that “the Chamber [of Commerce in Aswan] submitted to the GAFI applications to examine proposals made by businessmen and investors in major industrial fields that should be focused on when setting up the free zone.” Qasim said the free zone seeks to enhance trade with Africa, given the promising market that would greatly help increase Egyptian trade activity.

Commenting on the importance of the free zones the ministry is planning, economic expert Salaheddin Fahmy told Al-Monitor that “the free zones have been an investment pattern distinguishing Egypt and an important mechanism to boost exports and the GDP. This is added to the new jobs they make available, given the many advantages they have such as connecting Egypt to the outside world, the available services and infrastructure in the free zones, and the particularity they have in terms of customs, importation, cash, and the facilitated movement of goods from and out of [the free zones] that would attract investors.”

He explained that there are multiple advantages to investment in free zones. The most important include the absence of restrictions on the nationality of the investor, and the freedom to choose the legal form of the business and establish a [selling] price of the product and percentage of profit. In addition, capital assets, production requirements, exports and imports are exempt from customs duties, sales taxes, or other taxes and fees, Fahmy added. There are also guarantees for the businesses in free zones; most notably, they cannot be nationalized, expropriated, seized or disposed of without resorting to the judiciary, he said.

Fahmy added, “Setting up a free zone in New Aswan is a positive step that will help promote inter-African trade.” He noted that Sudan is "Egypt's gate to Africa, and the promotion of trade with Sudan will help resolve problems of payment and currency exchange.”

He said a railway project linking North Africa to South Africa will facilitate the movement of merchandise in the free zone between Egypt and Sudan. This is because the railway project includes building commercial railways.

Fahmy perceived that Aswan is a very important governorate for trade given that it is very close to the border areas between Egypt and Sudan, and developing it commercially and economically will help recover the Egyptian economy in Africa.

He said there are great resources in Sudan — including significant livestock — from which Egypt can benefit, and he demanded the two countries improve road, sea, air and rail transports to facilitate trade activities between them.

According to data by the Ministry of Investment and International Cooperation published May 9, there are presently "nine free zones involving 1,090 projects with $12.1 billion in capital and $2.1 billion in foreign direct investment, and an investment cost of nearly $26 billion. Such businesses ensured 192,000 jobs."