With Congress threatening sanctions if Turkey acquires the Russian S-400 and the Pentagon warning that Turkey could lock itself out of the F-35 fighter jet program, the Turkish president’s son-in-law took his case directly to President Donald Trump. 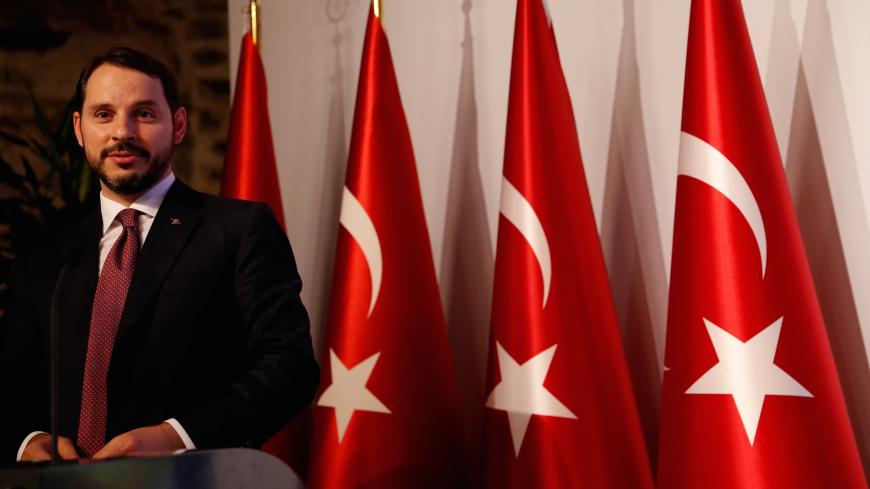 “Yes and no,” according to a member of a senior Turkish delegation visiting Washington this week, suggesting there was still room for negotiation, and Ankara was trying to find a way to avoid a collision course with Washington.

“Politically speaking, we believe we can find a way to address this without having a collision course on this issue,” the senior Turkish official, speaking on condition of anonymity, said Monday. “Solving this would be the biggest part of a positive agenda.”

With Congress threatening sanctions if Turkey acquires the Russian air defense system, and the Pentagon and State Department warning that Turkey could lock itself out of the F-35 Joint Strike Fighter aircraft program and will not receive the fighter jets if it doesn’t scrap the S-400 deal, Turkey is taking its case directly to President Donald Trump.

Trump — in an unusual meeting with a foreign Cabinet official below presidential rank — met with Berat Albayrak, who is Turkey’s finance minister and also the son-in-law of Turkish President Recep Tayyip Erdogan, at the White House on Monday. Joining in the previously unannounced meeting were Jared Kushner, Trump’s son-in-law and senior adviser, and US Treasury Secretary Steve Mnuchin.

Albayrak said Trump gave a “reasonable” hearing to the Turkish position on the S-400.

“He listened in a very reasonable way with a positive understanding to the process regarding Turkey’s needs for the S-400s,” Albayrak told Turkish reporters, according to CNN Turk. “There was a very positive, constructive conversation.”

Congress has ratcheted up warnings to Turkey that it has to choose either the S-400 or the F-35 fighter jet: It can’t have both. A bipartisan group of senators, writing in The New York Times last week, warned Erdogan that unless he canceled the S-400 purchase, “sanctions will be imposed as required by United States law under the Countering America’s Adversaries Through Sanctions Act.”

The Turks appear to be hoping that the Trump White House helps them out of their dilemma, said Alan Makovsky, a Turkey expert who previously served on the congressional staff.

“For months now the Turks have been saying it’s a done deal,” Makovsky, a senior fellow at the Center for American Progress, told Al-Monitor. “Erdogan repeated that after his meeting with [Russian President Vladimir] Putin last week.

“I think the Turks’ thesis has been that Trump will bail them out,” Makovsky continued. “Unlike SACEUR [Supreme Allied Commander Curtis] Scaparrotti and several senior US officials, the White House has never uttered the 'S-400s or F-35s — not both' formula, so the Turks are putting their faith in Trump.”

“Notwithstanding the four senators’ New York Times op-ed, Erdogan and his folks may not understand Congress’ ability and determination to prevent Turkey from taking both,” Makovsky said. “I hear, however, that there are some people in Erdogan’s circle who do see the looming train wreck, understand that Turkey will get the worst of it, and are looking for workarounds, such as taking delivery of the S-400 batteries and then mothballing them.”

Meanwhile, Turkish presidential spokesman Ibrahim Kalin said Ankara would hope Trump will issue a waiver if Congress does in fact impose sanctions. “If it comes to that, that is, the sanctions proposed to be implemented by the Congress, of course we will expect President Trump to use his power for a waiver on that issue," he told reporters in a briefing today.

Turkey has floated various proposals to try to resolve the standoff, so far to little avail from the Pentagon or State Department.

Turkey’s Defense Minister Hulusi Akar, speaking to journalists in Washington on Monday, said Turkey is planning to deploy the F-35s and the S-400s in two different provinces apart from each other, to prevent interaction between the systems.

The Pentagon has previously rejected a proposal made by Turkish Foreign Minister Mevlut Cavusoglu to Secretary of State Mike Pompeo earlier this month to establish a bilateral working group to resolve US concerns about the S-400 possibly compromising the F-35, Al-Monitor has reported.

“A technical working group at this stage isn't necessary or a path the US is even considering as a resolution,” Pentagon spokesman Eric Pahon told Al-Monitor’s Jack Detsch on April 4. “We have been clear with Turkey at all levels — the S-400 is a threat to the F-35 program and the safety of our NATO allies.”

“We proposed to the American side to establish a technical committee to look into the S-400,” the senior Turkish official said Monday. “We do not want the F-35 jeopardized by any Russian technology.”

The Turks suggested they might also consider an improved US offer to buy the US Patriot air defense system, but said they were disappointed in the last US offer they received.

A Defense Department official this month told Al-Monitor that the US could provide Turkey with an interim air defense system until the Patriot batteries could be delivered in 2024, should Ankara forgo the S-400.