Intel: How the US, Turkey got into standoff over Russia’s S-400 air defense system 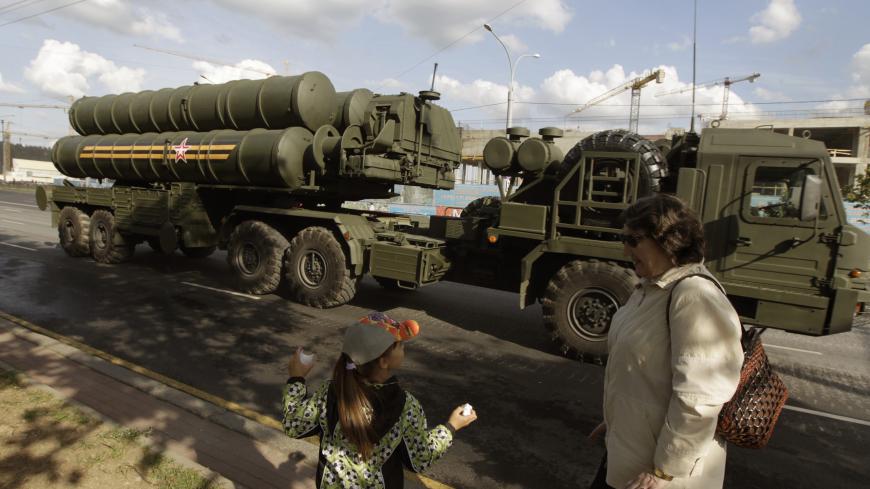 In a visit to the Kremlin on Monday, Turkish President Tayyip Recep Erdogan reiterated his determination to press ahead with the purchase of a Russian missile defense system that has strained ties with the United States.

“We have determined our road map for the S-400,” Erdogan said. “No one can expect us to give up on this.”

Not to be outdone, the Republican and Democratic leaders of the Senate foreign affairs and armed services panels stated unequivocally in a New York Times op-ed today that US sanctions on Russian arms makers preclude the delivery of the US F-35 jet if Ankara moves ahead with the deal to buy the S-400, which the Pentagon fears Russia could use to spy on its aircraft. “By the end of the year,” the senators wrote, “Turkey will have either F-35 advanced fighter aircraft on its soil or a Russian S-400 surface-to-air missile defense system. It will not have both.”

Why it matters:  Turkey’s increasing closeness with Russia has been driving Washington and Ankara apart on a number of fronts, including military sales and negotiations over the future of Syria. Here’s a look back at how the S-400 deal and other irritants have impacted the relationship.

November – A Turkish F-16 downs a Russian jet on a mission in Syria. Moscow retaliates with economic sanctions and deploys S-400s to Syria.

August – Erdogan visits Russian President Vladimir Putin in St. Petersburg in an effort to patch up economic ties. Turkish officials consult with the Russians to deconflict airspace and other operations in Syria.

May – The US begins providing arms to Syrian Kurdish forces for the assault on the Islamic State-stronghold of Raqqa, angering Turkey.

July – Tillerson travels to Istanbul to meet with Erdogan and Cavusoglu.

August – Turkey reshuffles the heads of every branch of its military.

September – Erdogan tells reporters that Turkey has made a down payment on the purchase of the S-400 system and that he and Putin are “determined on this issue.” The deal is reportedly worth $2.5 billion.

October – Turkey reportedly enters talks with the US to buy the Patriot air defense system. A NATO official says Turkey “faces consequences” if it buys the S-400.

December – Turkey’s top defense procurement office confirms it has finalized a contract to acquire the S-400, targeting a 2020 delivery date.

January – Turkey invades the Kurdish-held Syrian city of Afrin, forcing a temporary pause in US-led operations against the Islamic State.

June – Erdogan wins reelection for another five-year term as president. The United States hands over two F-35 jets to Turkey for training at Luke Air Force base in Arizona.

July – US Sens. Lindsey Graham, R-S.C., and Jeanne Shaheen, D-N.H., visit Erdogan in Turkey to demand the release of detained US pastor Andrew Brunson and urge the president to cancel the S-400 acquisition.

August – The Turkish lira drops after the Donald Trump administration imposes sanctions over Brunson’s detention. Cavusoglu says during a visit to Lithuania that Turkey has rejected US warnings to abandon its S-400 purchase in order to salvage the F-35 sale.

October – Secretary of State Mike Pompeo travels to Turkey. Vice Adm. Mat Winter, the F-35 program director, says he doesn’t “see any indication at this time” of a change in plans for the delivery of Turkey’s 100 jets on order from Lockheed Martin.

February – Cavusoglu says the S-400 acquisition is a “done deal.”

March – State Department spokesman Robert Palladino says the Turkish S-400 purchase “will result in a reassessment of Turkey’s participation in the F-35 program,” prompting Cavusoglu to say that “nobody can intervene” in the purchase.

April 4 – A Pentagon spokesman tells Al-Monitor the agency rejects a Turkish proposal to set up a bilateral working group aimed at tempering US fears over the looming S-400 acquisition.

What’s next:  Turkey insists that the S-400 will be ready to be installed by the fall.

Know more:  Defense officials told Al-Monitor’s Pentagon correspondent Jack Detsch reports that the Pentagon has extended a discount offer to Turkey for the Patriot system and offered an interim air defense solution to woo Ankara away from the S-400.