The Pentagon will not consider a Turkish proposal to create a bilateral working group to temper US fears over Ankara’s looming acquisition of the Russian S-400 air defense system. 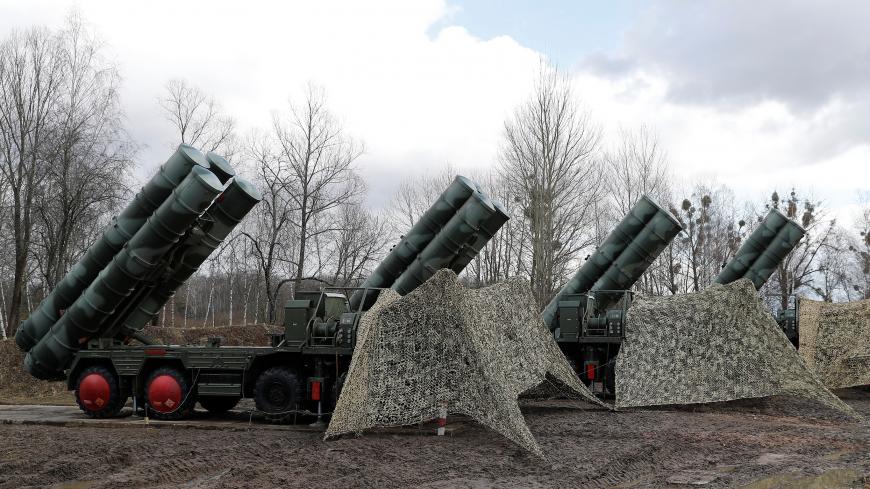 The Pentagon will not entertain Turkey’s plan to set up a bilateral working group aimed at tempering US fears over the looming acquisition of Russian air defenses, the Defense Department told Al-Monitor today.

Speaking at a Washington panel celebrating the 70th anniversary of the NATO alliance on Wednesday, Turkish Foreign Minister Mevlut Cavusoglu again insisted that the purchase of the Russian made S-400 was “a done deal.” But he also floated the idea of creating a bilateral panel to try to quell US fears that the system could give Russia insights into Western weapons systems, including the F-35 fighter jet, for which Turkey builds the fuselage.

Cavusoglu’s pitch for a working group appears to be the newest idea from Ankara to quash tensions over the pending purchase of the S-400, which Turkey insists will not be integrated into NATO networks. But the Donald Trump administration isn’t interested.

“A technical working group at this stage isn't necessary or a path the US is even considering as a resolution,” said Pentagon spokesman Eric Pahon. “We have been clear with Turkey at all levels — the S-400 is a threat to the F-35 program and the safety of our NATO allies.”

The United States had anticipated that the first jets sold to Turkey would be transferred as early as this summer, but the Pentagon halted the delivery of F-35 equipment to the country earlier this week in response to the pending S-400 purchase.

Despite the rising tensions, the United States continues to proceed with Turkish training on the F-35 in hopes that Ankara may come around on the S-400. The Pentagon today delivered two more of the jets to Luke Air Force Base in Arizona, where Turkish pilots are training on the jets before they are flown back to Turkey and formally handed over to Ankara.

The Pentagon appears to already have made its best counter-offer to stave off a potential S-400 sale. In January, Pahon told Al-Monitor, the United States “made our strongest possible offer” with the Patriot missile-defense system, offering fresh batteries, advanced air defense missiles and bilateral coordination on industrial and system development aspects of the program.

“We have provided Turkey the opportunity with Patriot to acquire a NATO interoperable system that will advance our collective security,” Pahon reiterated today.

“As Turkey's ally, we recognize Turkey lives in a tough neighborhood and its acquisition decisions are its sovereign choice,” he added, while adding that the S-400 purchase was “fundamentally incompatible” with the Patriot offer.

Members of Congress are also doubling down on efforts to stop the F-35 transfer if the Russian sale goes through. Last month, 31 lawmakers sent a letter to the leaders of the House Appropriations Committee pushing for legislative language blocking federal funds from being used to help transfer F-35s to Turkey unless the secretary of state certifies that Ankara isn’t moving ahead with the S-400 deal.

Meanwhile, Russia and Turkey remain in talks over the delivery date for S-400 parts, originally slated for May. Turkish President Recep Tayyip Erdogan is set to meet with his Russian counterpart Vladimir Putin in Moscow next week.