The congressional fight over F-35s for Turkey isn’t over

Even as a US deal to sell 100 F-35s to Turkey moves forward with a rollout ceremony this week, lawmakers may deny the transfer of crucial technology needed to operate the jets. 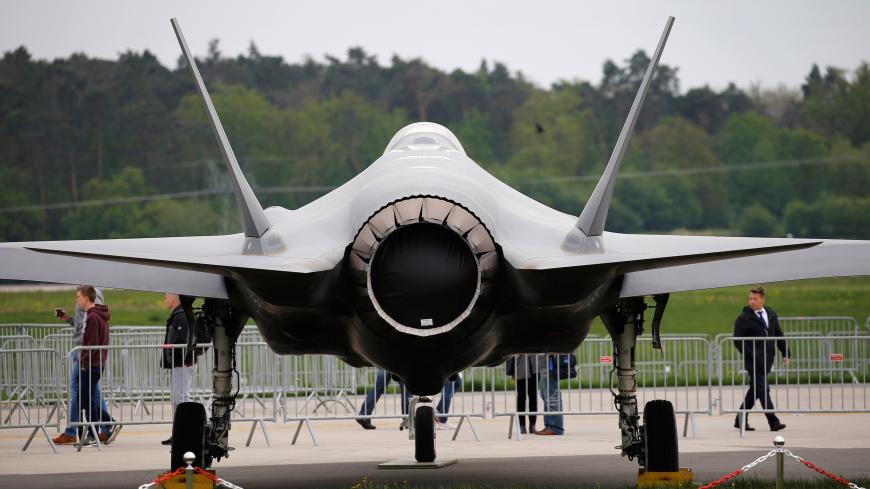 Turkey is taking possession of two F-35 aircraft this week, but US lawmakers may yet deny Ankara critical American technology needed to get the warplanes off the ground.

There appears to be little Congress can do to stop Turkey from obtaining the two jets, the first of more than 100, as Lockheed Martin prepares to hand them over to Turkish pilots at a ceremony in Texas on Thursday. But US lawmakers still have considerable leverage as they consider pending defense legislation that seeks to hold up the sale amid concerns about Turkey’s planned purchase of the S-400 missile-defense system from Russia and its imprisonment of a US pastor.

A US Defense Department official told Al-Monitor that Turkey won’t be able to take the jets home for a considerable period of time, requiring American support to run the F-35’s computerized logistics system and navigate security protocols. That in turn could give lawmakers leverage to deny the use of crucial technology needed for Turkey to operate the aircraft if relations with the NATO ally continue to deteriorate.

Language in the pending Senate bill would deny the transfer of title to Turkey until the Pentagon proposes a plan to remove Turkey from the F-35 construction program, a joint effort between seven nations. Turkey is contributing technology to the jet, including work on the plane’s central fuselage.

Officials from the US State Department and Defense Department acknowledge that the physical transport to Turkey is more than a year away. A separate US defense official said Turkish pilots will begin flying the F-35s purchased in 2016 at Luke Air Force Base in Arizona this summer, training for one to two years per aircraft, while additional air crews and maintainers rotate in as more jets come off the production line. Turkey purchased two jets from a batch of fighters whose construction began in 2016, but the Pentagon remains in negotiations with Lockheed to buy the next lot.

The push in Congress has sparked furious pushback from President Recep Tayyip Erdogan and his government ahead of general elections Sunday. The Turkish government and media have repeatedly framed Thursday’s rollout ceremony of the first couple of aircraft in Arizona as Turkey taking “delivery” of the F-35s despite mounting congressional opposition.

“There have been attempts in the US parliament regarding the F-35 delivery,” Foreign Minister Mevlut Cavusoglu said in a TV interview June 19. “Two fighters will be delivered to us on June 21, and there are also attempts [to block this delivery]. We can’t sustain a healthy relationship as such.”

Cavusoglu went on to encourage closer cooperation between the two NATO allies, pointing to the US-Turkish agreement on pulling US-backed Kurdish fighters out of Syria’s Manbij as a model. But even as his diplomats seek to play down the rift, Erdogan has been fueling congressional ire, most recently by publicly musing about jointly working with Russia to produce an even more advanced missile defense system, the S-500.

But the yearlong lull between the delivery and transfer of the jets leaves time for US action.

In addition to the pending defense bill, Secretary of State Mike Pompeo also has the option to penalize Turkey under a 2017 law that calls for sanctions against purchasers of certain Russian military equipment, including the S-400. NATO and US officials have openly warned that Russia could snoop on sensitive American technology onboard the F-35 amid Turkey’s tightening relationship with Moscow.

“This is a very tenuous situation,” John Venable, a former Air Force colonel now with the conservative Heritage Foundation, told Al-Monitor. “All you need is a hangar and Russian technicians going in and starting to dismantle it.”

A Turkish official, speaking on condition of anonymity, insisted that the aircraft would be sent to Turkey after pilots train in the United States, but did not offer a timeline.

There’s precedent for US sanctions derailing foreign military sales. In 1990, the George H.W. Bush administration canceled the sale of 18 F-16 fighter jets to Pakistan after nuclear-related sanctions came into force, leaving the planes stranded in an Arizona boneyard. And Iran canceled $10 billion in long-standing orders for American military equipment, including F-16 jets, after the 1979 Revolution.

Turkey’s participation in the program could also be short-circuited by Erdogan’s recent purges of the military following the failed 2016 coup. According to an Al-Monitor analysis, Turkey dismissed 280 pilots based on alleged links to the plot, meaning it could take at least three years to get the Turkish air force back to pre-coup form.